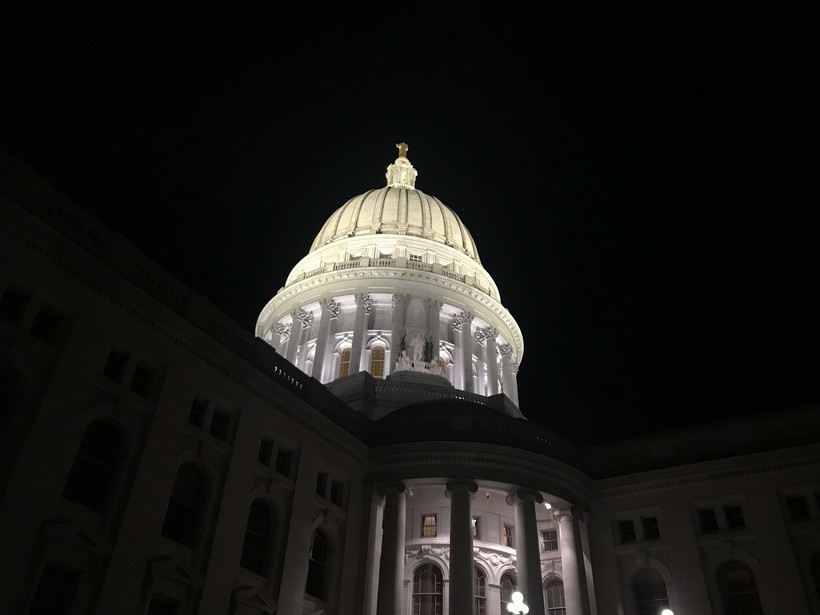 Republican lawmakers used what could be their final session day of 2022 to officially reject Gov. Tony Evers' plan to spend a projected budget surplus on $150 payments to every Wisconsin resident.

Republicans in the state Senate did approve a wide range of bills that would dramatically change the education system in Milwaukee, prevent future government restrictions to address pandemics and expand gun rights, among other issues. Many of the bills are almost assuredly headed for vetoes.

The day offered a snapshot of what is now a familiar dynamic of divided state government in Wisconsin, although Republicans sent several other bills to Evers' desk that he's likely to sign, including a plan that would fund a replacement for the Lincoln Hills School for Boys.

Here are some of the highlights from Tuesday's legislative action:

GOP lawmakers officially gaveled in and gaveled out of the special session Evers called to address his plan for spending a projected $3.8 billion budget surplus.

Evers' proposal would have spent roughly $1.7 billion of the projected surplus, with the bulk going to $150 tax rebates for every Wisconsin resident. The governor's plan would have also spent about $103 million for an income tax credit for caregivers, $139 million for higher education and $610 million for K-12 education.

The tax rebates at the heart of Evers' plan bore similarities to a child tax credit Republican lawmakers passed and Gov. Scott Walker signed in 2018.

"Republicans are selfishly playing politics by sitting on a projected $3.8 billion surplus until next year while the people of this state watch prices on everyday items go up," said Evers in a written statement criticizing Republicans.

GOP lawmakers adjourned the special session without debate. They'd previously called the governor's plan an election year gimmick, though they objected when Democrats made similar remarks to describe Walker's plan four years ago.

At the same time, GOP lawmakers approved a package of bills that would dramatically reshape education in Wisconsin, especially in Milwaukee.

One of the plans would break up Milwaukee Public Schools into four to eight smaller school districts, a move backers said would help cut through the existing district's bureaucracy.

The lone Republican to vote against the plan, Sen. Dale Kooyenga, R-Brookfield, said the way to fix the problems at MPS is to increase funding to charter schools and private voucher schools, among other steps. He said dividing the district into smaller districts was not the answer.

"If you have zero percent reading efficiency divided by eight, do you know what the answer is? It's still zero percent," Kooyenga said.

Democrats opposed the plan, but for different reasons than Kooyenga. Sen. Latonya Johnson, D-Milwaukee, said it ignored the needs of MPS.

Backers of the plan did not speak Tuesday, but in the past, Republican supporters have argued the state needs to try something new with MPS, arguing more funding would not address the district's needs.

Additionally, on Tuesday, Republican senators passed a bill on a strict party-line vote that would eliminate the income and enrollment caps for the private school voucher program.

They also approved a so-called "parental bill of rights" that would give parents the power to object to school lesson plans and their own children's pronoun preferences. Parents, under the bill, can opt out of a class or instructional materials based on religious reasons or "personal conviction."

It passed the Senate 19-12 with Sen. Robert Cowles, R-Green Bay, joining Democrats in voting against it.

As they have repeatedly over the past two years, Republicans also passed bills that would limit the power of the state and local governments to address COVID-19 or other pandemics in the future:

The state Senate also gave final approval to several proposals that would use federal funds from the American Rescue Plan Act, or ARPA, to recruit and retain police. They would:

Senators also sent a bill to the governor's desk that would let someone who has a concealed carry permit possess a firearm in a place of worship located on the grounds of a private school.

Under the plan, the private school would also have to have a written policy that allows concealed weapons.

Lawmakers have already approved other gun bills in recent weeks, including one that would let people with concealed carry permits keep guns in their cars on public school grounds.

But senators did not concur with a bill that passed the state Assembly that would have lowered Wisconsin's minimum age for concealed carry permits from 21 years old to 18 years old. That means the bill won't pass this legislative session.

Senators also gave final approval to a plan to borrow roughly $42 million to fund a replacement for the Lincoln Hills School for Boys.

While the funding appeared in doubt just a few weeks ago, it received repeated bipartisan votes in the Legislature. Evers has hinted he will sign it.

Once the state chooses a site for the new juvenile facility, it will have to be approved by the local community's city council or town board.

Senators did not send a bill to the governor's desk that was aimed at helping poll workers count absentee ballots in communities like Milwaukee.

The plan would have allowed central count locations to begin processing absentee ballots from 7 a.m. until 8 p.m. the day before the election.

While the plan enjoyed broad support among Republicans who run the Legislature, GOP activists who continue to cast doubt on the results of the 2020 presidential election have worked to kill it over the past week.

Senators also approved a proposed constitutional amendment that would prevent governors from unilaterally spending federal funding in the future without the Legislature's approval.

An identical plan would need to pass the Legislature next session and be approved by voters statewide to become law.