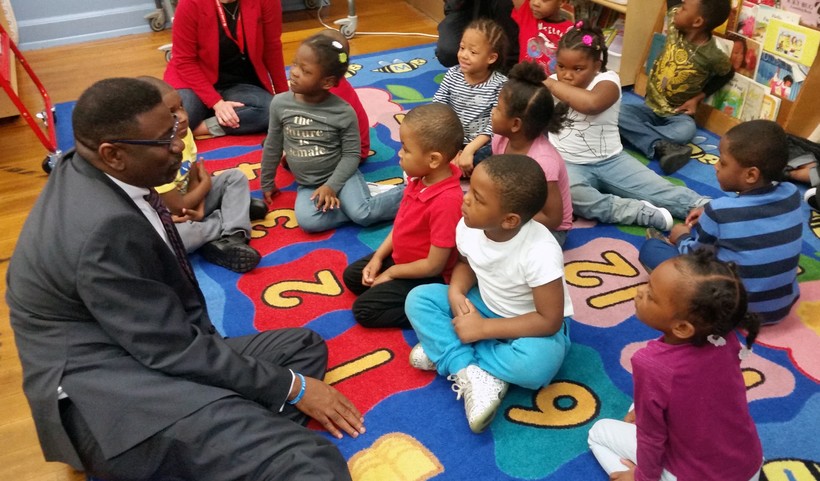 Republican lawmakers in the Wisconsin Legislature defended their plan to break the state's largest school district into between four and eight smaller districts at a Wednesday hearing.

The hearing also covered proposals to remove income limits for the state's school choice programs and institute a parental bill of rights.

The bill, which has support from conservative groups like the Institute for Reforming Government, is not the first proposal to change the structure of MPS — a 2009 bill backed by Democrats floated the idea of a mayoral takeover of the school district, and a Republican plan later that year suggested breaking the district into eight smaller districts. In 2015, the Opportunity Schools and Partnership Plan, also sponsored by Darling, would have allowed Milwaukee County to take over struggling public schools.

This plan would have MPS divided by July 2024. The current plan targets only Milwaukee, though the bill's sponsors noted they would be open to expanding it to break up other school districts if needed.

"We're starting here because as has been said in other committees that I'm in, Milwaukee is the biggest economic engine in this state," said Rep. Robert Wittke, R-Racine, who introduced the bill. "The Legislature has to pick up and do something."

Other lawmakers and several people who testified against the bill said it would be disruptive to students without making outcomes better.

"I realize the bills that you're taking up currently, including this one aimed at dissolving Milwaukee Public Schools, may feel appropriate and in alignment with other tactics inflicted on urban communities across the country," said Jennifer Hofschulte, president of Parents for Public Schools Milwaukee. "But really, there are actually useful tactics we could take together to have a near-immediate effect on student outcomes."

MPS superintendent Keith Posley highlighted current programs in the district that he said are already improving student outcomes, and urged lawmakers to give school districts the resources to expand and support those programs.

"I'll be the first to say we need to make improvements," Posley said. "I have the same commitment and zeal for all those children that go in the doors of the Milwaukee Public Schools, I want to see them be as successful as anyone else — and I would say I want to say, even greater than others."

The bill must still be voted on by the Assembly Committee on education before it reaches the full Assembly. If passed, Gov. Tony Evers has said he would veto the plan, though gubernatorial candidate Rebecca Kleefisch tweeted her support for the measure.