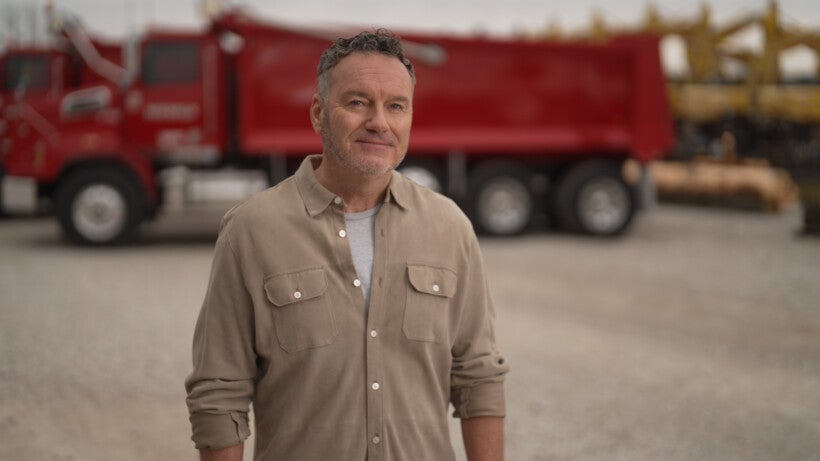 Trump's record is mixed in 2022, but his endorsement has proven critical in some GOP primaries
By Shawn Johnson
Updated:
Thursday, June 2, 2022, 8:55pm
Share:

While Trump's endorsement record has been mixed this year, in some states, his support has been enough to help one candidate emerge from a crowded Republican primary. Michels and Kleefisch both visited Trump's Mar-a-Lago resort in Palm Springs, Florida to make personal appeals to the former president.

"Wisconsin needs a Governor who will Stop Inflation, Uphold the Rule of Law, strengthen our Borders (we had the strongest borders in history just two years ago, now we have the weakest!) and End the well-documented Fraud in our Elections," read a written statement from Trump Thursday night. "Tim Michels is the best candidate to deliver meaningful solutions to these problems, and he will produce jobs like no one else can even imagine."

The endorsement gives Trump a chance to claim bragging rights in Wisconsin, two years after he narrowly lost the state and two years before he could be on the ballot again. Kleefisch is backed by former Gov. Scott Walker, once the undisputed leader of Wisconsin Republicans who helped build the state party into one of the nation's strongest. Walker has campaigned for Kleefisch, but his support never came close to clearing the field.

Kleefisch also fell just short of winning the official endorsement of the state Republican Party at its annual convention last month. Roughly 55 percent of the GOP delegates who attended picked Kleefisch as their top candidate for governor, leaving her short of the 60 percent threshold she needed to win the endorsement, and the financial backing that goes with it. Forty-five percent of delegates said they wanted no endorsement, leaving the door open for candidates like Michels.

Kleefisch released a statement shortly after Trump's endorsement, promising to win the primary and the governor's race regardless.

"If I know one thing about President Trump, it's that he likes winners, and I'm the only person in this race who has won statewide — not once, but four times," Kleefisch said. "Our campaign will win this primary with our hardworking team of activists, volunteers and grassroots efforts. Then we will beat Tony Evers."

"I appreciate President Trump’s endorsement and vote of confidence," Michels said. "This is a tremendous boost to our efforts and a continuation of our astounding surge since I entered the race."

Trump's announcement Thursday was also a setback for the two other Republicans running for governor, Kevin Nicholson and state Rep. Tim Ramthun.

Ramthun, an election conspiracist who made a name for himself by calling on the Legislature to decertify President Joe Biden's 2020 victory in Wisconsin, also reportedly visited Trump's Mar-a-Lago resort. Shortly before Ramthun entered the race for governor, Ramthun told Rolling Stone that Trump had personally called him to praise Ramthun's efforts, asking whether there was anything he could do to help the state representative from Campbellsport.

"The will of the voters will see Wisconsin to victory, thats if we count the votes," said Ramthun in a statement issued after Trump's endorsement. "I am resolute in that fight. You know me. I’m Tim. Not just any Tim though, I’m #TimTime Tim."

Nicholson was reportedly the only Republican who had not visited Trump asking for his endorsement. The former Marine and 2018 U.S. Senate candidate has generally praised Trump but portrayed himself as an outsider, even as his campaign has benefited from the financial support of billionaire GOP megadonor Richard Uihlein.

"President Trump has been effective at identifying many of our nation's problems," Nicholson said in a statement Thursday night. "But the race to replace Tony Evers as governor isn't going to be won by endorsements; it will be decided by thousands of hard-working Wisconsinites on election day."

Michels made no secret about pursuing Trump's backing. In late April, on the day he formally announced his candidacy, Michels told WISN-AM that when he met with Trump, the two had had been scheduled to talk for about 20 minutes. Michels said they ended up talking for more than an hour, with much of the discussion dominated by their mutual interest in construction.

"We have a little bit in common there," Michels said at the time. "He's a developer. I'm a guy that builds things. But he asked very insightful questions about how do you build a subway under New York City in Manhattan? How do you build a pipeline? How does this tunnel boring machine work? And his mind was so sharp. I was really impressed with some of the questions that he was asking."

In the world of Republican politics, Trump is currently without peer when it comes to his ability to influence a sizable portion of the GOP base.

Chergosky stressed that the endorsement itself would not decide the governor's race but said it undoubtedly marks a turning point, especially when Michels has shown a willingness to spend his personal wealth on a barrage of TV advertising.

"It very quickly will make Tim Michels the front-runner in the Republican gubernatorial primary," Chergosky said. "It absolutely makes him the favorite."

Trump's endorsements have been game changers in some races. In the Ohio U.S. Senate race, Trump announced on April 15 he was supporting author J.D. Vance in the Republican primary even though Vance was not leading in the polls. On May 3, Vance narrowly won the primary. In the Pennsylvania U.S. Senate primary, Trump endorsed TV personality Mehmet Oz in the GOP primary on April 10 when Oz was trailing the GOP frontrunner. While a recount in Pennsylvania's GOP primary is ongoing, Oz narrowly led the race based on a preliminary vote count on election night.

Trump's relationship with Wisconsin Republicans has at times been complicated. Ahead of the state's April 2016 presidential primary, Republicans like Walker campaigned against Trump, hoping that by supporting Texas U.S. Sen. Ted Cruz they could make the state a "firewall" that would block Trump's path to the Republican nomination.

But Trump shocked by political world when he became the first Republican since Ronald Reagan to win the state in November 2016, as Wisconsin Republicans from Walker to former U.S. House Speaker Paul Ryan lined up behind him.

Trump came close to winning Wisconsin again in 2020 but fell about 21,000 votes short to Biden, a victory affirmed by a statewide canvas, a partial recount, multiple court decisions and a nonpartisan audit. Despite overwhelming proof that he lost the last election, Trump's post-2020 brand has been built on repeating the false assertion he won.

Democrats issued a statement Thursday saying Trump's endorsement would only deepen "the alarming division and extremism of the Wisconsin Republican Party."

"The GOP is now more divided than ever — Wisconsinites can expect the primary fight to only get worse," read a written statement from Democratic Party of Wisconsin Chair Ben Wikler. "Trump’s divisive brand of politics paired with Michels’ extremist and out of touch views is a recipe for disaster. The irony is that Michels claimed he’s ‘tired of Republicans fighting in public’ — but sought the endorsement of America’s biggest bully anyway."

Trump's endorsement increases the likelihood of a competitive GOP primary, one that could force Republicans — especially Michels and Kleefisch — to focus on each other rather than criticize Democratic Gov. Tony Evers. While Evers and other Democrats face strong political headwinds this year, his approval rating has remained strong in multiple polls this year from Marquette University Law School.