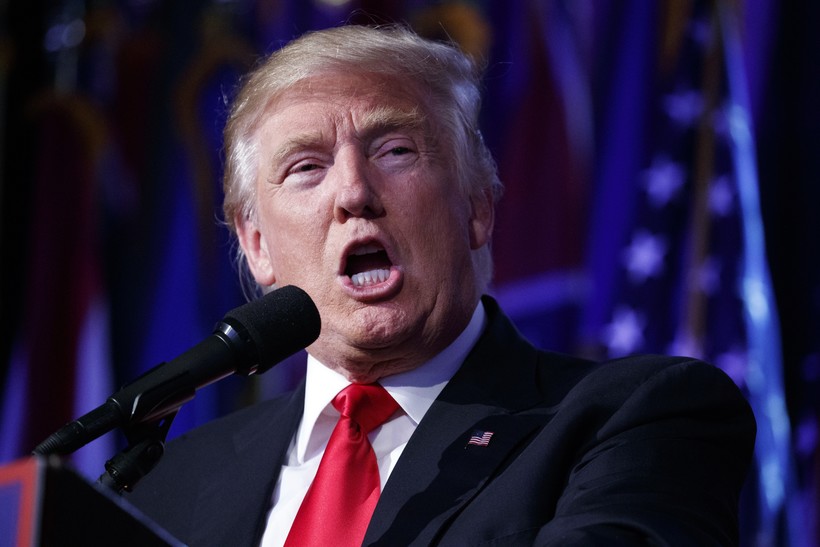 Donald Trump has clenched Wisconsin’s 10 electoral votes, according to the Associated Press, making him the first Republican presidential candidate since 1984 to do so.

The state was what put Trump over the edge in the race for the 270 Electoral College votes. The race was called by AP at 1:30 a.m.

Trump wasn't the only Republican to win Wisconsin on Tuesday. U.S. Sen. Ron Johnson,  who had been criticized for supporting Trump by challenger Russ Feingold, won a second term with about 52 percent of the vote.

Trump campaigned in the state many times, winning over anti-Trump forces that helped fuel his defeat here in the Republican primary. He won the backing of high-profile Republicans, including Gov. Scott Walker and Johnson.

In a statement, Walker said Trump's victory over Clinton is "a win for taxpayers and a win for America." And he said, "Our leaders should look to Wisconsin and be willing to make the decisions needed to enact serious reforms."

In his own statement, House Speaker Paul Ryan, R-Janesville, called Trump's win an "incredible victory," but Ryan said work now must turn to "bringing the country together."

Ryan said Trump's win is a "repudiation of the status quo of failed liberal progressive policies."

Clinton had been confident of her chances in Wisconsin. She did not campaign there after losing the April primary to Bernie Sanders, although she did dispatch running mate Tim Kaine and others to rally supporters on her behalf.

Editor's note: This story has been updated to include comments from Scott Walker and Paul Ryan.