"Music is magical." That’s the way singer-songwriter Kari Arnett described the process of creating her latest album, "When the Dust Settles."

In a time of division in our world along political, religious, economic and philosophical lines, the 100th anniversary of Pete Seeger's birth is a chance to honor someone who, as he once said, "sang for everybody."

With Earth Day upon us and in memory of one of the inspirations for the holiday, here are a few songs by folk musicians that are about birds, but really are about the bigger picture, too.

For Folk Duo Patchouli, Inspiration Comes From Both Outside, Inside The Music

Julie Patchouli and Bruce Hecksell, who perform as the folk duo "Patchouli, said their song, "The Woods," has become something of the pair's musical mantra.

In honor of April Fools' Day, the WPR's music staff had fun putting together a collection of personal favorites. 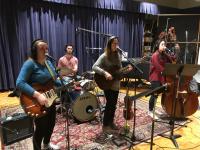 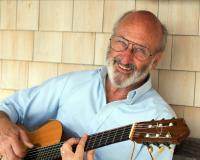 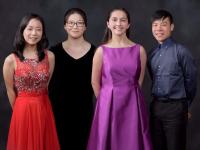 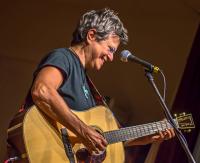 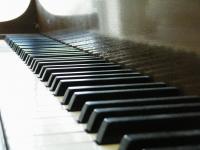 Bluegrass, like so many genres of music, is a mix of styles: old-timey string band music, with a little bit of blues and jazz from down South, some English and Scottish influences from the Appalachian Mountains, and a pinch of gospel music as well. The members of Nashville quartet the Barefoot Movement share how they came upon their version of bluegrass music. 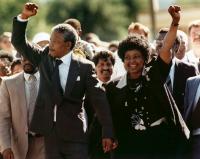 Love, gained and lost, is one of the most common themes in all music. In honor of Valentine’s Day, WPR's Music Staff shares some wide-ranging personal favorites, from the familiar to the unexpected.

Norman talks to Kathryn Smith, General Director of the Madison Opera, about their upcoming production of Stephen Sondheim's "A Little Night Music" on February 8 and 10 in the Capitol Theater in Madison. They play and discuss several excerpts from the opera. 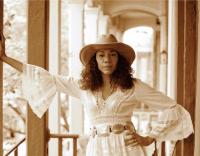 Martha Redbone shares her varied experiences and family background through her music, including a song from an onstage interview for "Simply Folk."

Johnsmith is from Trempeleau County in Wisconsin’s Driftless region, and...

WPR’s Lori Skelton hosts this national series of broadcast concerts by the Milwaukee Symphony Orchestra. The 13-part series will air Sundays starting Jan. 6, 2019, at 2 p.m. on the NPR News and Classical Music Network, and on the Classical HD Network. 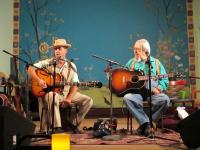 Lil Rev and Larry Penn talked with "Simply Folk" host Stephanie Elkins back in September 2013 when they shared a performance of their classic, "I'm a Little Cookie."

The WPR music hosts love sharing holiday music with listeners each season. They also have their own favorites — including recordings with meaningful associations.

We Banjo 3 is a four-piece string band from Galway, Ireland, that plays a blend of music they call "Celtgrass."  This recording is from an in-studio interview the group did on "Simply Folk" on May 5, 2016.

Rivka Maizlish is a doctoral student in the history department at the University of Wisconsin-Madison, with a focus on folklore, particularly folk music. She stopped by WPR to talk with Dan Robinson, the host of "Simply Folk," about folk music and her work as a folk historian.

WPR's Sheila Shigley had the good fortune to interview Wisconsin-born artist Jeffrey Foucault this summer, and to capture some great tunes in Buck Studio -- take a listen! 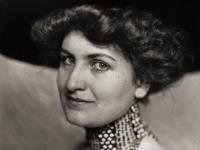 Art Stevenson and High Water at the 2018 Shindig!

Art Stevenson and High Water brought their brand of traditional bluegrass, sterling instrumental work, and wonderful harmony singing to the Simply Folk Shindig this past June. They’ve been at the heart of the Wisconsin string band community for years, and the crowd loved their performance this summer!

Joseph Huber and his band brought their high-energy show to Rothschild and the 2018 Simply Folk Shindig in June. Joseph had the crowd up and dancing for most of his performance! 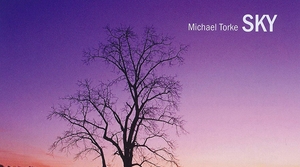 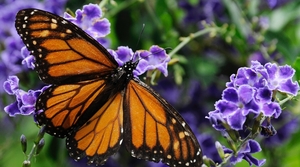 Late summer brings us overflowing vegetable gardens, crops nearing harvest time and also plenty of crawling and buzzing things. There’s lots of great music inspired by our summertime companions. The WPR Music Staff has put together a fun list of things to listen to, including some interesting pieces that might be new discoveries for many of us.
Eilen Jewell Likes To Go To The Source 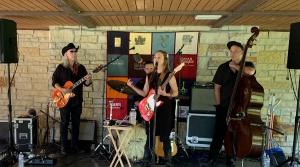 When so often the latest thing is considered the greatest thing, Eilen Jewell prefers her music with the word "early" in front of it.
Bion Tsang Plays Dvorak And Enescu 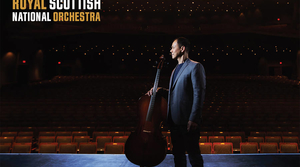 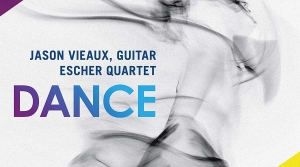 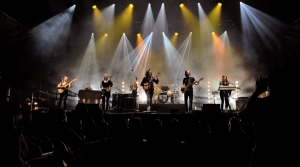 Music lovers of all ages flocked to Saint Charles, Iowa, over the weekend for the fifth Hinterland Music Festival. Over the course of three days, headliners Hozier, Jason Isbell and the 400 Unit, and Brandi Carlile brought Hinterland its most impressive lineup yet.
'Romance' and 'Inspiration' From Siblings Sheku And Isata Kanneh-Mason 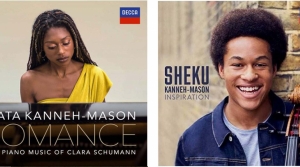 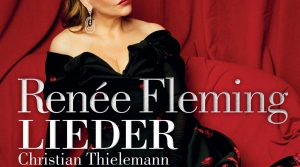 Soprano Renée Fleming's new release includes lieder by Brahms and Schumann for voice and piano, and Mahler’s "Rückert-Lieder," performed with the Munich Philharmonic.
Mary Gauthier Works Her Musical Alchemy For Herself And Others 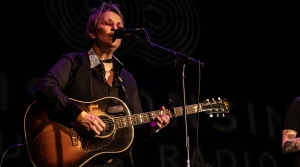 "I have this magic six-string machine that takes pain and turns it into something beautiful," said musician Mary Gauthier, describing her process of turning trauma into redemptive music.
The New York Concert 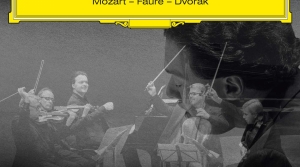 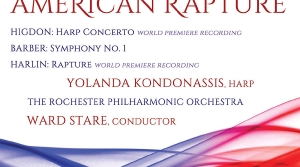 Harpist Yolanda Kondonassis and the Rochester Philharmonic Orchestra under Ward Stare team up for a world premiere by Jennifer Higdon; the recording also includes a world premiere by Patrick Harlin and the Barber Symphony No. 1.
Folk Music Travels The Galaxy 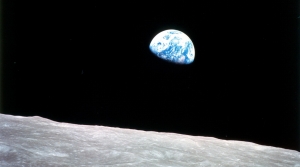 July 20 marks the 50-year anniversary of the first humans on the moon, when Apollo 11 landed on the lunar surface. If you could pick a soundtrack to go with space travel, what would it include?
WPR Music Hosts Share Songs Of Summer 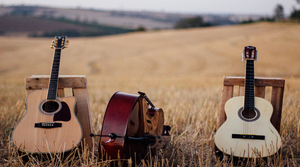 Now that summer is finally here, the WPR music staff has put together a collection of music that evokes the warm summer months.
Pavarotti: Music From The Motion Picture 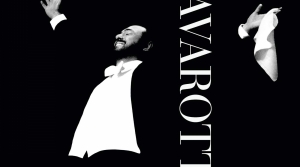 Soundtrack from the documentary "Pavarotti" by Ron Howard.
Yellow-Bellied Sapsuckers Take A Variety Of Approaches To Old-Time Country 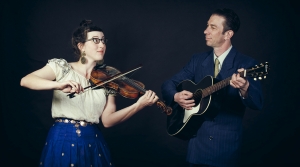 For the Yellow-Bellied Sapsuckers, variety is the spice of life. The Soldiers Grove-based duo of Nikki Grossman and Joe Hart came out with an album in 2018 titled, "Don't Think About Tomorrow Tonight."
Bruckner: Symphonies Nos. 6 & 9 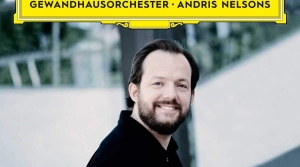 Another installment in the cycle of Bruckner symphonies from the Gewandhaus Orchestra and their new conductor, Andris Nelsons.
'Simply Folk' Celebrates 40 Years With Shindig Featuring Dom Flemons, Mary Gauthier 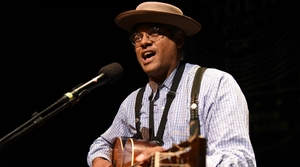 Almost 700 people gathered on June 7 at Shannon Hall on the campus of the University of Wisconsin-Madison to celebrate four decades of "Simply Folk" with a concert by three fantastic performers.
For Dads, It’s About Love — Mistakes And All 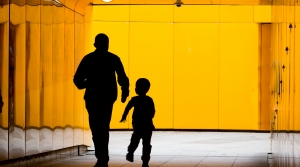 On this Father’s Day, it's good to take a moment to reflect on our experience of being a dad or having a dad, even if that father isn't around or the relationship is complicated. Music helps us do that in powerful ways.
Midsummer's Music Celebrates Live Performances 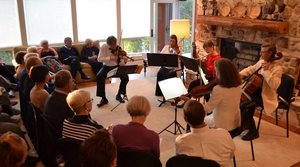 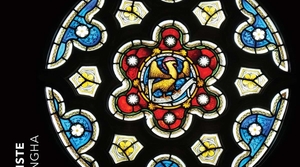 Sacred choral music performed by the Choir of St. John's, Cambridge celebrates the 150th anniversary of the college chapel and the choir's 100th recording.