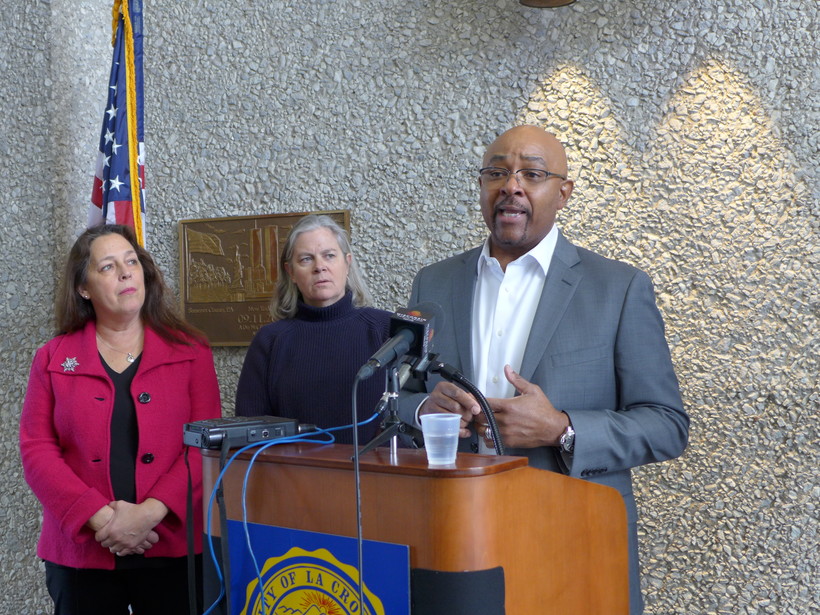 The head of the Wisconsin Department of Natural Resources is warning state lawmakers that a lack of funding is a threat to identifying and addressing contamination from so-called forever chemicals known as PFAS.

PFAS contamination has been found at more than 50 sites statewide, including the Town of Campbell where thousands of residents on French Island were recently offered bottled water by the state due to well water safety concerns. The chemicals have also prompted advisories on consuming smelt from Lake Superior and fish from Starkweather Creek in Madison, as well as deer liver near Marinette.

PFAS has been linked to serious health problems, and Cole told lawmakers that insufficient funding for efforts to identify PFAS contamination poses a threat to state residents and the environment.

"You have to allow us to do that," said Cole. "You have to give us the leg up on this particular chemical, and start to fight the good fight to get rid of it, and then focus on the places where it is."

The governor’s proposed budget includes $20 million in one-time funding for the DNR over the next two years to provide assistance and resources for local communities affected by PFAS contamination, as well as 11 new positions to carry out the state’s PFAS action plan. It would also include funding for testing public water supplies, as well as $1 million to assist with collection and disposal of firefighting foam that contains PFAS.

Perfluoroalkyl and polyfluoroalkyl substances, commonly called PFAS, are manmade chemicals found in firefighting foam and everyday products. They don't break down easily in the environment, and they’ve been linked to health problems, including some cancers, thyroid disease and reproductive issues.

Cole said PFAS contamination is becoming a crisis of economic development as tourists who seek out outdoor recreation, hunting or fishing opportunities may go elsewhere if they fear for their health.

"The health of our people and the hunting heritage that we have are inextricably linked. You cannot have one without clean water and clean soil, and so we have to be prepared for folks making some determination either not to show up here, sell their properties, move, close the store," said Cole. "There's too much at stake, and if we have the capacity to remove these chemicals off the landscape as we have before, please trust us to do it again."

Many GOP lawmakers and industry have been at odds with regulators over the state’s handling of PFAS contamination, which has resulted in the weakening of an emergency rule to enforce a new law banning the use of firefighting foam that contains PFAS.

The state’s largest business group, Wisconsin Manufacturers and Commerce (WMC), has filed two lawsuits against the agency for conducting wastewater sampling of PFAS and requiring businesses to investigate the chemicals in environmental cleanup programs. WMC has argued the DNR does not have authority to conduct such work since state standards don’t yet exist.

On Tuesday, WMC and the DNR reached an agreement not to publicly release the results of wastewater sampling at permitted municipal and industrial facilities until the court rules whether the state can test for the chemicals. The agreement replaces a temporary restraining order that allowed sampling to continue while barring release of the information.

The DNR is developing state standards for the chemicals in groundwater, surface water and drinking water. The Wisconsin Department of Health Services has recommended a groundwater standard of 20 parts per trillion for PFAS chemicals. The U.S. Environmental Protection Agency has also yet to develop standards, but it has established a health advisory level of 70 parts per trillion.

Cole also made the case Wednesday for Evers' proposal to reauthorize the Knowles-Nelson Stewardship Program through $70 million a year in bonding over the next decade — more than double the amount the state has been authorized to spend in recent years. Republican lawmakers on the state’s Joint Committee on Finance questioned the amount of money invested in the program and how much land should be set aside for public use in Wisconsin.

"This will allow Wisconsin to continue its proud legacy of conserving our natural resources and promoting a sustainable economic growth pattern," said Cole.

The land purchase program has set aside around 723,000 acres of land over the last 30 years, Cole said.

Sen. Duey Stroebel, R-Saukville, questioned the amount of debt service the state owes annually on the program. The Legislative Fiscal Bureau said around $67.9 million in general fund revenues is devoted to debt service in the current fiscal year, which makes up around two-thirds of the roughly $106 million of general purpose revenues for the DNR’s budget.

He noted some counties have a significant amount of land that’s publicly owned.

"When is enough, enough? Statewide, we're even at 20 percent of public ownership of lands," said Stroebel. "Every time that property comes off a tax roll, it impacts that local community, their ability to raise money, and their ability to progress and so on."

Supporters of the program, who want to see it reauthorized for another decade, highlight broad public support for land conversation. Groups like the Nature Conservancy in Wisconsin have argued that public land is critical for the state’s $24 billion forest economy and $7.8 billion outdoor recreation economy.

Cole argued there are still a myriad of lands or ecosystems that need protection in Wisconsin. The state has set a goal to acquire around 2.2 million acres of land.

Under the budget proposal, annual permit fees for concentrated animal feeding operations, better known as CAFOs, would increase by $200 from $345 to $545. The governor’s budget also recommends a new five-year CAFO permit renewal fee of $3,270. The fee increases are similar to proposals Evers brought forward two years ago.

State Sen. Joan Ballweg, R-Markesan, questioned the purpose of increasing those fees and took aim at the DNR for the agency’s ongoing backlog of CAFO permits. She noted the current budget added four new positions to assist with CAFO permitting.

"It has been a pattern with the department to be behind when it comes to wastewater permitting and enforcement," said Ballweg.

Cole said the DNR has a 25 percent backlog on CAFO permits due to staff turnover and vacancies. He said they need more full-time positions to address the needs of large farms.

"That fee increase is intended to make sure that we can get to locations and get that hiring process done in a faster manner so we can meet their needs," said Cole.

The DNR expects to generate around $90,000 each year in additional revenue for the state’s CAFO program, a DNR spokeswoman said. The state has around 319 farms that are operating under CAFO permits.

A 2016 audit first revealed issues within the agency's wastewater program, finding the agency failed to follow its own policies on enforcement more than 94 percent of the time over a 10-year span. The Wisconsin Dairy Business Association has said in the past the permit backlog can harm farmers seeking to expand operations.

Several Republican lawmakers on the committee also questioned the DNR’s effectiveness as many state employees continue to work remotely during the pandemic. Lawmakers approved a GOP proposal that included a requirement for state employees to return to in-person work, but that was vetoed by Evers.

Republican Sen. Howard Marklein, committee co-chair, detailed an incident where he alleged a DNR staff member couldn’t come out to inspect or repair a culvert due to pandemic safety precautions.

"When are you going to let employees do their job?" said Marklein, of Spring Green.

DNR Deputy Secretary Todd Ambs said around 75 to 80 percent of staff are working remotely, but insisted employees are "just as busy and productive as ever."

"We’re out there getting the job done," said Ambs.

He noted DNR staff responded to more than 700 forest fires last spring during the pandemic, adding that staff continue to respond to natural resource emergencies like forest fires and floods.

Cole said individual reports of staff not being available to perform their duties do not represent the agency staff as a whole.

"We know that we're living in the middle of a pandemic and safety — it has to be paramount," said Cole. "We'll get back in the office."

Editor's note: This story has been updated on Thursday, April 8, 2021, to reflect that the DNR expects to generate $90,000 annually through increased fees in the CAFO permitting program — not $275,000 annually as previously reported.