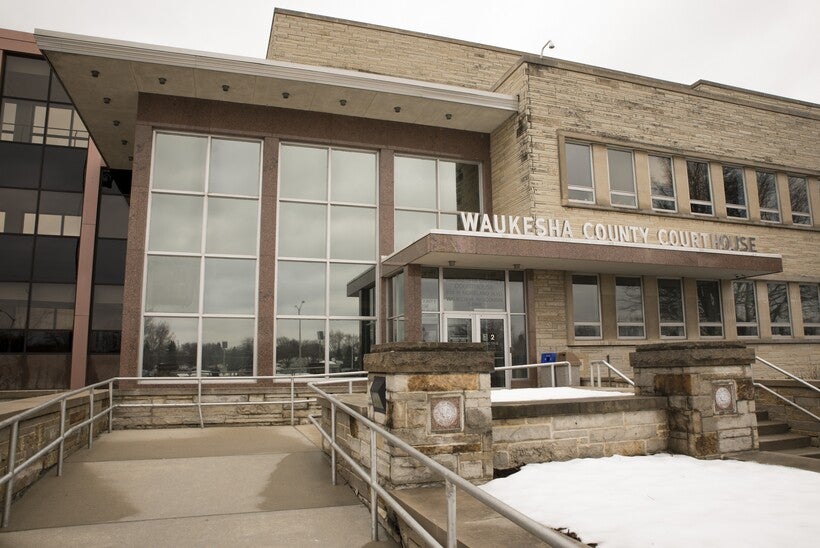 A new lawsuit alleges the Wisconsin Department of Natural Resources is overstepping its authority by requiring businesses to investigate and clean up PFAS chemicals as part of state environmental cleanup programs.

The complaint was filed Tuesday by Wisconsin Manufacturers and Commerce (WMC) and Oconomowoc-based dry cleaner Leather Rich in Waukesha County Circuit Court against the agency, DNR Secretary Preston Cole and the Natural Resources Board.

The state’s largest business lobbying group argues the DNR is unlawfully asking businesses to test for PFAS as a hazardous substance under the state’s Remediation and Redevelopment (RR) Program and Voluntary Party Liability Exemption (VPLE) Program. The VPLE Program exempts participants who clean up a contaminated site from future liability if historical contamination is found.

WMC and Leather Rich are asking the court to bar the DNR from regulating emerging contaminants like PFAS. Lucas Vebber, executive director of the WMC Litigation Center, said they're not contending the DNR could never regulate PFAS.

"What we asked in a lawsuit is simply for the court to declare that when DNR wants to impose regulations under these programs, that they go through the state law process, as they do in other areas as well," said Vebber.

Perfluoroalkyl and polyfluoroalkyl substances, commonly called PFAS, are manmade chemicals found in firefighting foam and everyday products, and they don't break down easily in the environment. The chemicals have raised concerns because they’ve been linked to health problems, including cancer, thyroid disease and reproductive issues. PFAS contamination has been identified at more than 50 sites statewide, including sites in Marinette, Superior and Madison.

The complaint argues the state bypassed the rulemaking process as part of issuing an interim decision that requires participants in the voluntary cleanup program to test for PFAS and address contamination before the DNR certifies they completed the program. WMC and Leather Rich want the court to find the decision is an unlawfully adopted rule and declare that policy along with certain PFAS standards for cleaning up contamination as "invalid and unenforceable."

No state or federal standards currently exist for the chemicals. Last year, the state Department of Health Services recommended a combined groundwater standard of 20 parts per trillion for two of the most common PFAS chemicals: PFOA and PFOS. State health officials expanded that recommendation to include four additional PFAS substances in November. The Environmental Protection Agency has set a health advisory level of 70 parts per trillion for PFOA and PFOS.

The DNR has been working to craft standards for PFAS in drinking water, surface water and groundwater. But, the process for setting standards through the state's rulemaking process could still take more than a year to complete. In the meantime, communities like Marinette and Peshtigo are dealing with the aftermath of PFAS contamination.

Around 130 residents in those communities have been drinking bottled water for years after high PFAS levels were detected in their private wells stemming from Tyco Fire Products' fire training facility. The company is currently embroiled in the state's largest, most complex investigation into PFAS contamination.

If the lawsuit is successful, Marinette City Council member Doug Oitzinger said it would be devastating for people in his community.

"If PFAS is in your well, and it's contaminated your drinking water, it's because industry put it in there," said Oitzinger. "And, now, industry is doing everything they can to stop the DNR from regulating it — telling industry they have to clean up their mess."

The DNR has said it does have authority to issue the interim decision under the state’s spills law. The agency issued the interim policy in January after reviewing the potential for historical discharges of PFAS at properties enrolled in the voluntary cleanup program. In a program announcement, the agency decided the risk of a PFAS release couldn’t be ruled out at properties taking part in the program without testing.

State taxpayers are on the hook for cleaning up any contamination that wasn’t identified once a property receives a certificate of completion through the program.

"The department would be remiss in its responsibility to protect public health and safety, and serve as good stewards of state taxpayer dollars, if it issued a Certificate of Completion for PFAS contamination that was not sampled given the national and state dialogue on this concern," the agency wrote in its decision.

WMC and LRI are also asking the court to force the DNR to develop a list of hazardous substances as part of the state’s rulemaking process. They want that list to include quantities and concentrations at which those substances would be considered hazardous.

The EPA has not yet added PFAS chemicals to its list of hazardous substances that are regulated under the Comprehensive Environmental Response, Compensation, and Liability Act and the Resource Conservation and Recovery Act.