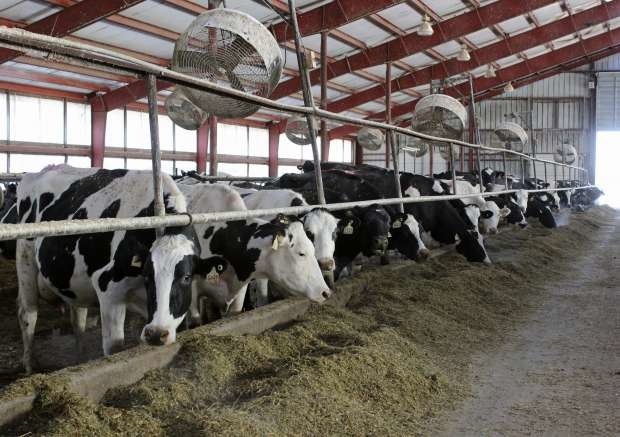 No one is completely satisfied with action this week from the Republican-led Joint Finance Committee on proposed fees and additional positions to oversee concentrated animal feeding operations, or CAFOs, in Wisconsin. The growing number of large farms in the state has contributed to increasing concerns over the potential for pollution.

Gov. Tony Evers’ budget proposal would have raised annual pollution permit fees from $345 to $660, as well as institute a new $3,270 fee that would be paid every five years. Lawmakers rejected that proposal. However, they did approve four out of the five positions proposed for CAFO permitting, inspection and enforcement. They also approved transferring 9.5 positions to oversee large farms.

"It shouldn’t have been that way because we have to have a deeper understanding that if you don’t have people working in the wastewater permit section, you’re going to have problems," he said.

He said those positions are needed to help farms maintain compliance with the law. The DNR continues to address a backlog of CAFO permits. Data from the DNR website shows 72 out of 308 CAFOs — around 23 percent — are operating with an expired permit. A 2016 audit first revealed issues within the agency's wastewater program.

"For the amount of concentrated animal feeding operations that we have in this northeastern part of the state, we just need a lot more staff and oversight to actually fulfill what the DNR needs to be doing," she said.

Utesch felt the fees the governor proposed for large dairy farms were "insignificant."

However, Cindy Leitner, president of the Wisconsin Dairy Alliance, said there are other measures that could be explored to address issues with permitting. She said the agency could utilize outside licensed engineers to speed up permitting.

"We’d like to see them put that back first before they add any staff," said Leitner.

The DNR’s general permit for large dairy CAFOs expired in March 2016. Operations are still covered by the permit even though it’s expired, but the agency has not reissued it. That means new operations must obtain an individual permit until the general permit is reissued.

The DNR’s website states environmental reviews must be conducted for individual Wastewater Pollutant Discharge Elimination System permits, but such reviews aren’t required for the general permit.

A DNR spokeswoman said the general permit can provide some efficiency, but federal public notice requirements limit overall time savings. The agency has been working with the U.S. Environmental Protection Agency to address and resolve issues with the permit. The DNR expects to gather input on re-issuance in the coming months.

"That’s just one of a handful of examples of things that could be changed to make the program run a little more smoothly whether you add more staff or not," said John Holevoet, government affairs director for the Wisconsin Dairy Business Association, of reissuing the general permit.

In the past, the association had also lobbied former Gov. Scott Walker to move regulation of CAFOs from the DNR to the Wisconsin Department of Agriculture Trade and Consumer Protection. Holevoet said there was discussion this session about the possibility of utilizing staff at DATCP to help with the permitting backlog as needed. The Milwaukee Journal Sentinel recently reported Evers’ administration sent a letter to the state budget-writing committee asking that regulation of CAFOs remain with the DNR.

In addition, it would allow the DNR to better assess potential impacts to groundwater from operations and avoid delays in addressing permit applications or engineering plans.

The DNR said the agency will continue its focus on permitting, compliance and clean drinking water.