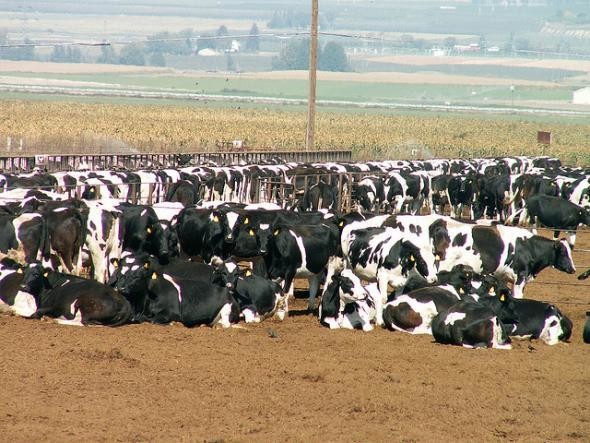 Around a third of Wisconsin’s large-scale animal farms, known as concentrated animal feeding operations or CAFOs, are currently operating under expired permits, according to data from the Wisconsin Department of Natural Resources website. Many of the permits expired in 2016.

Operating a farm with an expired permit is not an uncommon or illegal practice, but it is a source of frustration for farmers and resident concerned about oversight. As the number of large farms has increased, the agency says they have seen more expired permits, but staffing levels haven't kept pace with the growing workload.

Under state and federal rules, CAFO permits are issued every five years. Those rules allow permits to remain in effect until they’re reissued, according to John Holevoet, director of government affairs with the Wisconsin Dairy Business Association.

The DNR said those operators who violate conditions of the permit are subject to enforcement. However, Bayfield's Mary Dougherty with the nonprofit Farms Not Factories said the backlog raises questions as to whether the DNR has enough staff to enforce the agency’s own rules.

"This is a problem with (DNR Secretary) Cathy Stepp ... not going to bat for her employees and saying, ‘Listen. These folks want to do a good job, but support them. In supporting them, they need two things: they need money and they need authority,’" said Dougherty.

Farmers too are frustrated by the backlog. Holevoet, with the dairy industry group, said the delays in reissuing permits can hamper farmers seeking to update or expand their operations.

"Because while your permit is in this limbo, you could not even do a simple construction project to the production site," said Holevoet. "So, if you need a new feed storage pad, you might have difficulty getting that completed during this limbo period of time."

They agency's Jim Dick the reductions were a response to increased emphasis on reissuing permits, "as well as a concerted effort during those years to fill vacancies in a timely manner to make resources available to work on reissuing permits and other program priorities."

The DNR expects to further reduce its permit backlog within the next year to 18 months.

The agency requested increasing CAFO program staff from 17 to 21 in the next budget by reallocating positions. In his 2017-2019 budget proposal, Gov. Scott Walker asked the DNR and the Wisconsin Department of Agriculture, Trade and Consumer Protection to review whether CAFO regulation should be transferred to state ag officials. Under the governor’s proposal, the study would have to be completed by the end of 2018.