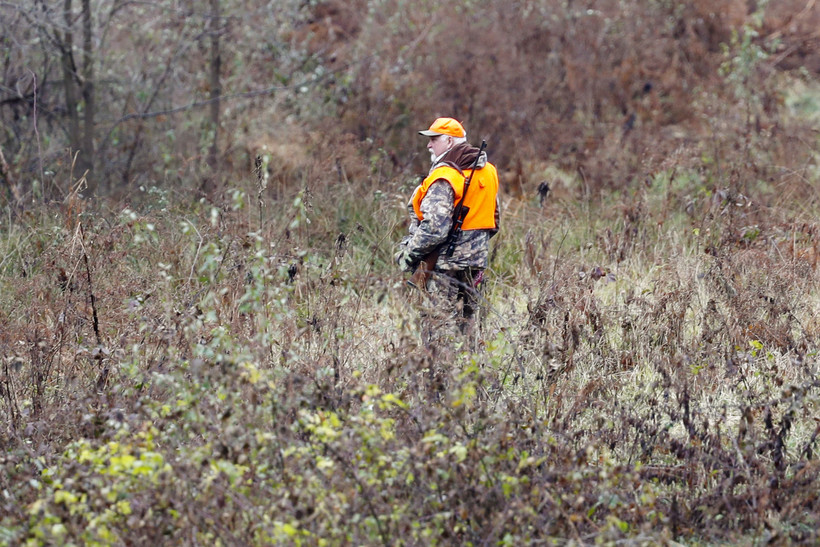 So-called forever chemicals found in nonstick cookware and firefighting foam have been detected in deer near the Tyco Fire Technology Center in Marinette.

Monday the Wisconsin Department of Natural Resources and state Department of Health Services issued an advisory against consumption of liver from deer taken within a five-mile radius of the Tyco plant, the maximum distance deer roam. This includes areas of Marinette, Peshtigo and surrounding communities.

While levels of perfluoroalkyl and polyfluoroalkyl substances, or PFAS, were low in the heart and muscle from the 20 deer tested, higher levels were found in deer liver. The chemicals are concerning because they don't break down easily in the environment, and they've been linked to harmful health issues, including cancer.

A state representative from Marinette found it "encouraging" the study found little to no PFAS in venison. Still, Rep. John Nygren encouraged residents of northeast Wisconsin to follow the DNR recommendation to not eat deer liver.

"As we learn more about PFAS and related chemicals, it is important to follow the science and study the impact of these chemicals on the environment and wildlife. That is why I supported legislation that provided funding to study the impacts of PFAS on wildlife," Nygren said in an email.

Earlier this year the DNR and DHS announced an advisory against eating too much fish from Madison area waterways because of PFAS.

The manmade chemicals have also been found in bald eagles, waterfowl and other small mammals, said DNR Fish and Wildlife Toxicologist Sean Strom during an online press briefing Tuesday.

The DNR plans to test 20 more deer for PFAS across the state during the fall gun deer season and plans to provide more information to hunters who have previously harvested deer in the affected area. The Tyco plant, which is part of Johnson Controls, said in a statement that the science on PFAS testing is complex, and they will work with the DNR to put best practices to work.

"Deer hunting and love of the outdoors are important to our community and way of life. The safety of our community always comes first. While the highest PFAS reading among any deer tested was 92 parts per billion in the liver, less than one-third the standard established by Michigan, we also respect WDNR’s cautionary advice that deer livers should not be eaten," wrote Fraser Engerman, director of global media relations for Johnson Controls.

It’s not known when the deer were contaminated, but it's believed to be from surface water. Any hunters with deer liver in the freezer may want to consider tossing it.

"We don’t know how far back this contamination has gone, so I guess if it's something where there’s still some liver in the freezer, use your best judgement with the information we have provided," Strom said. The DNR did not have data on how many deer hunters eat liver they’ve harvested.

On Sept. 16 DNR officials will hold an online listening session to discuss the state’s newly issued advisory for deer liver and to seek public input on PFAS contamination in Marinette, Peshtigo and surrounding communities.

More than 40 locations around the state have ongoing PFAS investigations or cleanups, according to DNR Reclamation and Remediation Director Christine Haag.

Gov. Tony Evers signed a bill earlier this year that bans the use of firefighting foam containing PFAS except in emergencies. The bill also­­­­­ allows testing and storage under specific conditions.