Candidates Will Face Off In Wisconsin's April 7 Election
By Shawn Johnson
Updated:
Wednesday, February 19, 2020, 7:30am
Share:

Wisconsin Supreme Court Justice Daniel Kelly will face off against Dane County Judge Jill Karofsky in the April 7 Supreme Court election after both candidates emerged as the top two vote-getters in Tuesday's primary.

While the race for Supreme Court is officially nonpartisan, Kelly was supported in this primary by Republicans while Karofsky and Fallone split the support of Democrats.

Kelly was appointed to the court by former Republican Gov. Scott Walker in 2016 to fill the seat vacated by former Justice David Prosser.

Kelly's campaign issued a written statement Tuesday night crediting grassroots volunteers and saying it would give him the momentum he needs to win in April.

"Tonight’s results prove that Wisconsinites are passionate about preserving their constitution and upholding the rule of law on their Supreme Court," Kelly said in the statement. "This has been my commitment to my bosses — the people of Wisconsin — since I came to the court, and I am so thankful for their support."

Prior to joining the court, Kelly was an attorney in private practice, where his cases included the 2012 defense of the redistricting plan drawn by GOP lawmakers and signed into law by Walker. 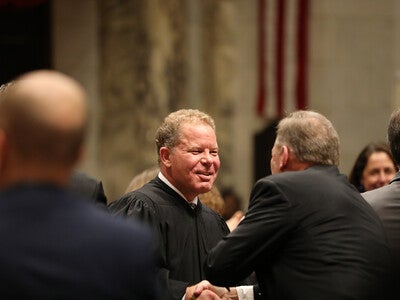 He's part of the court's conservative majority, which has been in place since 2008 and has upheld many of the pillars of Walker's legacy, like Act 10's restrictions on public sector union rights and Wisconsin's voter ID law.

Kelly's 2020 campaign has emphasized traditional conservative judicial themes, stressing that he judges cases based on the constitution and the laws as they were written.

Karofsky has campaigned on her record as a judge and a prosecutor, having served as both an assistant attorney general at the Wisconsin Department of Justice and as a Dane County deputy district attorney. She's also promoted endorsements from prominent Democrats like former Gov. Jim Doyle, not to mention from Supreme Court Justice Rebecca Dallet, a liberal who won election to the court in 2018.

Karofsky also claimed momentum Tuesday, saying she won because voters want a Supreme Court that is free of "corruption and speical interest."

"I look forward to traveling across Wisconsin, talking to voters, and making our case," Karofsky said in a statement. "My opponent and his special-interest allies will throw every bit of mud they can, but I have the record, the commitment to the rule of law, and the toughness required to win this race."

If their recent exchanges are any guide, the campaign between Kelly and Karofsky between now and April could be intense. During a debate last month, Karofsky said Kelly was to blame for "corruption" on the court while Kelly has accused Karofsky of "disgusting slander."

Fallone, who ran unsuccessfully for the Wisconsin Supreme Court in 2013, sought to carve out his own niche above that fray, saying that the public was tired of a court that was divided into camps and constantly arguing.

But that message, and Fallone's campaign, failed to take off ahead of the February primary, a traditionally low-turnout race where a candidate's organization can be critical to their success.

Third-party groups could play a larger role in the race in the runup to the April election, but regardless of who wins, it won't flip the ideological balance of the court.

That's because conservatives grew their majority in 2019, gaining a 5-2 edge on the court after Justice Brian Hagedorn defeated Appeals Court Judge Lisa Neubauer. Hagedorn won his race by just 5,981 votes out of more than 1.2 million cast, a margin of less than a half of a percentage point.

Hagedorn benefited from an outpouring of grassroots GOP support, telling activists at the 2019 Republican Party of Wisconsin Convention that they were responsible for his victory. 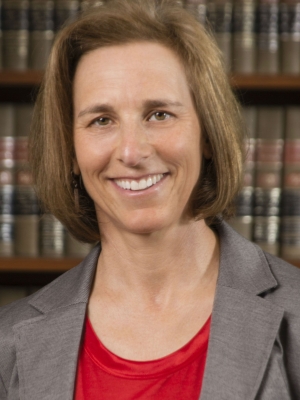 Democrats are hoping the 2020 Supreme Court election will energize their base, but whether that happens could hinge on the outcome of the Democratic presidential primaries in other states.

Wisconsin's presidential primary and the Supreme Court election will both be on the ballot on April 7, meaning a turnout bump for one race could spill over to the other.

Wisconsin did see a turnout spike for the 2016 presidential primary, but in that instance, Republicans were the beneficiaries.

In the Democratic primary, Vermont U.S. Sen. Bernie Sanders defeated former Secretary of State Hillary Clinton, but just over a million people turned out to vote, a deficit of 98,344‬ voters compared to the GOP primary.

There are signs that trend continued in the supreme court race, where conservative Justice Rebecca Bradley defeated liberal Judge JoAnne Kloppenburg by 90,715 votes.

One key difference in 2020 is that there's no GOP candidate on the ballot to challenge President Trump, but it's too soon to tell whether the Democratic presidential primary will still be competitive when Wisconsin votes on April 7.

Should Kelly win his election in April, it would cement the current 5-2 conservative majority on the Wisconsin Supreme Court. Should Karofsky win, it would help liberals chip away at that majority with the hopes of flipping it in a future election.