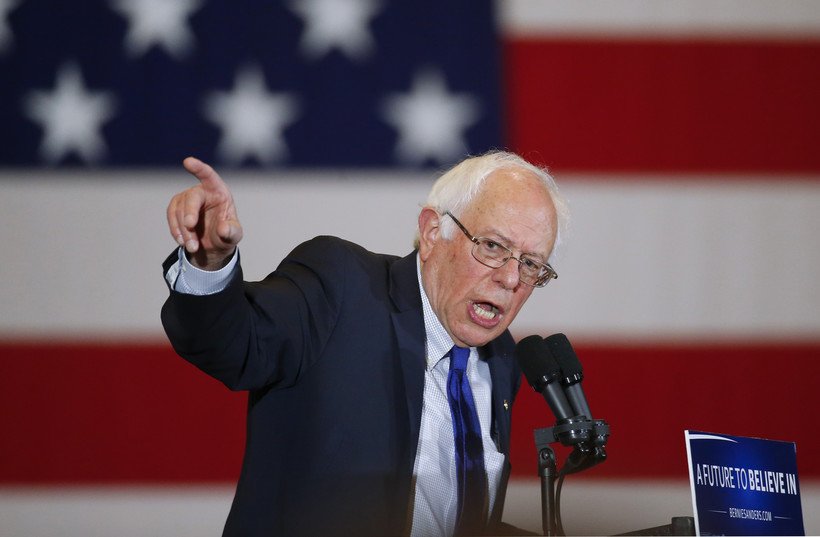 Bernie Sanders has won the Democratic presidential primary in Wisconsin.

Tuesday's results mark another victory for the U.S. senator from Vermont over his rival, frontrunner Hillary Clinton.  It's Sanders' sixth-straight win over Clinton in recent weeks.

Sanders supporters who gathered in Madison broke into a rendition of Woody Guthrie's "This Land Is Your Land" when results came in around 8:30 p.m. that Sanders had won.

Jennifer Ruland, of Waunakee, has been canvassing for Sanders over the past few weeks, and said Sanders' campaign has energized many.

"I'm 34 years old and I registered and voted for the first time this year because there was something to vote for. There's passion there and it's not just in me," she said.

Nick Mattea, who is from California, said he left his job as a diesel technician for Caterpillar to travel with the Sanders campaign. He said if Sanders doesn't receive the nomination, he'll be less enthused about his options at the polls.

"I'm not going to say I'm not gonna vote for Hillary Clinton, but I'm definitely not going to be marching around the streets wearing a Hillary shirt," he said.

The victory in a large state gives a powerful political boost to Sanders backers, but the results barely dent Clinton's significant delegate lead for the party's nomination.

Because Democrats award delegates proportionally, both candidates will add to their tallies. Clinton has the edge both in pledged delegates and the party insiders known as superdelegates.

With 86 delegates at stake, Sanders will pick up at least 44. Clinton will gain at least 28.

Sanders still must win 67 percent of the remaining delegates and uncommitted superdelegates in order to win the Democratic presidential nomination. Based on primaries and caucuses alone, Clinton now has 1,271 delegates to Sanders' 1,024. When including superdelegates, or party officials who can back any candidate, Clinton has a wider lead -- 1,740 to 1,055.

Clinton congratulated Bernie Sanders on his win in Wisconsin via social media.

"Congrats to (at)BernieSanders," she wrote on Twitter. "To all the voters and volunteers who poured your hearts into this campaign: Forward!"

Candidates Already Looking To Next Contests

Sanders is campaigning in Wyoming, which holds its caucuses on Saturday, and he is favored to win. Clinton spent the evening fundraising in the Bronx in New York.

Both candidates are turning their attention to the April 19 contest in New York. A loss there would be a major political blow for Clinton, who represented the state for eight years in the U.S. Senate.

Sanders and Clinton spent significant time courting voters in Wisconsin over the past 10 days and the contest was expected to be a close one. The most recent Marquette University Law School Poll from last week put Sanders ahead with 49 percent support compared to Clinton's 45 percent.

Both Sanders and Republican presidential underdog Ted Cruz were hoping for victories that will give them a wave of fresh momentum in their efforts to capture the White House. Cruz's poll numbers in Wisconsin had him with a significant lead over frontrunner Donald Trump.