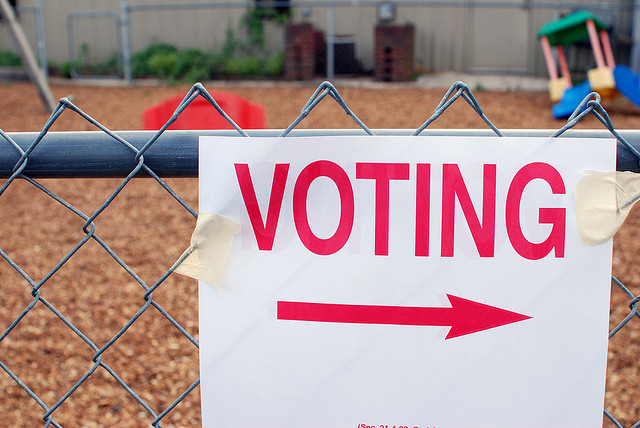 Federal Appeals Court Has Yet To Hand Down Ruling In Separate Case Challenging Law
By Chuck Quirmbach and Sequioa Baker
Share:

The state Supreme Court upheld a Wisconsin law requiring voters to show a photo ID at the polls on Thursday.

The seven Supreme Court justices ruled in favor of voter ID in two separate cases, ruling 5-2 in one decision and 4-3 other.

Gov. Scott Walker said he was pleased with the ruling, calling the voter ID requirement common-sense reform. While speaking to reporters in Milwaukee some hours after the decision, he even took out his wallet and showed off his own driver’s license.

“It’s not much to get one of these,” said Walker. “In fact, we even offer it for free for those who have a request, whether it’s a state-issued ID card or a driver’s license.”

Civil Rights groups have noted that Wisconsin requires a certified birth certificate to get a state-issued ID, which typically does cost money. The state Supreme Court tried to address that issue in its ruling by saying that the state Department of Transportation could issue a photo ID without the birth certificate requirement, though the state would have some discretion on the handling of that.

“This confusion, and the murkiness created by this decision — where on the one hand, that the law does create an unconstitutional de facto poll tax, and on the other hand, the court saying, ‘Well, we presume that the DOT will act in a constitutional manner — that confusion is going to result in the continued denial of individuals trying to procure the right to vote,” said Saks.

Christine Neumann-Ortiz of Voces de La Frontera was also disappointed by the decision, saying it would depress voter turnout among those without an ID.

“A lot of people will simply turn away and not vote,” said Neumann-Ortiz. “I think that's really what's intended behind this.”

Milwaukee NAACP president James Hall also criticized the ruling, saying that it brings shame to the state of Wisconsin.

The discussion may be moot if a federal appeals court rules against the voter ID rule in a separate case. For now, an injunction against the law will remain in place, meaning photo ID won’t be necessary for August primary elections. Walker said he doesn't expect photo IDs will be required for the November election, either.