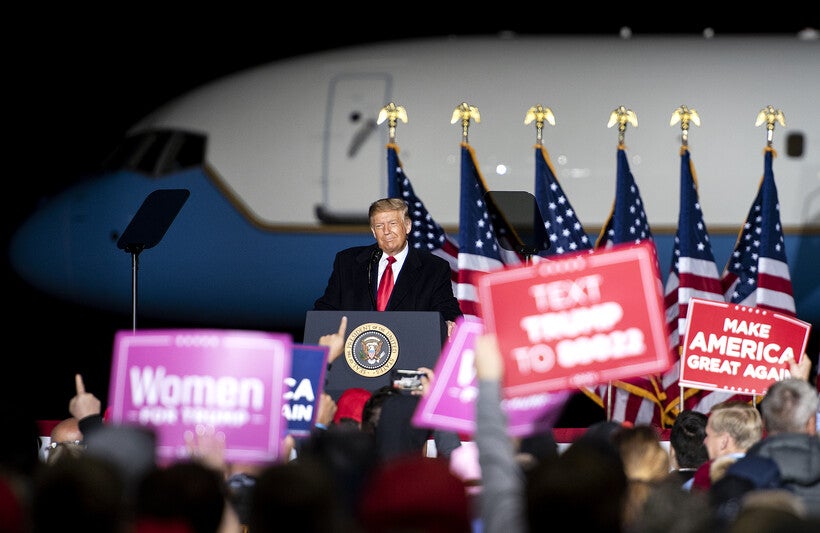 The aid package follows a $19 billion relief package in April overseen by the U.S. Department of Agriculture, which helped farmers affected by the pandemic.

Details were scarce on the aid package, but Trump said Wisconsin dairy farmers and cranberry growers would be among those who benefit.

"Starting next week my administration is committing an additional — you've been asking for this for a long time — $13 billion in relief to help farmers recover from (the effect of the coronavirus)," Trump said.

The campaign visit marked Trump's fifth visit to Wisconsin in 2020.

He held the rally at Central Wisconsin Airport, delivering a wide-ranging speech that touched on his record on trade, job creation, and conflict in the Middle East. He cheered the return of the Big Ten football season, promised a COVID-19 vaccine before the end of the year and criticized Black Lives Matter protests, including those in Kenosha following the police shooting of Jacob Blake.

The rally started at 8 p.m., but supporters were packed into the event space hours before then, in an area that was mostly outdoors and partly inside an open airplane hangar at the airport. Few people wore masks, and social distancing was nonexistent.

Mosinee, a city of 4,000 people, is near Wausau and Stevens Point, and it's part of a region the Republican's presidential campaign hopes to win by high margins. Wisconsin is one of the nation’s most closely divided swing states, and likely to be crucial to the presidential election’s outcome.

The central Wisconsin rally follows visits by the president to Milwaukee, Marinette, Oshkosh and Kenosha this year. It's also part of a recently stepped-up schedule of campaign appearances by the president, after the COVID-19 pandemic brought a halt to large gatherings in March. In the last week, Trump has held rallies in Michigan and in Nevada, where the indoor event violated state law limiting crowds in order to control the spread of the virus. 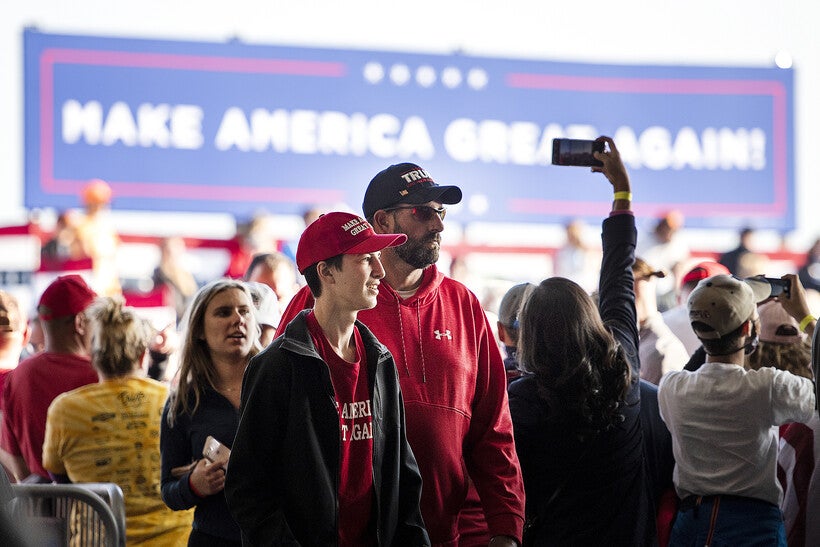 People walk into the Central Wisconsin Airport prior to a rally for President Donald Trump on Thursday, Sept. 17, 2020, in Mosinee, Wis. Angela Major/WPR 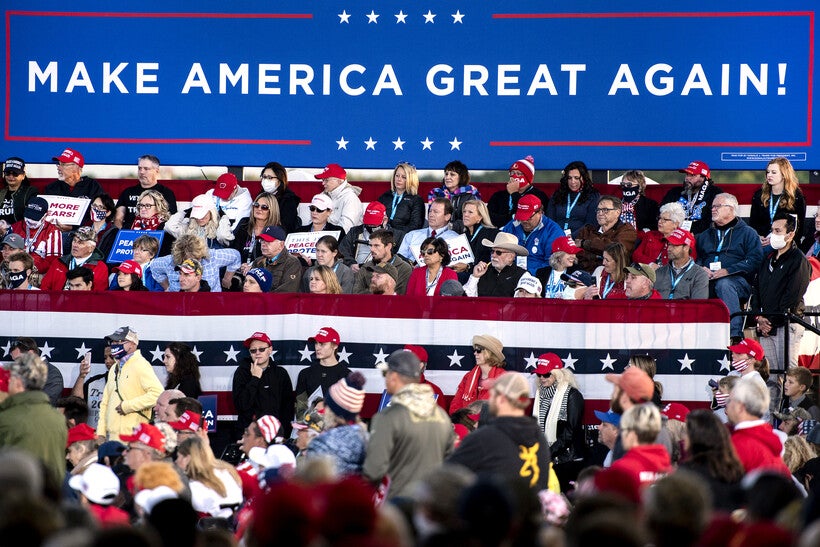 On Thursday afternoon, Republican U.S. Sen. Ron Johnson said he would not be traveling with Trump because on Monday, Johnson had been exposed to someone who tested positive for COVID-19. According to a statement, Johnson tested negative for the virus Wednesday and is not experiencing symptoms, but will be in quarantine until Sept. 29.

Trump's opponent, Democratic former Vice President Joe Biden, has also increased his campaign's travel in recent weeks, though without holding large rallies. Biden visited Kenosha on Sept. 3, where he met with the family of Jacob Blake, the Black man who was shot in the back by police there in August. Biden spoke at a Kenosha church with attendance strictly limited.

Trump's appearance Thursday marked his third visit to central Wisconsin. He held a rally in nearby Rothschild during the 2016 primary, and at the Central Wisconsin Airport ahead of the 2018 midterm elections.

The region was crucial to Trump’s Wisconsin victory in 2016. The state's 7th Congressional District, which includes central and northwestern Wisconsin, gave Trump his largest winning margin of any congressional district in the state. His strength in the state's rural areas allowed him to overcome deficits in heavily Democratic cities.

The 7th Congressional District was also the site of a closely watched special election earlier this year. U.S. Rep. Tom Tiffany, R-Minocqua, defeated Wausau School Board president Tricia Zunker in a special election May 12. Tiffany won the heavily Republican district with a 14-point margin. In 2016, Trump had carried it by more than 20 percentage points. 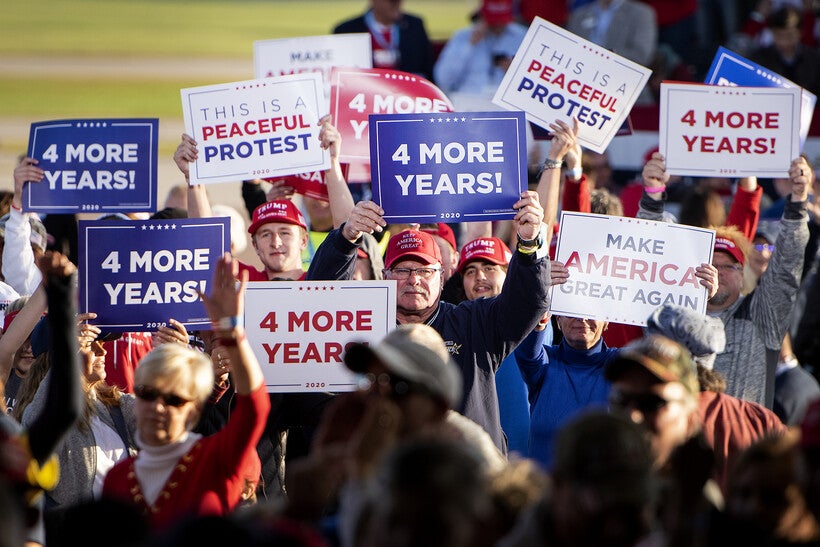 Tiffany gave remarks at the rally before Trump spoke, as did former Rep. Sean Duffy, who resigned from Congress in October. Both blasted Democratic House Speaker Nancy Pelosi and called for Republicans to vote for Trump in November.

Ahead of Thursday's event, Democrats focused their fire on the president’s handling of the pandemic. Polling shows most Americans disapprove of Trump’s response to COVID-19.

In a press call Thursday morning, Zunker, who will face Tiffany again in November, and others emphasized Trump's "failed" COVID-19 response. A statement from the Marathon County Democratic Party said "the president continues to downplay the severity of the pandemic by hosting super-spreader events for political photo-ops."

Biden in a campaign statement said: "For months, President Trump misled the American people about the coronavirus — and Wisconsin families continue to suffer the consequences."