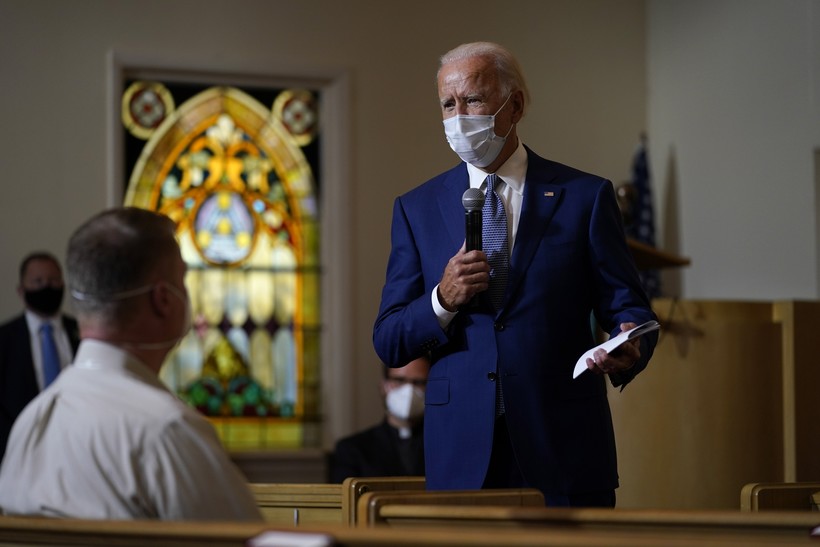 Joe Biden urged optimism and unity in the wake of violence and political discord during a visit to Kenosha on Thursday.

The visit was the former vice president’s first appearance in Wisconsin during this presidential campaign cycle and the first time a Democratic nominee for president has been in Wisconsin since 2012.

Biden began his trip by meeting the family of Jacob Blake, the Black man whose shooting by a Kenosha police officer last month sparked days of protests and violence in the city. Biden was joined by his wife, Jill, for the meeting, which lasted for about an hour, according to a pool report. Biden said he also spent about 15 minutes on the phone with Jacob Blake, who is still in the hospital.

Afterward, Biden hosted a community meeting where he listened to several short speeches from Kenosha residents at Grace Lutheran Church. A firefighter, a business owner, and a Black Lives Matter community activist were among those who spoke. 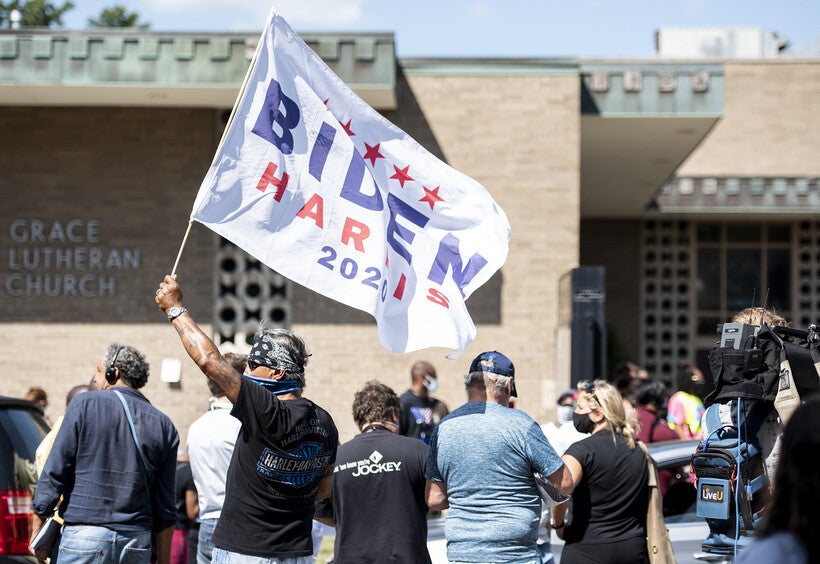 A man holds a Biden flag outside of a church where Democratic candidate Joe Biden was speaking Thursday, Sept. 3, 2020, in Kenosha. Angela Major/WPR

Following their remarks, Biden gave a short speech urging optimism and unity in the wake of recent violence and political discord.

"I honest to God believe we have an enormous opportunity, now that the screen, the curtain, has been pulled back on just what’s going on in the country, to do a lot of really positive things," he said.

Biden spoke about addressing racial inequality in Kenosha and across the country by raising the minimum wage to $15 an hour, putting some offenders in rehabilitation programs instead of jail, and investing in affordable housing programs. He also talked about his support for health insurance coverage for mental health care and expanded government support for early childhood education programs.

"There's so much we can do," he said, arguing those programs could be paid for by raising taxes on the wealthiest Americans. "It's not that we can't do this — we haven't been willing to do this. I think the public is ready."