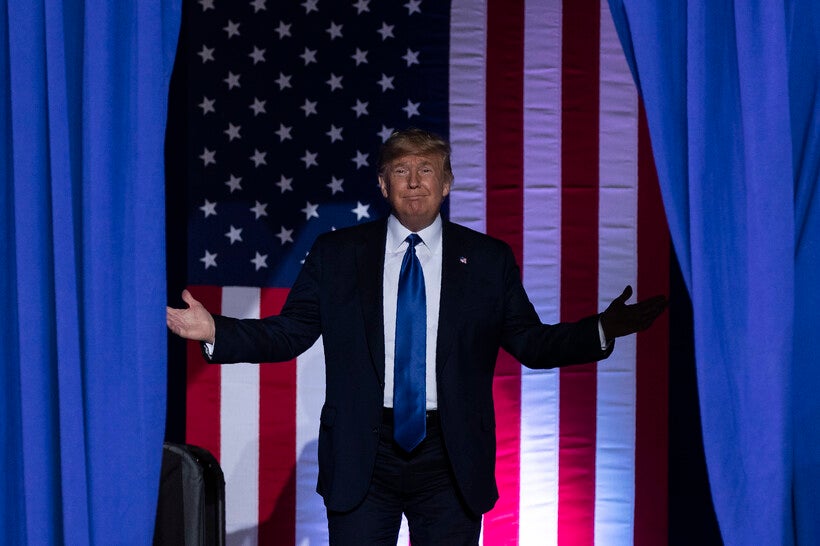 Trumps Focuses On Iran, US Military, Wisconsin's Role In 2020 Election During Rally
By Alana Watson
Share:

President Donald Trump applauded the United States military and defended his actions in Iran at a rally Tuesday night in Milwaukee.

"So after years of devastating defense cuts, we have fully rebuilt the United States military to the point that it has never been before and is now more advanced, more lethal and more powerful than ever," Trump said.

He also discussed his wall along the U.S.-Mexico border, his impeachment and trade deals with China, Mexico and Canada during his hour and a half long speech.

Receiving an abundance of cheers and applause as he approached the podium, Trump rallied the crowd, prompting chants of "Four more years," "U.S.A.," "Build that wall," and "Lock her up," referring to Hillary Clinton — who lost to Trump during the 2016 presidential campaign.

Wisconsin is likely to play a pivotal role in the 2020 election — so much so that Trump has made the state a priority.

In 2016, Trump won Wisconsin by less than 23,000 votes. The 2018 gubernatorial election and the 2019 state Supreme Court election were also each decided by around 1 percentage point, and recent polling suggests the Wisconsin electorate is similarly divided headed into this year.

Trump also took the time to call out the media during the rally.

"If you people didn't go crazy every time you see something, you wouldn't know what was there," Trump said talking to the media. He said once he leaves office the media will "dry up and die out."

Trump also talked about a few of his Democratic opponents, mainly focusing on Vermont U.S. Sen. Bernie Sanders, and how Sanders is "soaring in the polls."

One protester who supported Sanders was kicked out during the rally and was booed and cursed at by the audience as he was escorted by security. 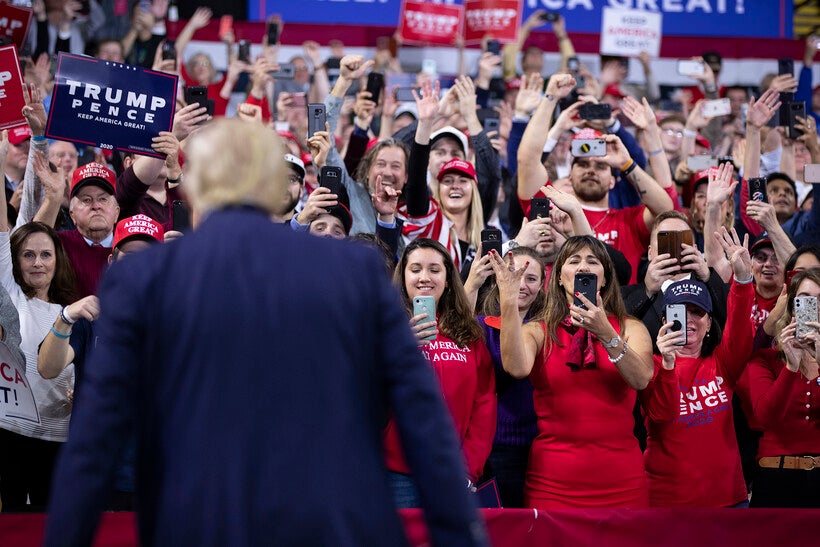 Before Trump took the stage, supporters took part in a prayer, the Pledge of Allegiance and the national anthem.

Johnson — who was first elected to the U.S. Senate in 2010 — warned attendees what would happen if a Democrat won the 2020 election.

"This country is at a defining moment," Johnson said. "The Democrats are no longer Democrats, they are socialists. They would destroy this country. We know what made this country great, people like you."

Pence echoed Johnson’s sentiment, saying the only reason he traveled to Milwaukee was to tell the audience Wisconsin needs four more years of Trump. 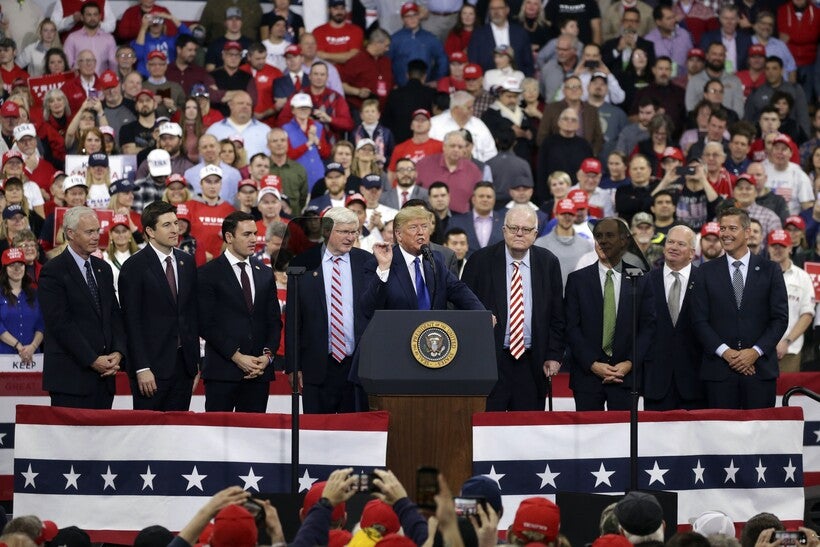 "Thanks to President Trump and Wisconsin, we've made America great again," Pence said.

Trump’s Tuesday night rally was held at the same time six Democratic presidential candidates faced off in their final debate before the Iowa caucuses.

The 2020 election is 292 days away. Milwaukee will host the Democratic National Convention this summer where Trump’s political opponent will be chosen.