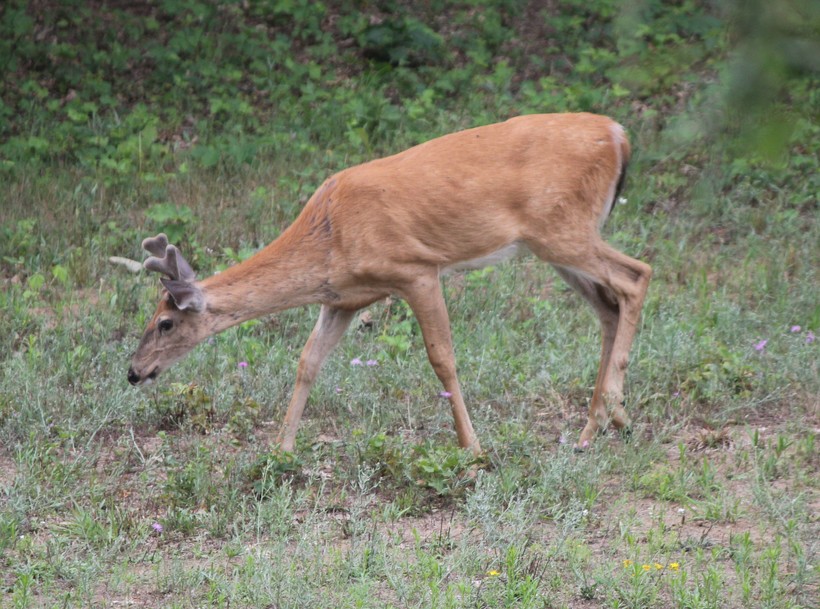 The number of wild deer testing positive for chronic wasting disease continues to rise in Wisconsin. Data from the Wisconsin Department of Natural Resources shows the number of positive detections for the deadly deer disease rose 25 percent in the last year.

The increase in positive detections among wild deer is likely due to several factors, said Amanda Kamps, the DNR's wildlife health conservation specialist. She said the agency has increased sampling efforts throughout the state in recent years and hunters have shown more interest in assisting with submitting samples through programs like Adopt-a-Kiosk.

The vast majority of CWD positives in the wild herd were spread across several counties in southern Wisconsin where positive cases were first discovered near Mount Horeb in 2002. Iowa County had the most cases of the deadly deer disease last year with 416 deer out of 1,486 sampled testing positive for CWD.

Dane and Iowa counties have seen the prevalence of CWD increase from around 10 to 35 percent in adult bucks since 2002 with some areas seeing prevalence as high as 50 percent.

DNR data appears to indicate the prevalence of CWD in the state's wild deer herd is roughly 7 percent statewide, but officials caution against using the numbers to reflect CWD's impact across Wisconsin. Kamps said the agency is unable to calculate prevalence of the disease in every county or region except for select areas of southern Wisconsin because consistent sampling hasn't been conducted at the levels needed.

The state began enhanced surveillance efforts in recent years, boosting the number of samples collected in specific areas. The DNR sought to increase sampling across 18 counties in northern Wisconsin last year. Kamps said the agency is developing a plan for CWD sampling during the COVID-19 pandemic.

"If we're looking to continue sampling in the fall and trying to anticipate how to provide those opportunities, there will be likely limitations and also considerations to how to keep everybody safe," said Kamps.

Fifty-six out of the state's 72 counties are affected by CWD, according to the DNR. At least 30 counties have had wild deer test positive for the disease since 2002, including 23 counties in the last year.

Former Republican Gov. Scott Walker faced criticism for the state's handling of CWD during his time in office as it has spread statewide. During his campaign for reelection in 2018, Walker directed state agencies to move forward with drafting emergency rules to limit transmission of CWD that would have included double-fencing of deer farms, drawing push back from farm owners.

Last year, Gov. Tony Evers' administration stepped back from implementing new rules, saying that it was focusing efforts on research rather than regulation. The DNR set aside $2.6 million each year in the 2019-21 biennial budget for CWD research and operations. The agency's research includes a study examining the persistence of CWD prions in soil that can transmit the disease and research on the factors that influence deer population change in southwestern Wisconsin.

Clausen said the Association of Fish and Wildlife Agencies has developed best management practices for managing CWD. The practices were also among a list of recommendations issued by researchers with the Center for Infectious Disease Research and Policy and others in an article published last summer within the online journal mBio by the American Society for Microbiology.

Members of the state's Wisconsin Conservation Congress, a citizen advisory group to the DNR, voted last year to support a pilot program that would pay hunters to kill deer infected with CWD, as well as statewide baiting and feeding ban. Tribes, conservation and wildlife groups have supported efforts to restrict moving deer across county lines or double-fencing deer farms. The deer farm industry, as well as some hunters and Republican lawmakers, have opposed additional regulations.