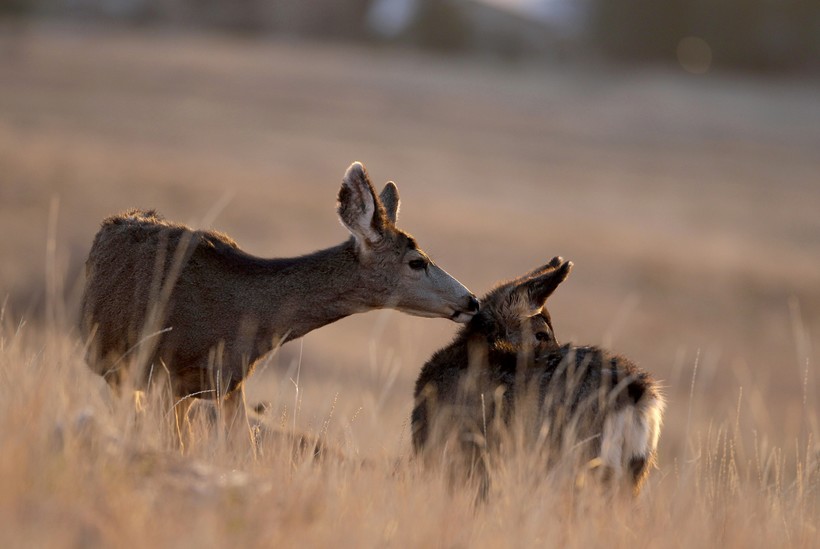 The head of the Wisconsin Department of Natural Resources said the state is focusing more on research rather than developing rules to address chronic wasting disease in deer.

The state has been struggling with the disease since it was first detected in 2002. In an interview with WPR, DNR Secretary Preston Cole said $2.6 million is set aside each year in the next budget for research and operations related to the deadly deer disease, including efforts to establish more kiosks and dumpsters for deer carcass disposal and testing.

"We need to find out where it is, where it’s heading and do whatever it takes to slow it down," said Cole.

But, the DNR secretary said he doesn’t anticipate any rulemaking for CWD management.

"We haven’t coalesced around a rulemaking process at this point," he said.

Earlier this year, the agency said it was working with the Wisconsin Department of Agriculture, Trade and Consumer Protection (DATCP) on any new rules as part of CWD management after an emergency rule requiring double-fencing of deer farms expired in February. The state’s acting veterinarian said earlier this month that the agencies are exploring rules in general but aren’t even in the preliminary stage of rule development.

The deer farm industry has opposed emergency rules that were brought forward after former Republican Gov. Scott Walker directed the agencies to draft them during his campaign for re-election to limit the spread of CWD.

Laurie Seale, vice president of Whitetails of Wisconsin, supports the DNR Secretary’s focus on research. She said more rules won’t stop the deadly deer disease, which has been known to spread through saliva, urine and feces.

"We just don’t feel like more (rules) are necessary and that’s why we fought the emergency rules," Seale said.

Last year, Walker asked DATCP to require enhanced fencing of deer farms. He also requested the two agencies place restrictions on the movement of live deer and carcasses from CWD-affected counties to other areas of the state. The disease now affects 56 of the state’s 72 counties.

DATCP’s citizen board voted to take no action on the governor’s request. The state Natural Resources Board approved a DNR emergency rule that required double-fencing of deer farms and restricted deer carcass transport. But, the Legislature’s rules committee scrapped the provision on carcass transport and narrowly failed to suspend the part about double-fencing.

Seale and some Republican lawmakers called the rules a political effort by Walker to win votes. The former governor had been widely criticized for not doing more to contain CWD during his term as it spread across the state. Conservation groups and Democratic lawmakers called for more aggressive action in recent years to manage the disease.

George Meyer, executive director of the Wisconsin Wildlife Federation, said he understood the DNR secretary’s reluctance to move forward with rules after Republican lawmakers challenged them in legislative committees.

"I do think the department and the secretary need to do more far more education of the Legislature on what’s going to happen if in fact additional regulations are not put in place," Meyer said.

Meyer said sportsmen strongly support funding for research and carcass disposal efforts, as well as additional monitoring for CWD. But, he said regulations should also be part of the mix to protect the state’s deer herd, adding sportsmen are willing to chip in funding.

Cole reiterated comments made earlier this year that the agency has been investigating available science to inform action on CWD. He said that includes examining efforts by Michigan and Minnesota to develop tests that can identify the disease faster.

"There’s a huge expanse of the Legislature that says, 'Let’s not spend any money,' to those that say, 'Let’s spend millions,'" said Cole. "It depends on where you reside."

Cole said those living in areas currently unaffected by the disease want to see more funding invested to prevent CWD from spreading.

"That part of the surveillance that we have to have is really important for our foundation of CWD," he said. "So, we’re on it along with the researchers around the Great Lakes region."