While the nation’s eyes are locked on Wisconsin because of its potentially critical role in the presidential campaign, three races for state Senate could guide the direction of state government next year, and potentially, for the next decade.

Two of the races were set up by the retirements of longstanding Democratic incumbents, while the third involves the first general election for a Democrat who flipped her district in a special election two years ago.

If Republicans win all three — and also flip three seats in the state Assembly — they’d capture a "veto-proof" majority in the Legislature, which would let them set the agenda in state government even when Democratic Gov. Tony Evers objects.

If they fall short, it preserves divided government in Wisconsin for at least the next two years, guaranteeing Democrats a seat at the table.

The races won’t get as much attention as the contest between President Donald Trump and former Vice President Joe Biden, but they’ll almost certainly be influenced by the top of the ticket.

"I do think that the presidential campaign is weighing heavily on our races here," said state Senate President Roger Roth, R-Appleton, during a recent WisPolitics forum. "If President Trump wins the state of Wisconsin, I do believe we'll have a veto-proof majority."

Democrats have a decidedly different view of how Trump will influence races down the ballot.

"The effect of Trump's presidency … I see it as dead weight," said Senate Minority Leader Janet Bewley, D-Mason. "I see it as dragging down their candidates."

There are just 11 state Senate races with both a Republican and Democratic candidate, some of which are tilted heavily toward one party or the other.

Western Wisconsin's 10th State Senate District had been a suburban stronghold for Republicans for decades until 2018, when Schachtner won the seat in a special election by 11 percentage points.

It was a huge win for Democrats in a district that former state Sen. Sheila Harsdorf, R-River Falls, had won by 26 points in 2016, the same year Trump carried the district by 17 points.

"I want to make sure that my kids and grandkids can grow up with the same experiences and opportunities that I had," she said during a recent forum on WPR's "The West Side."

Schachtner also promotes herself as bipartisan. She joined Republicans in 2019 to vote for a bill preventing discrimination against people with disabilities at voting sites.

"This bill now made it possible for thousands more Wisconsinites to cast their ballot regardless of their ability or disability. And I'm really proud of that," she said.

Schachtner has also pushed, unsuccessfully, for an expansion of Medicaid by accepting federal funds through the Affordable Care Act. Republicans have repeatedly blocked that expansion.

Schachtner won this seat in a low-turnout special election. Now, GOP leaders are working to flip it back to Republican control. 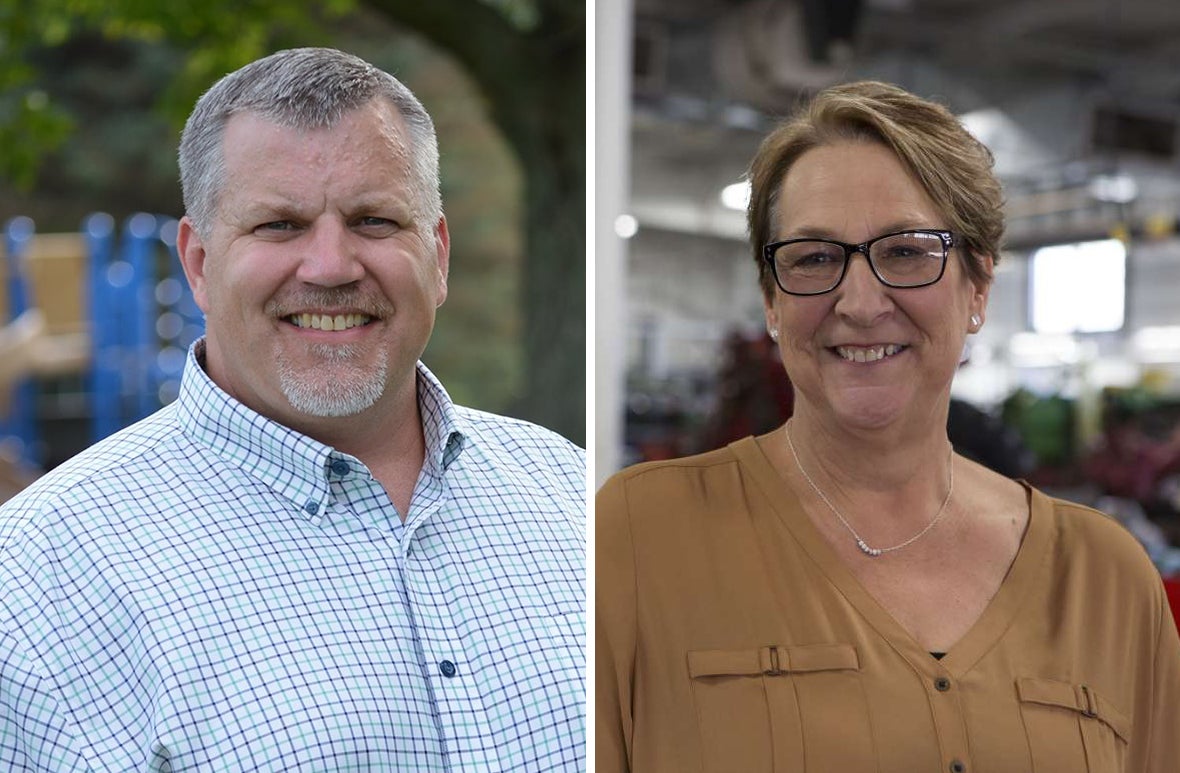 Her opponent, Stafsholt, has been a state representative since 2016.

Stafsholt prides himself as a fourth-generation farmer and lifelong resident of St. Croix County, which makes up a sizable chunk of the district.

"And I'd just like to take my experience as a small business owner and a farmer and a father and expand that to a little bit bigger terrain here and cover the 10th Senate District," Stafsholt said.

Stafsholt said in the last state legislative session he was proud to vote with Democrats on a coronavirus relief package that, among other things, lifted a waiting period for unemployment benefits.

Both Stafsholt and Schachtner support rural broadband funding, but Stafsholt points out that he voted for it as part of the last state budget.

"Patty voted against that bill, and so when you're talking about broadband expansion, you kind of got to walk the walk," he said.

Trump's influence could be especially critical in this district, where most of the votes will come from St. Croix County, a Twin Cities suburb. Trump has struggled with suburban voters elsewhere.

For 20 years, state Sen. Dave Hansen, D-Green Bay, has represented the 30th Senate District, even as the district has supported Republicans in other races, including Trump in 2016.

Dave Hansen announced his retirement in January. Now, his nephew Jonathon Hansen is hoping to take up the mantle.

For three years, Jonathon Hansen has been an alder in De Pere. The Democrat said the state Senate could benefit from operating more like local government.

"Especially with this pandemic we've seen just a total abdication of leadership by Republicans in Madison, so it's really left local governments to try to fill the vacuum of leadership," Jonathan Hansen said.

He worked with city staff to create a pandemic relief program for small businesses in De Pere, which he said has been a lifeline.

He believes gerrymandering and health care are critical issues this election. He supports offering a public option through BadgerCare and accepting Medicaid expansion.

Jonathan Hansen said he thinks voters are looking for politicians focused on getting things done.

"I'm not a hardcore ideologue. I'm somebody that is really just focused on common sense solutions," he said. 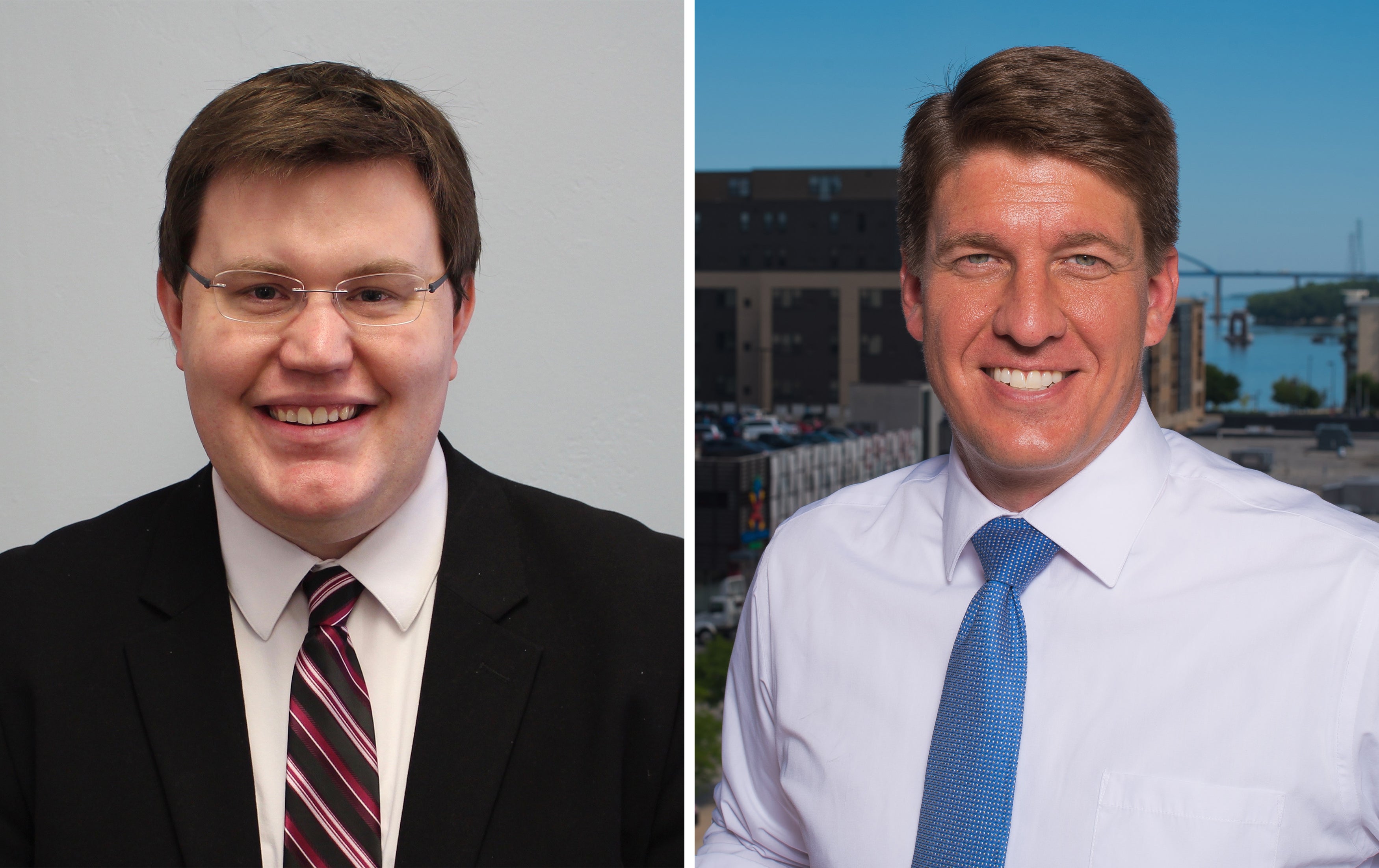 Jonathon Hansen's Republican opponent, Wimberger, said a lot of the divisiveness in politics today is the result of government overstepping its mandate.

Wimberger said his political philosophy boils down to the idea that 48 percent of people will disagree with almost any move the government makes.

"So government shouldn't be getting into other people's business and telling them what to do, taking their money and saying what the right thing for them is," Wimberger said.

Wimberger said the voters of northeast Wisconsin will identify with his blue collar background. He worked in a factory, tended bar and drove a truck to help put himself through law school.

He also joined the U.S. Marine Corps representing the branch and its soldiers as an attorney. He said he did it to make a positive difference — the same reason he's running for office.

The De Pere native now owns a local law firm and his history as an attorney has come up during the campaign. Democrats, including Hansen, have attacked him for statements he made while representing clients accused of sexual assault and child pornography. Wimberger said he finds the tactic stunning.

"He claims that there's injustice in the criminal justice system, but then he's attacking me, the only guy on the other side, you know, being a check on that," Wimberger said.

Wimberger said he places a higher priority on public safety than his opponent does. He's been endorsed by the sheriffs of Brown, Oconto and Marinette counties — the three counties that fall in the district.

Another retirement, this one from former Senate Minority Leader Jennifer Shilling, D-La Crosse, set the stage for a rematch in the 32nd Senate District in southwest Wisconsin.

Shilling has endorsed Pfaff, who previously worked for Democratic U.S. Rep. Ron Kind and was the state director for the U.S. Department of Agriculture under the Obama administration.

Most recently, Pfaff has been in the thick of Wisconsin's contentious state politics.

Evers appointed him to lead the Wisconsin Department of Agriculture, Trade and Consumer Protection, but when Pfaff criticized some Republicans for withholding mental health funding for farmers, the state Senate took the rare step of firing him.

During a recent forum on the WPR program "Newsmakers," Pfaff described himself as someone who can rise above partisanship.

"Our politics right now is too divisive," Pfaff said. "It doesn’t have to be like that. We can come together to solve the problems that we’ve got here in this area and in this state."

Pfaff has called for increasing investment in roads and rural broadband, as well as new money for equity training for law enforcement.

He said he has the experience to help struggling farmers in the district that have been underserved by the Legislature.

"They're hurting. And quite frankly, there's an awful lot of talk taking place and there’s not a lot of action," Pfaff said.

Pfaff ran for the 32nd Senate seat in 2004 but lost to Kapanke by about 5 percentage points. 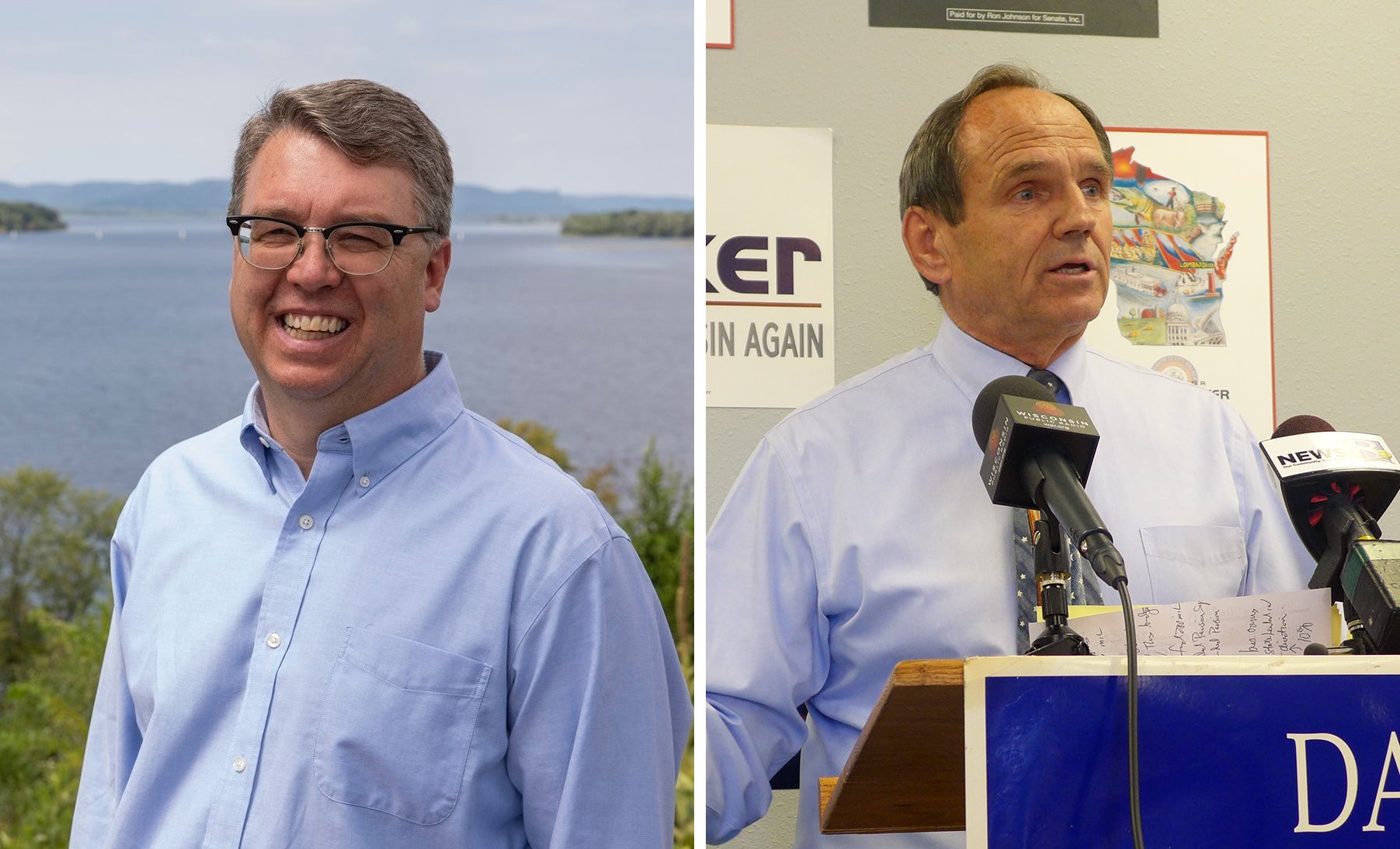 Kapanke worked for 20 years as a seed salesman and is the owner of an amateur baseball team in La Crosse.

He served as state senator until 2011, when he lost a recall election to Shilling that was prompted by the fight over Act 10, former Republican Gov. Scott Walker's signature law that all but eliminated union rights for most public sector workers. Kapanke narrowly lost a rematch with Shilling in 2016.

Kapanke said he’s back this year because he’s a "people person."

"I’m passionate about where we live, the people in this district and my intent here is to go to Madison and represent these people in the manner they should be represented," Kapanke said.

He said farms should be allowed to grow larger without being overregulated and he called for supporting law enforcement instead of seeking reforms.

But in contrast to other Wisconsin Republicans, Kapanke said he would be open to accepting federal Medicaid dollars to help expand access to health care.

"With COVID, the dynamics have changed," Kapanke said. "If I would get to Madison, I would be open to accepting those dollars to help."

The rematch between Kapanke and Pfaff is just one of several races in the western side of the state that could prove pivotal in this year's election.

They also include the race for the 94th Assembly seat between Rep. Steve Doyle, D-Onalaska, and Republican challenger Kevin Hoyer of West Salem.