You can learn a lot about Wisconsin Democratic U.S. Rep. Ron Kind's politics and the 3rd Congressional District he represents from watching his TV campaign ads.

In one, the longtime congressman from La Crosse wears camouflage and carries a hunting rifle, while a narrator describes him as a "sportsman, a dad and a lifelong Packers fan."

Another ad features Kind and his wife standing in front of a church, saying their "family and faith" will sustain them through the coronavirus pandemic. 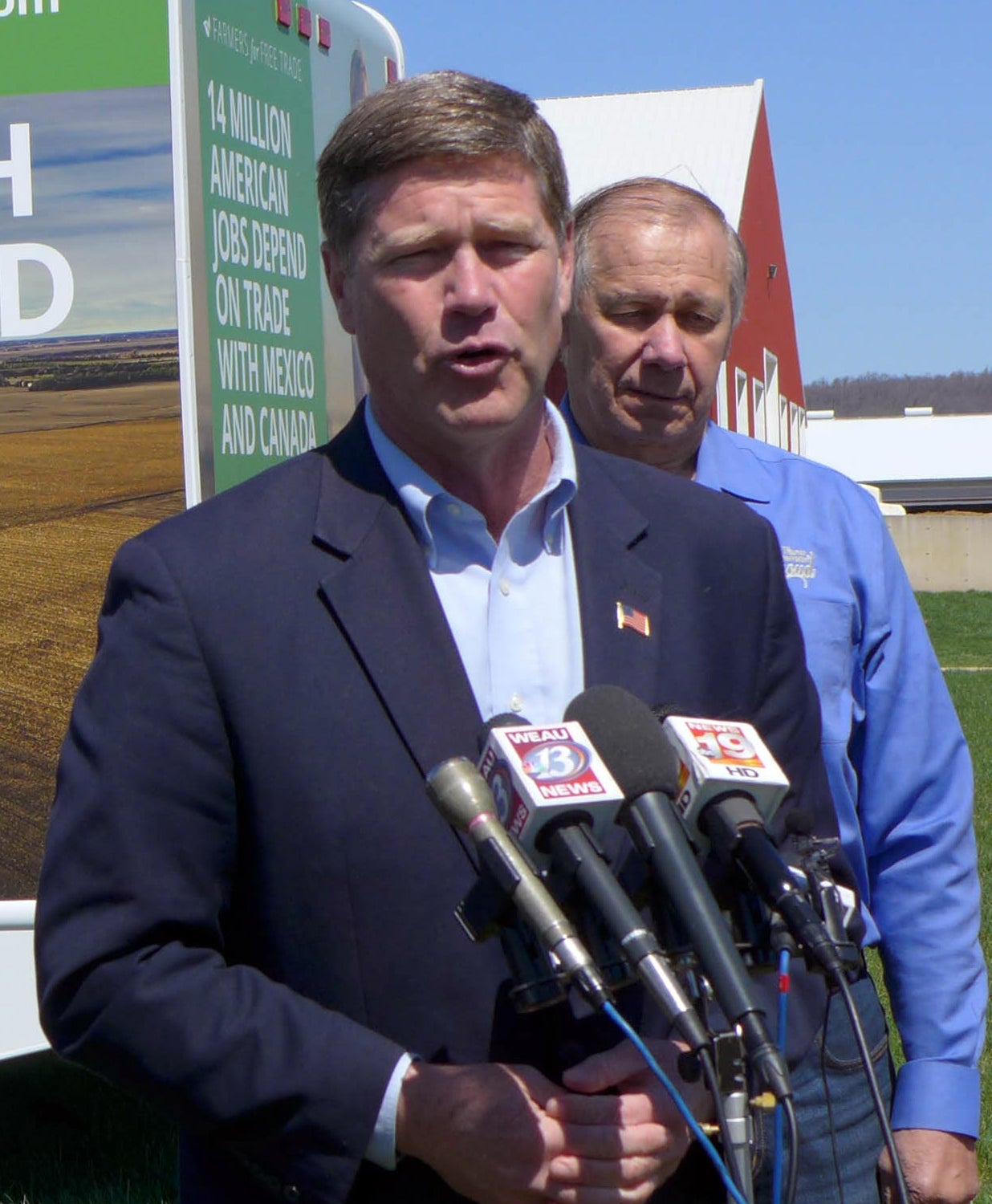 This has been Kind's strategy throughout his time in office: appealing to both liberal and conservative voters in an area that doesn't conform to typical partisan fault lines. And it has worked for him. Kind has won a dozen elections in the western Wisconsin district, holding the seat for Democrats since 1997.

"He is probably one of the types of Democrats that is most difficult to defeat in western Wisconsin," said Joe Heim, emeritus professor of political science at the University of Wisconsin-La Crosse. "He's not a strong liberal. He's had a record over the years of being a moderate."

Heim said there are parts of the district that are up for grabs, with voters historically willing to split their tickets.

In 2018, for example, voters in the largely rural Buffalo County supported former Republican Gov. Scott Walker with 58 percent of the vote. In the same county, Kind got 56 percent of votes.

"I just think that party means a little less in western Wisconsin than it does maybe in the eastern part of the state," Heim said. "People here are a little more independent, a little less partisan, a little less willing to go down the line with the parties."

Kind also talks about the political independence of his district. And 24 years after he was first elected, he said he still thinks voters are looking for a representative who will reach across the aisle instead of following the party line.

"Some of my best friends are Republicans and I’m not afraid to admit that. And I think that people need to understand that it's not bad to have close friends or even family members who may be affiliated with the other party. We can't be enemies," Kind said. "I‘m still convinced that the vast majority of people in the congressional district that I have the responsibility and the honor to represent feel the same way, that they’re as disturbed as I am given the intense polarization and how hyperpartisan everything has become."

But the district has not always looked for someone who wants to keep the political peace.

During the last presidential election in 2016, the 3rd Congressional District supported President Donald Trump, who campaigned with a combative style and a pledge to "drain the swamp."

Trump won the district by 4.5 percent — a performance in western Wisconsin that exceeded expectations, including for Republicans who hadn't fielded a candidate to run against Kind that year.

To put that in context, former Democratic President Barack Obama carried the 3rd District by nearly 11 points in 2012. 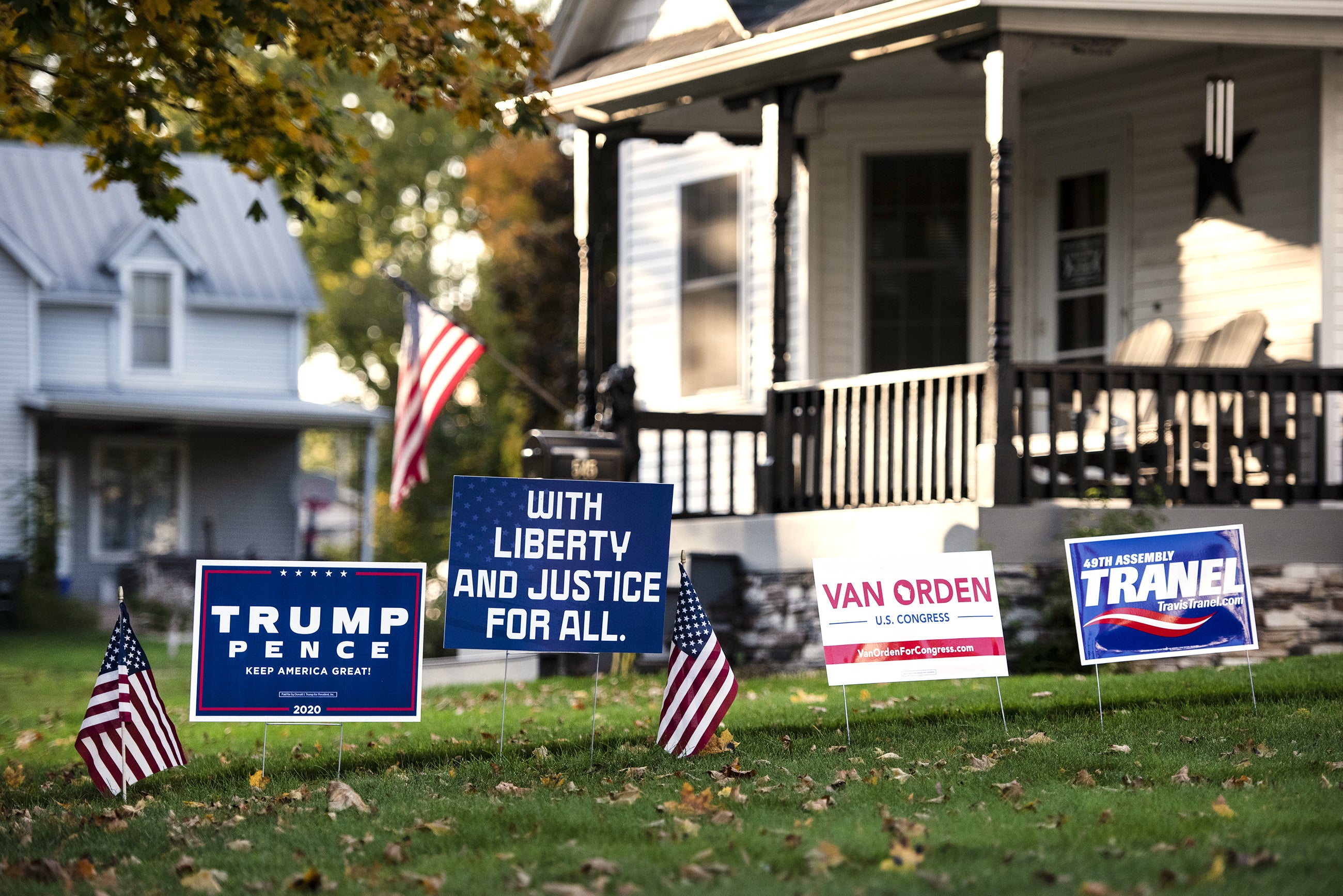 Derrick Van Orden is running against Rep. Ron Kind in the third district. A yard sign in support of him is displayed outside of a Lancaster, Wis., home Thursday, Oct. 8, 2020. Angela Major/WPR

Kind's challenger in this year's election, Republican newcomer Derrick Van Orden, has embraced Trump and argues voters in the 3rd District are looking for new kind of representative.

Van Orden is a retired Navy SEAL and owns a small hobby farm in Hager City. He’s never held political office, but he says he was "called" to run for the seat when Kind voted in favor of impeaching Trump.

"Ron Kind understands that he's going to be unemployed next year because the people in the 3rd District of the state of Wisconsin actually want someone that's going to represent them. And he simply has lost his way," Van Orden said.

Van Orden has characterized the race as a choice between "liberal elitists" like Kind and someone who is like Trump. Trump himself endorsed Van Orden during a rally in Mosinee in September, saying Van Orden has his "total support."

"The fact that Van Orden is likely to raise over a million dollars, the fact that Republican groups in Washington are investing in the race for the first time in decades shows you that this is a more competitive race than any Kind has faced, at least under the current redistricting lines," Wasserman said.

Wasserman said Kind's biggest vulnerability this year could simply be the fact that he's spent so many years in office.

"His longevity in Washington plays into Republicans' message that he's been there too long, that at this point his career is defined by being a politician and that it's time for an outsider. And being an outsider is one of the reasons Trump carried this district in 2016," Wasserman said.

Kind is still considered the favorite in this year's race, Wassermen said, but both he and Heim agree the race will come down to whether the district turns out for Trump again and if that momentum for an outsider candidate will be enough to overcome the area’s historical preference for a moderate.