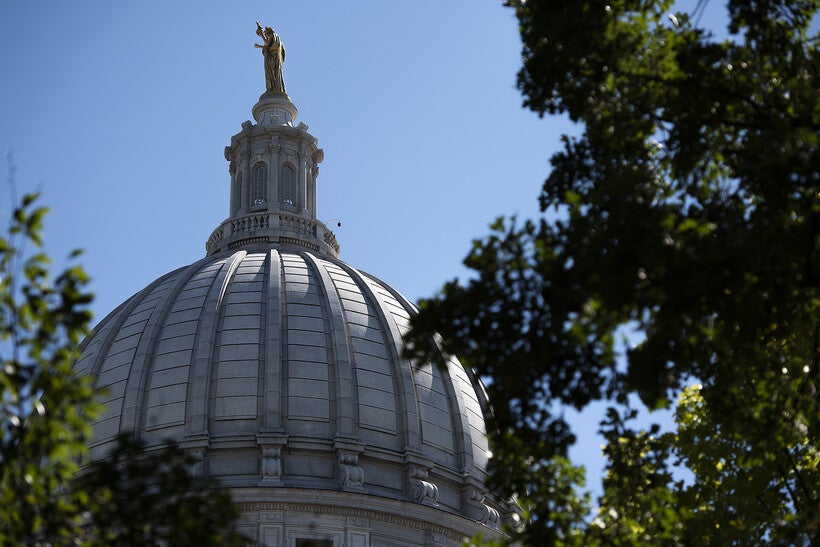 A Handful Of Districts Will Decide Whether Republicans Gain A Veto-Proof Majority In The Assembly
By Shawn Johnson
Share:

Races in just a handful of Wisconsin's 99 Assembly districts could decide whether Republicans win a big enough majority to override the vetoes of Democratic Gov. Tony Evers.

And based on comments from the Assembly's top Republican and Democratic leaders, Milwaukee's suburbs will be at the center of that fight.

Democrats see an opening in suburban districts where some traditionally Republican voters are uneasy with President Donald Trump.

"We have districts, especially in the suburbs, that have changed dramatically," said Assembly Minority Leader Gordon Hintz, R-Oshkosh during a forum hosted by Wispolitics Wednesday.

Assembly Speaker Robin Vos, D-Rochester, conceded that some suburban seats were competitive, but he said Republicans knew how to win there.

"I think these are all pipe dreams on the part of the Democrats," Vos said. "If somebody wins with 60 percent or 57 percent, it might make you feel a little bit better. But just like in football, all that matters is who wins the game."

Vos said part of the reasons Democrats were focused on the suburbs is that rural seats they once held had since left the party.

"You go back and look and see a lot of the rural or semirural seats that they used to be competitive in," Vos said. "They are no longer really even competitive."

Hintz said the small number of seats up for play underscored the importance of the last round of redistricting in 2011, when Republicans controlled state government and drew a map that helped them hold outsized majorities for the past decade.

"In 2010, one of the worst years for Democrats in state history, under the last round of maps, we won 39 seats," Hintz said. "And in 2018, one of the best years in Democratic history, we won 36 seats, which shows you the impact of redistricting."

Democrats have warned that if Republicans win two-thirds majorities in 2020, Evers won't be able to stop them from drawing the map for the next decade. Hintz said that has motivated people.

"The opportunity that we see, obviously, to protect the governor's veto, but to make some headway heading into redistricting, I think has people fired up," Hintz said. "For some, it's going to be the national importance. And for others it's going to be really about the next decade of Wisconsin politics."

Hintz said Democrats were also contrasting their party's positions on fighting COVID-19 with Trump's, whom he said had made a mess of the pandemic.

Vos said Republicans were running on their own record of managing the state's budget and highlighting support from some Democrats to defund police.

While Vos did not rule it out, he said a two-thirds majority was unlikely.

"I don't think it's likely only because of the environment that we are in," Vos said. "We'll still come back with 60-plus seats."

Here are some of the districts both parties are focused on.

There may be no district that better illustrates the battle over the suburbs than the contest for the 14th Assembly District currently held by state Rep. Robyn Vining, D-Wauwatosa. Vining faces Wauwatosa Republican Bonnie Lee.

Vining won the district by just 138 votes in 2018 after it was left vacant by state Sen. Dale Kooyenga, R-Brookfield. While the district lines are different, it's the Assembly seat once held by former Republican Gov. Scott Walker.

"I think she's our best opportunity only because it is traditionally Republican territory," Vos said. "We know that in Waukesha County, we have seen the numbers surge for Republicans."

Hintz said Republicans were trying to attack Vining by running a negative campaign that echoes some of Trump's warnings about socialism.

"It's really about trying to motivate as many right wing extremists to turning out," Hintz said. "And that's just not Robyn Vining's district."

In 2018, Meyers won 56 percent of the vote, Doyle won 60 percent and Milroy faced only write-in opposition.

Vos noted that Bolen, the Republican challenging Meyers, narrowly lost a race for state Senate in 2018.

Three suburban districts currently held by Republicans also top the list of Democratic targets in 2020, according to Hintz.

Hintz said opinions among voters in those suburban districts have shifted over time: "I don't think Rob Hutton and Jim Ott have changed their positions at all, even though their districts have."

Vos said voters would recognize Ott's record of talking about drunk driving. He said Knodl and Hutton were small business owners who voted for the state's COVID-19 bill that passed the Legislature nearly unanimously earlier this year.

"Those resonate in a district that's still going to be carried by and large by Republicans," Vos said.

"I mean, we saw demonstrations around the state of people expressing themselves because they felt that what happened in the George Floyd murder was out of line with their values," Hintz said. "And that included in rural communities. And I just don't think people want a representative who espouses those types of values representing their community in Madison."

Armstrong is running against Democrat John Ellenson of Shell Lake for the seat being vacated by state Rep. Romaine Quinn, R- Cameron.

Vos said Armstrong had already acknowledged he made a mistake.

Ellenson is a former member of the University of Wisconsin-Madison basketball team.

All 99 Assembly districts are on the ballot every two years, although some of the more lopsided districts have only one candidate.

This will be the last election held using the current districts, which will be redrawn by the Legislature or a court before the 2022 election.

Correction: A previous version of this story misidentified Gordon Hintz's party affiliation. He is a Democrat. WPR regrets this error.