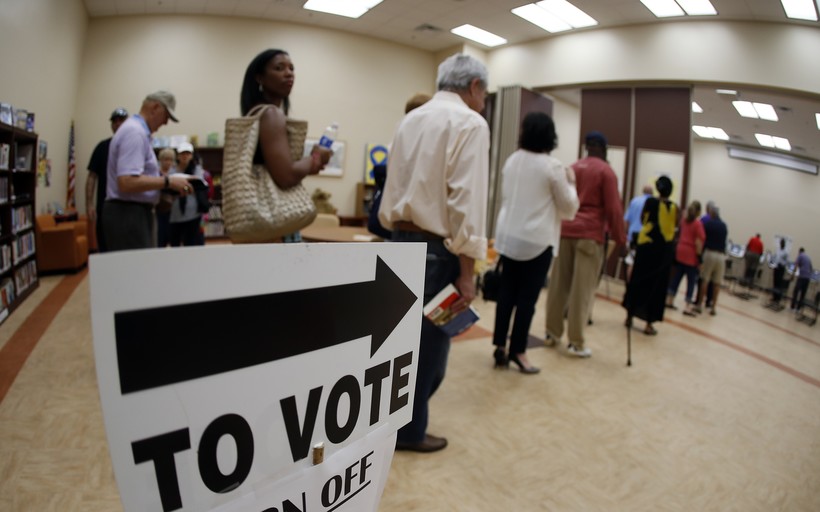 It's 1 Of More Than 30 Bills Signed Into Law This Week
By Miranda Suarez
Share:

Gov. Tony Evers signed over 30 bills into law this week, including a measure to make voting more accessible to people with disabilities.

State voting rules require people to state their name and address at a polling place before they can vote.

Now, there’s an exception for people with speech-affecting disabilities, who can use written identification instead. An election official or a trusted person could also say the voter’s name and address for them.

Beth Swedeen is the executive director of the Wisconsin Board for People with Developmental Disabilities. She said the new law is "a piece of the puzzle" to improving voting access — but not the only one.

"Transportation is a big barrier because a lot of people with disabilities don't drive, and as you know, polling places aren't often close enough, especially in rural areas, for people to get there on their own without some support," she said.

A Rutgers University study found in Wisconsin’s 2018 elections, there was a 10.4 percent voter turnout gap between people with disabilities and people without disabilities.

The Wisconsin Disability Vote Coalition, made up of several disability advocacy organizations, said one of its member groups has received complaints from deaf voters and others regarding the state-your-name requirement.

"For people with intellectual and developmental disabilities who The Arc Wisconsin serves, sometimes folks communicate in nontraditional ways, but that shouldn't prevent them from being able to vote," Pugh said.

Evers signed the bill in River Falls on Friday.

"We have to make sure voting is fair and accessible, and that everyone has the opportunity to cast their vote at the ballot box," Evers said in a statement. "I am proud to sign this bill today to remove barriers to the ballot box for individuals with disabilities because it is essential to ensuring that every Wisconsinite can vote."

This bill signing comes after a flurry of legislative activity from Evers this week. He signed a controversial measure to make it a felony to trespass or damage oil and gas pipelines and vetoed a bill that would have reduced training requirements for certified nursing assistants.