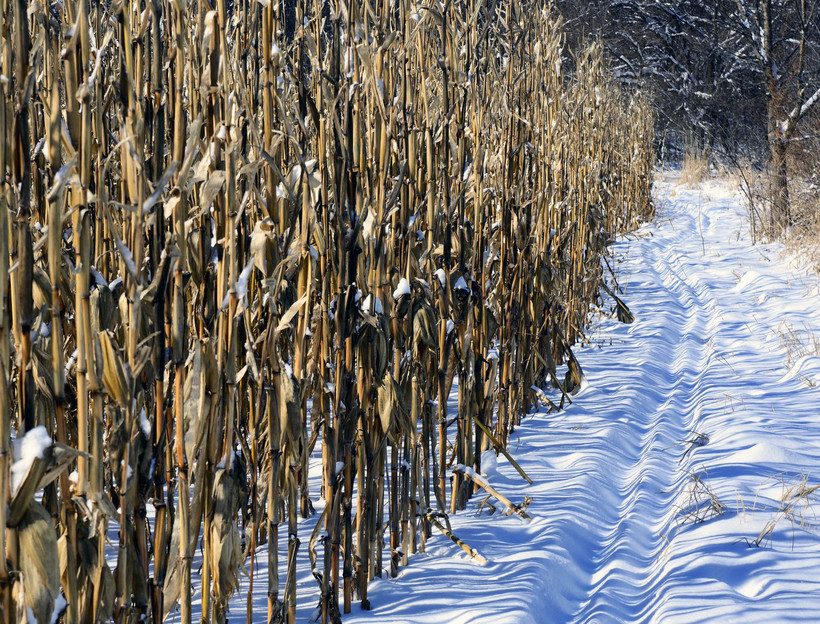 With Several Inches Of Snow Expected, Farmers May Wait Until Spring to Finish Harvest
By Hope Kirwan
Share:

As winter weather moves into the state, Wisconsin farmers have not finished harvesting this year’s corn crop.

The latest crop progress report from the state's U.S. Department of Agriculture office shows only 57 percent of corn for grain has been harvested. That’s 22 days behind last year and 18 days behind the five-year average.

Jerry Clark, agriculture educator for University of Wisconsin-Extension in Chippewa County, estimates about 20 percent of his county’s corn crop is still in the fields.

"The corn crop is usually harvested and in storage by Thanksgiving here in western Wisconsin," Clark said. "The moisture content is the real kicker this year because it's still high as far as being in the upper 30 percent moisture."

Clark said grain moisture percentage is usually in the low 20s or teens by this time of year. But late planting this spring and challenging weather throughout the season delayed crop maturity.

Becky Schley, UW-Extension educator for Barron and Polk counties, said some work in corn fields was delayed earlier this season as farmers prioritized harvesting forage for livestock feed. Producers have faced a tight supply of hay in the state all year.

"Some of them were still trying to get another cutting of haylage off or forages off before they started the corn silage," Schley said.

With up to 10 inches of snow possible in the region on Tuesday night, Clark said any crops still in the fields will likely stay there until spring.

"It definitely is going to stop things for a while because snow does not go through a combine very well," Clark said. "Most farmers will wait for that snow to fall off the plants that are out there or, depending if there's drifting or how deep that snow is, if they can still get through with a combine and their equipment, they may still try to harvest."

He said drivers visiting rural areas for this holiday should keep an eye for farm equipment still out on the roads.

The report found soybean harvest was 82 percent complete, falling 18 days behind last year and 25 days behind the five-year average.

Fall tillage was also behind, with only 39 percent of acres reported as complete.

Schley said an earlier stretch of cold weather in October left some ground in her area frozen.

"That made it difficult to do any of that fall tillage," Schley said. "It will slow things down come spring because they won't have as much done."

She said the frozen conditions also meant some producers weren’t able to plant a cover crop for the winter.