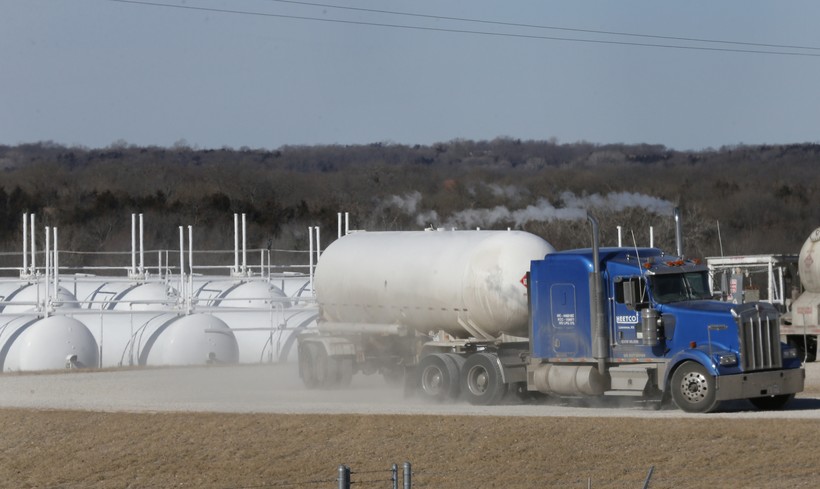 Gov. Tony Evers has declared an energy emergency in Wisconsin as propane retailers scramble to keep up with demand from farms and rural residents.

The executive order issued on Wednesday will exempt truck drivers carrying fuel from federal and state hours of service restrictions for the next 30 days.

With crop harvest underway and winter weather hitting some parts of the state already, demand for propane is high in Wisconsin and neighboring states.

"Our drivers aren’t on the road driving, they’re just sitting in line," Dallmann said. "Some of these lines are so long that the drivers are only getting out one load a day and that's just not enough to keep the tanks full so we can get out in the country and deliver to our farmers and our heating customers."

Emma Corning, executive director of the Wisconsin Propane Gas Association, said she's heard of drivers waiting in line for up to eight hours, which uses up the time drivers are legally allowed to be behind the wheel.

She said the executive order will give drivers more flexibility.

"They can then sit in the truck longer or make an extra trip if they need to to keep the propane moving," Corning said. "Really I like to think of it as more of a logistical issue. The propane's there, we just need to get it where it needs to go."

Dallmann said an energy emergency order is used almost every year because so many rural residents rely on propane for heating.

This year’s delayed growing season also means many farmers will need propane to dry down crops before putting them in storage.

Joe Lauer, agronomist at the University of Wisconsin-Madison, said he started advising farmers to start buying propane over the summer after wet weather caused major planting delays across the state.

"Whenever that occurs, we typically have some fairly wet corn," Lauer said. "We just haven't gotten a break this year in terms of the weather. It's been really cold and wet through most of the season."

He said most farmers are hoping for a few more sunny days to help dry crops down in the fields. But if winter weather continues, Lauer said farmers will be racing to bring crops in before snow keeps them out of the fields.