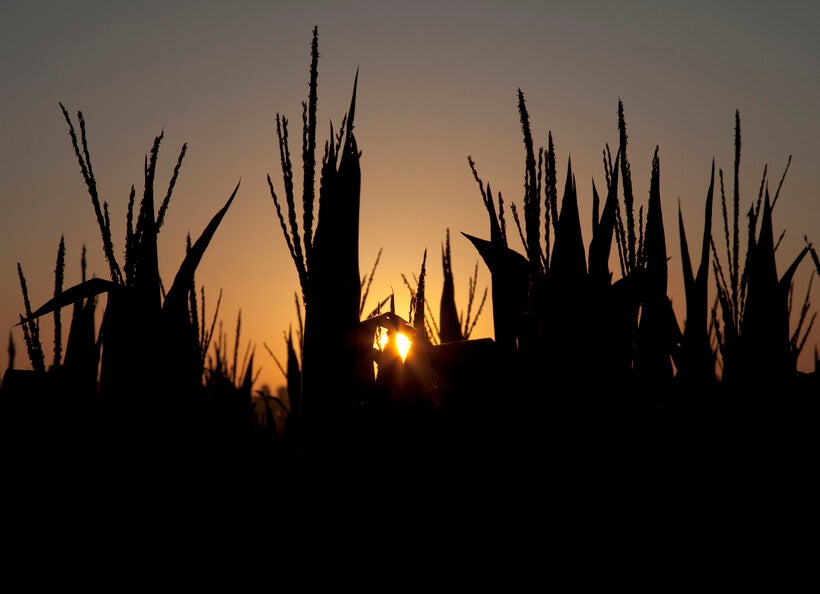 The latest crop progress report from the National Agricultural Statistics Service found the state's corn and soybean crops are around three weeks behind the five-year average.

Lauer said cool, wet weather kept farmers from getting their fields planted on time this spring. And that means they’re now facing more pressure from pests.

"The insects, the pathogens, anything that can attack a corn crop, even some of the weeds, have got a head start on the plant," Lauer said.

Growers are busy scouting their fields for potential pests and treating with pesticides when they can, Lauer said.

But Shawn Conley, soybean and wheat specialist for UW-Extension, said some farmers may not be able to afford to treat fields given the low yields expected from the late developing crop.

"With the economy being what it is and the price of our crops in forward contracting, there's not a lot of dollars left in the bank to be able to make these management decisions," Conley said. "I think farmers are really challenged with how do they and where do they invest the few dollars they have."

Conley said weed pressures will be made even worse by the number of fields left unplanted across the state. When farmers couldn’t get crops planted by the crop insurance deadline in late May or early June, Conley said more farmers decided to leave fields unplanted.

"The fact that we have all of these unplanted acres, 'prevent plant' acres out there, it's really been a challenge to actually get cover crop seed available to put something out there to protect that land and keep the weeds down," Conley said.

With more weeds allowed to produce seeds, Conley said growers will likely be dealing with higher weed pressure for the next three to five years.

While many areas have seen warmer weather in recent weeks, Conley said crop development is at a 25-year low for Wisconsin. He said the eastern side of the state has been particularly behind because of the region's heavy clay soil.

But Lauer said some farmers are still planting corn this late in the season because of a shortage of livestock feed.

"We just need to have really any kind of forage to be able to feed cattle, dairy cows, and get them through the winter," Lauer said. "What we’re really after with July planting dates is just being able to produce a forage: leaves, stalks, that sort of thing."

Farmers will likely face higher costs during harvest, with more fuel needed to dry down crops before putting them in storage, Lauer said.