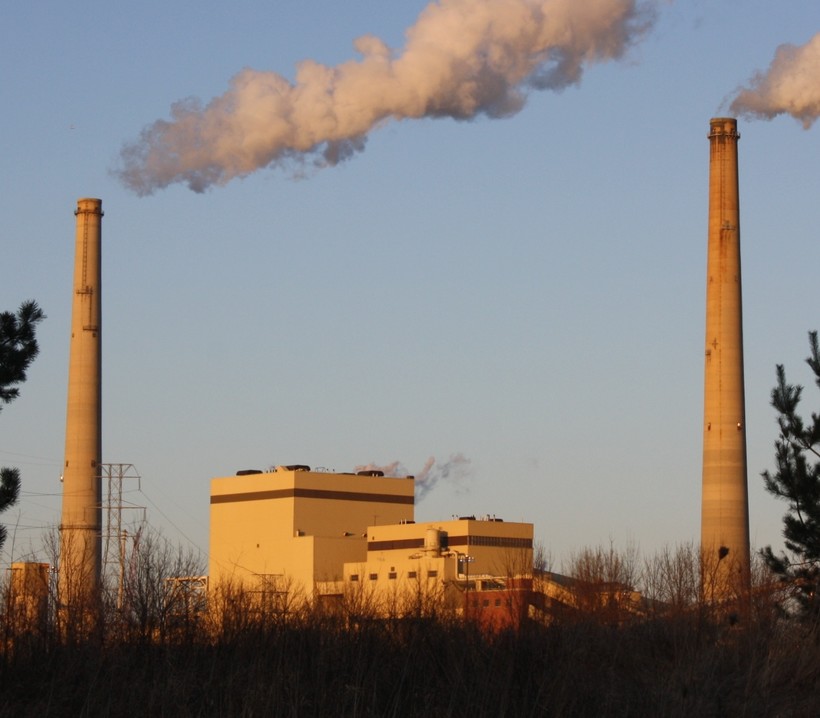 Wisconsin utilities are expected to cut carbon emissions by nearly 40 percent in the next six years. The findings are from a draft strategic energy assessment put together by the state Public Service Commission.

The assessment provides details on the adequacy, reliability and affordability of electricity in the state every two years. Joe Fontaine, the commission's energy policy advisor, said it's the first time they've included data on projected emissions reductions provided by utilities.

"The decarbonization goals that have been set by the utilities and the initiatives from Gov. Evers have both really grown since then," said Fontaine.

Many of the state's largest utilities have set goals to cut carbon emissions from 2005 levels by 80 percent by 2050, including We Energies, Wisconsin Public Service and Alliant Energy. Minneapolis-based Xcel Energy was the first major utility to announce its goal to provide 100 percent carbon-free electricity by 2050 — a goal that Gov. Tony Evers mirrored in an executive order last August.

"We consider the strategic energy assessment a snapshot that's supposed to give a good picture, at least at this point in time, of where the industry is at," said Fontaine. "Emissions are a much more significant part of the picture than they've been in the past, so we wanted to expand and capture that information."

Fontaine added several utilities have set goals to cut carbon emissions 40 percent by 2030, indicating they're on track to meet or exceed expectations. Between 2005 to 2018, carbon emissions from utilities declined 18.5 percent. He said coal plant retirements at Pleasant Prairie in Kenosha County and Edgewater in Sheboygan have been driving factors behind reductions in the last two years.

The decline in emissions follows the drop in the amount of coal used to produce electricity, which has become more expensive to operate than alternatives like natural gas and renewable energy. Coal produced around 63 percent of the state's energy in 2010, but that declined to roughly 48 percent in 2018.

Bill Skewes, executive director of the Wisconsin Utilities Association, said the economics of coal are driving utilities toward more renewables and natural gas, which produces about half the emissions of coal plants.

The state's utility providers expect to retire nearly 1,100 megawatts of electric generation by 2026, most of which comes from coal or natural gas sources. That includes Dairyland Power Cooperative's plans to retire its Genoa coal plant.

However, the information submitted in the PSC report does not reflect more recent developments, such as Alliant Energy's announcement to shut down its 400-megawatt Edgewater coal plant by the end of 2022. Utilities also submitted data for the report prior to the COVID-19 crisis.

Skewes said it's difficult to say whether the coronavirus pandemic will impact utilities plans to reduce carbon emissions.

"If demand for electricity is projected to fall by 5.5 percent, I think the (Energy Information Administration) is saying right now, you'd naturally think that emissions would also fall," said Skewes. "But, that could also affect utilities' ability to get all the regulatory approvals to install more carbon-free generating capacity at a time when demand is flat or falling."

Scott Blankman, director of Clean Wisconsin's air and energy program, said the draft report shows "slow and steady" progress among the state's utilities. He'd like to see utilities speed up their timeline for retiring coal-fired power plants, especially with declining energy sales due to the coronavirus pandemic.

"There's really a great opportunity to accelerate the retirement of those plants, given the economic situation that we're in," said Blankman. "And, as part of that, you really have an opportunity to have a clean energy economy continue to bloom and emerge."

While he's pleased to see a reduction in carbon emissions, Blankman highlighted more natural gas plants are coming online and emitting fossil fuels. Wisconsin utilities plan to add 2,200 megawatts of new generation in the next six years, of which 57 percent is slated to come from natural gas.

The report also found Wisconsin will have adequate energy supplies moving forward, whereas the state had excess capacity two years ago.

In addition, ratepayers' bills in Wisconsin compare favorably to other Midwestern states despite customers paying rates above the national average at roughly 14 cents per kilowatt hour.

Tom Content, executive director for the Citizens Utility Board, noted state ratepayers have lower bills on average because they use less energy than other states.

"Clearly, it's the case that Wisconsin residents use energy efficiently," said Content.

The report found average electricity use among customers declined 5 percent from 2007 through 2018. The state's energy efficiency program Focus on Energy also saved enough energy from 2015 to 2018 to power more than two million homes for one year.

Content noted Wisconsin residents also may not use as much energy for cooling during the summer months as other Midwest states due to its more northern climate. Still, he said Wisconsin has the 13th highest rate costs in the country.

"That's a challenge for our customers and why we work so hard to try to hold the line on increases when utilities come in for rate increases," said Content.

Content said the report didn't emphasize the potential looming costs to ratepayers as utilities transition away from fossil fuels. He fears customers may end up paying twice in the future as utilities invest in renewable energy projects while also seeking to recover their investments in coal-fired plants that are no longer economically feasible to operate.

The commission's draft report is available for public comment and public hearings will be held on August. A final version of the report will be issued this fall.