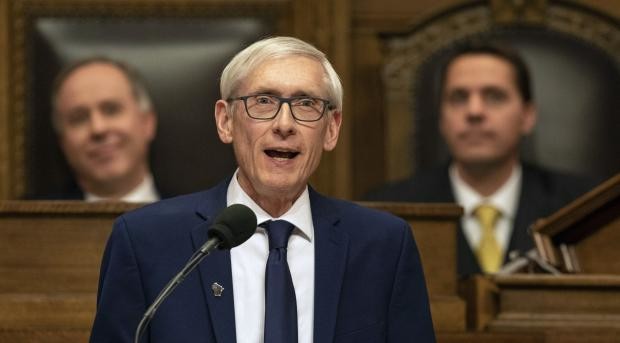 Gov. Tony Evers: Wisconsin Will Be Carbon Neutral By 2050

Wisconsin will be carbon neutral by 2050 under a plan unveiled Friday by Gov. Tony Evers.

Evers set the goal in an executive order that also created a state office dedicated to clean energy and sustainability.

The order tasks the new Office of Sustainability and Clean Energy with achieving carbon neutrality within about 30 years, which means shifting the state away from electricity generated by fossil fuels in favor of things like solar and wind power.

"For far too long, clean energy has not been a priority in our state, and we’re going to change that," Evers said at a Capitol press conference.

Evers said the goal will be met by setting new energy savings goals for state agencies, helping businesses and communities "make smart energy decisions" and promoting training for jobs in solar and wind power, among other measures.

In his order, the governor cited climate change as the driving force behind an increasing number of severe weather events in Wisconsin in recent years, including historic flooding.

The governor included about $12 million for the Office of Sustainability and Clean Energy in his state budget proposal, but it was removed by state lawmakers.

"This should have been a priority for the entire Legislature, but it wasn’t," Evers said.

That plan would have funded six full-time staff for the office. According to the governor, workers will be shifted from his office and the state Department of Administration to staff the agency under this plan.

"This has been a passion of mine for quite some time," Barnes said. "We must meet, if not exceed, this goal."