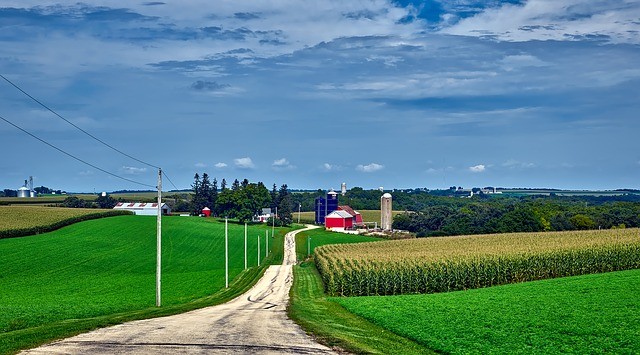 Casper Bendixsen, director of the National Farm Medicine Center, said the pandemic’s impact on the meat industry was definitely a wake-up call for farms, especially those that share a common labor pool with local plants.

"If a farm was maybe not personally impacted by the illness, they certainly became cognizant of the fact that it was going to affect the food supply and their bottom dollar," Bendixsen said. "The other thing that I think it did was kind of wake up the rural communities that they are as vulnerable as an urban population."

The Centers for Disease Control and Prevention recently issued new guidance for farm workers and employees. Bendixsen said the risk of spreading the virus on farms largely depends on the type of operation and the season.

"It's seven days a week and often in close quarters. Especially in the winter time, which is something we have to think about now before winter time comes with flu season," Bendixsen said.

He said these large farms sometimes provide shared housing and transportation for workers and employers have an obligation to keep those spaces safe too.

"The question becomes, 'What are you doing to limit the amount of exposures to workers in housing and the facilities?' Are you separating them by group so that you can kind of keep households together and then maybe not put older workers at risk in the midst of COVID-19? And then the general hygiene of the bathrooms, the break rooms, the locker rooms, the employee housing, the farm trucks, the farm tools that they’re sharing," Bendixsen said.

John Shutske is a health and safety specialist for the University of Wisconsin-Madison's Division of Extension. He said there have been some anecdotal reports of outbreaks among workers at a few large farms in the state, but there hasn’t been good data available to understand the extent of the problem.

Shutske said many farms have already faced a shortage of workers in the last few years and have come to rely on immigrant or migrant workers.

Wisconsin Assembly Speaker Robin Vos recently faced criticism after blaming a coronavirus outbreak in Racine County on immigrants and "a difference in culture where people are living much closer and working much closer."

Bendixsen said having multiple generations living in a household is a factor that could affect virus spread, but the practice isn’t unique to immigrant families.

"Frankly, if workers can't afford to live anywhere but worker housing, that's part of the problem," Bendixsen said. "The privilege of being able to socially isolate because you’ve got internet and room of your own I think has become very apparent to people."

With trust between immigrant populations and the government strained in recent years, Bendixsen said farm owners need to encourage their employees to seek help if they start experiencing COVID-19 symptoms.

"Concern about citizenship status may deter someone from seeking medical care or having their job threatened. So there's a hesitancy that's built into sort of an at-risk population that needs to be paid attention to," Bendixsen said. "We need to make sure that workers know that they have rights and they can seek medical attention."

Shutske said small-scale farms growing for CSAs or farmers markets could also be hurt by the virus this summer.

"If you have four people and you lose one of them, you’ve immediately lost 25 percent of your workforce. And hopefully that’s the only person who gets sick," Shutske said.

Shutske said many farms were worried about supply shipments and other deliveries early on in the pandemic, especially corn and soybean growers who were ordering seeds and fertilizers.

But he said small operations or those with few employees are mostly a low-risk environment.

"If I’m out working, driving a tractor, out in the sunlight and the fresh air, tending to my vegetables or my other crops… the risk is really low. You probably have more risk going in on a Friday evening, going out to dinner at an indoor restaurant," Shutske said.