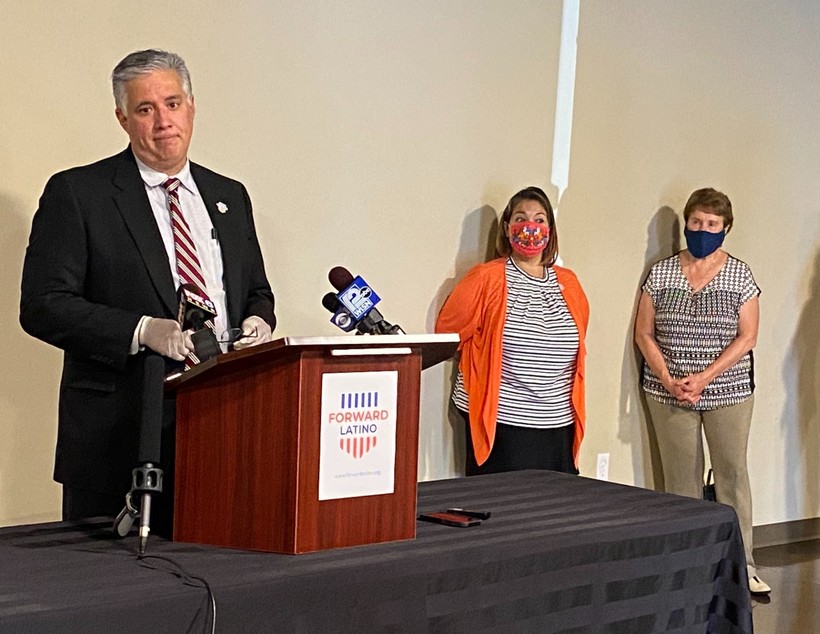 Assembly Speaker Made Comments On May Phone Call With Governor
By Corrinne Hess
Share:

Less than 24 hours after a recording became public of Assembly Speaker Robin Vos blaming a coronavirus outbreak in Racine County on "immigrant culture," critics have responded with calls for the GOP leader to resign or apologize.

On the secret recording of a phone call last month with Gov. Tony Evers, Vos blamed high numbers of COVID-19 cases in Racine on immigrants.

"I know the reason, at least in my region," Vos said in the recording, "it's because of a large immigrant population where, you know, it's just a difference in culture where people are living much closer and working much closer."

@repvos should should step down from his position immediately. This is racist as hell and totally unacceptable. https://t.co/Ow16KVqbvg

Vos responded on Twitter, saying: "Listen to what was said and not the sensationalist headline. Facts show communities of color are disproportionally impacted. That's science."

Vos’ spokesperson, Kit Beyer, said the speaker has been concerned about COVID-19 outbreaks in his area. 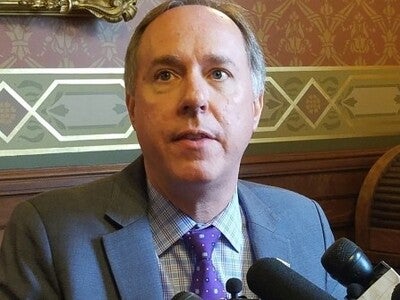 "A few days before the secretly recorded call, he was briefed by local hospital officials about the spike in cases. As a result, he has been in frequent communications with local officials including the county executive about the response," Beyer said.

Racine County has emerged as a hotspot for coronavirus cases in the state and the nation. As of Thursday, the county had 1,966 positive cases and 51 deaths according to data from the state Department of Health Services. There are 1,006 positive cases per 100,000 people in Racine — a much higher rate than most counties in the state.

As in Milwaukee, the hardest hit communities in Racine have been communities of color. About 45 percent of the city of Racine’s population identifies as African American or Latino. About 85 percent of the coronavirus cases in the city are people of color, Racine Mayor Cory Mason said in a previous interview with WPR.

On Thursday, Forward Latino held a press conference to address Vos’ comments. The group's president Darryl Morin demanded Vos apologize, and work with Evers to work with employers to provide protection for workers.

When asked if Vos should resign, Morin did not say yes.

Morin also mentioned comments made by state Supreme Court Chief Justice Patience Roggensack in May as another example of racism in the state's political leadership. During virtual hearings in the lawsuit over Evers' "Safer at Home" order, Roggensack said that the hundreds of COVID-19 cases connected to meat packing plants in Brown County "weren't just the regular folks in Brown County."

Morin said the events of the last several weeks have startled the collective consciousness of the country, and that the death of George Floyd was the tipping point.

"Now is not the time for partisanship but for good governance," Moran said. "We are in the middle of a pandemic. Now is a time for leadership."

"Rep. Vos is saying things that I don’t think are intentionally racist, but are unconsciously racist. And that’s how it comes out," Hayward said. "This has happened over and over again in a society where we have such implicit bias, where we have such systemic racism."

Jenny Tasse, a spokesperson with the Milwaukee Jewish Federation said leaders can’t blame one group like immigrants for the coronavirus.

"In the Jewish community we are all too familiar with this dangerous trope," Tasse said. "Immigrants are the blood of our communities. Rather than deflect and blame, Speaker Vos should applaud the workers that keep our communities running."

Reporters asked Evers to comment on Vos’ statement during a DHS press conference on Thursday. The governor — who was on the May 14 phone call — said he "didn’t listen to the tape," and that he would not get into "a situation where Vos should apologize our not."