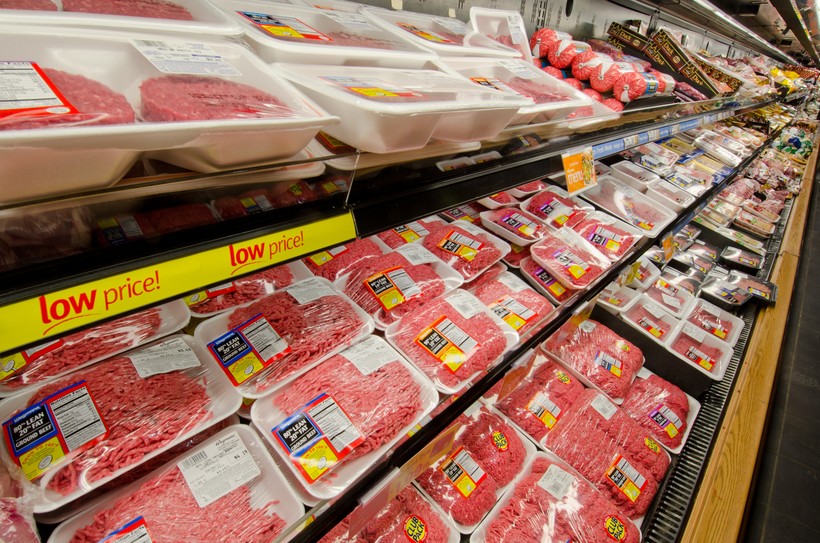 Federal regulators are investigating six sites, including several meatpacking plants in Wisconsin after hundreds of COVID-19 cases have been linked to the facilities.

A spokesperson with the Occupational Safety and Health Administration (OSHA) said late Friday it's investigating the JBS Packerland and American Foods Group facilities in Green Bay, the Smithfield Foods Inc. Patrick Cudahy plant in Cudahy, and the Salms Partners sausage manufacturer in Denmark.

OSHA previously warned plants in Green Bay it would inspect facilities and their use of personal protective equipment, injury and illness records, and other related health issues if they had failed to show they were taking proper precautions by Thursday, according to a letter in response to complaints about JBS Packerland and American Foods.

The number of positive cases in Brown County surged past 600 Friday, and health officials told the Green Bay Press Gazette that roughly half the county's confirmed cases were linked to meatpacking plants. The majority of those cases — 189 — were associated with an outbreak among workers at JBS.

The surge in cases linked to workers at meatpacking plants nationwide is the result of companies who failed to follow federal health guidelines from the Centers for Disease Control and Prevention, said Deborah Berkowitz, worker health and safety program director with the National Employment Law Project.

"What we've seen is that the companies, big companies — Smithfield, JBS, and Tyson — that six weeks ago they did not implement all the recommendations from the CDC about social distancing, about masks, about ability to wash hands repeatedly with soap and water," Berkowitz said.

"This guidance is advisory," she said. "Employers can choose to follow it or not. Really the failure here, in addition I think to the companies, is that the federal Occupational Safety and Health Administration or OSHA, which was created 50 years ago to ensure that employers provide safe conditions for everybody working, that they decided not to make any of the CDC guidance mandatory."

JBS didn't confirm the OSHA investigation, but it said in a statement the company is working hard to provide a safe working environment for employees. The company said it's conducting temperature screenings of all workers, providing face masks and other protective equipment, using physical barriers on production lines and promoting additional cleaning and social distancing.

"In Green Bay, we are partnering with the CDC and local medical officials to test symptomatic employees, which we believe is an effective use of limited testing resources, helps keep the virus out of the facility and allows any potential sick team members to take immediate action to protect personal and community health," said a company spokesperson.

A CDC spokesperson confirmed four of its experts are assisting Brown County health officials as the federal agency investigates the impact of the virus among employees at meatpacking plants and risks to surrounding communities. They're also offering technical assistance on workplace safety.

A spokesperson for Smithfield Foods also did not confirm an investigation at its Cudahy plant where operations have shut down temporarily. The company directed questions about its response to the company's website.

A call to American Foods was not immediately returned late Friday.

Milwaukee-based Voces de la Frontera filed complaints with OSHA about JBS and American Foods. On Friday, the group said the companies should take appropriate steps to protect its workers.

"It can easily spread from the workplace to the entire community. That's why we think COVID-19 is having a surge in the Green Bay community," said a Voces spokesperson.

Wisconsin has at least five meatpacking plants where workers have tested positive for COVID-19, according to the Midwest Center for Investigative Reporting. The sites are operated by Smithfield Foods, JBS, American Foods and Salm Partners.