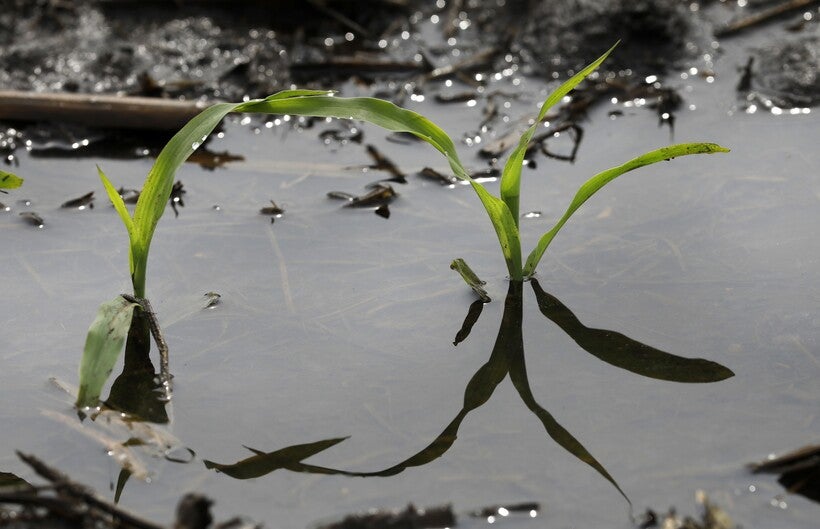 Wisconsin Corn, Soybean Crops Harvested At One Of the Slowest Paces On Record In 2019

Wisconsin farmers faced one of the slowest harvest years on record, according to new data from the U.S. Department of Agriculture.

The USDA’s Wisconsin field office released the annual Crop Progress Review for 2019. Both corn and soybean harvests were three weeks behind the five-year average, coming in as the second slowest harvest pace in the past 40 years of records.

Joe Lauer, agronomy professor at the University of Wisconsin-Madison, said this year was just behind the slowest harvest pace in 1992.

"That was also a year that was late planted as well as very cool during the season and that just compounded and delayed things to the end of the season," Lauer said.

The report found wet soils and late snows at the start of the year delayed planting and suppressed pasture growth. Most months of the growing season were 1-3 degrees below normal temperatures, with July and September coming in above normal.

Wisconsin also received 41.75 inches of precipitation through November, making it the wettest year on record.

Looking back to 1992, Lauer said farmers saw tough weather conditions carry into the following year. But he said that doesn’t mean today’s producers should be bracing for a repeat in 2020.

"The thing that we have to remember is that we can't plan for what happened in 2019. We have to really just manage for the average," Lauer said. "There aren’t a lot of management options because we just can't predict what the weather is going to be."

He said some farmers may look into a hybrid crop designed for a shorter growing season.

Dairy farmers and other livestock owners could continue to feel the impacts of the challenging year on the availability of livestock feed.

Greg Bussler, Wisconsin state statistician, said alfalfa fields were the hardest hit in the state, with 60 percent of fields suffering some winter freeze damage early in the year.

"This year was difficult for farmers to get (alfalfa) harvested because of the rain," Bussler said. "It was difficult to get it dry and it was a little bit poorer quality of alfalfa, which is a big feed component for our dairy farmers."

Widespread winterkill also impacted winter wheat fields, impacting the crop quality. Planting for next year was also delayed this fall because of the late soybean harvest and freezing weather in early November.

Many pastures have been in poor condition throughout 2019 because of the wet weather. The report found persistent mud and standing water caused around half of pastures to remain below good condition on average. That could put even more pressure on hay and feed supplies for livestock.

With many farmers preoccupied with the late harvest, tilling of fields in Wisconsin happened at the slowest pace in the last 40 years.

Lauer said that could delay planting in 2020 if farmers try to till fields in the spring. But he said getting away from the practice of fall tillage might not be a bad thing for producers.

"What we’re seeing in our data is that actually tillage is not necessarily a good thing for production. No-till or strip till is actually a much better way to go and that can reduce your costs and also reduce your time needed to do spring operations next year," Lauer said.

He said new technology and bioengineered crops could make it easier for farmers to adapt their management strategies moving forward.