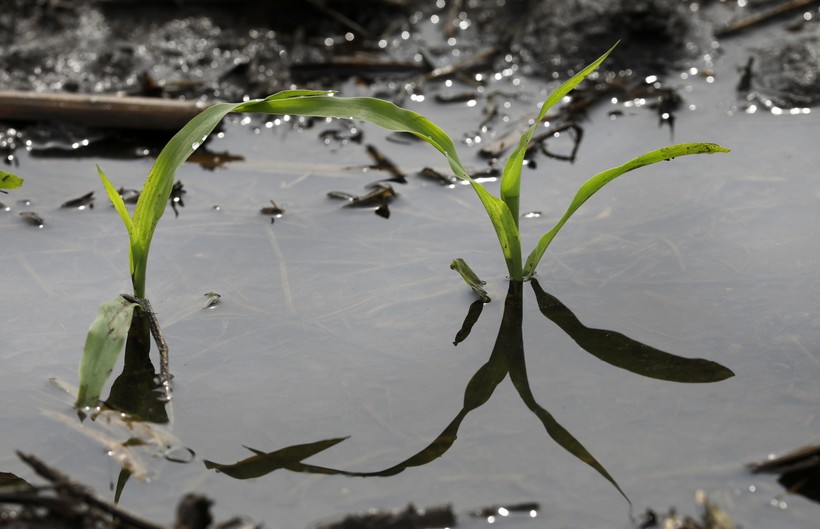 Frequent rain and cooler temperatures are keeping many Wisconsin farmers out of their fields this spring.

The latest crop progress report from the National Agricultural Statistics Service (NASS) shows only 7 percent of the state's corn crop has been planted. That's eight days behind the five-year average.

Greg Bussler, Wisconsin state statistician for NASS, said farmers could make up that time quickly if there's a period of sunny weather.

"With the larger equipment that farmers have today and the changes in technology, they're able to get fields planted a lot quicker than say 10, 15 years ago," Bussler said.

Joe Lauer, an agronomist at the University of Wisconsin-Madison, said more rain this week means farmers will likely have to continue waiting.  He warns planting late can have a big impact on the crop.

"Every day that gets delayed, we take not only a yield hit but also an increase in grain moisture at the end of the season where growers have to use energy to basically dry that corn for storage during the winter," Lauer said.

But Lauer said getting into the field before it dries out can cause more problems, compacting the soil or hurting root growth.

Shawn Conley, a soybean and small grains specialist for UW-Extension, said farmers will likely face some tough decisions about what to plant this year given current trade tensions.

"If corn planting is late enough, (farmers) switch some corn acres to soybean acres. But because the soybean price is so low due to the tariff issues and our issues with China, that's really making that a challenge for farmers to do," Conley said.

Conley said farmers could also be adjusting planting plans based on winter damage to alfalfa and winter wheat. The latest crop report found moderate to severe winter damage in alfalfa fields due to ice and frigid temperatures.

"This delayed spring is going to delay when the first cutting of alfalfa comes off the field too, the alfalfa that did survive," Conley said. "So that’s going to push farmers up against having enough feed available for the dairy operation."

He said alfalfa seed is also expensive, which could be a challenge for some operations facing low commodity prices.