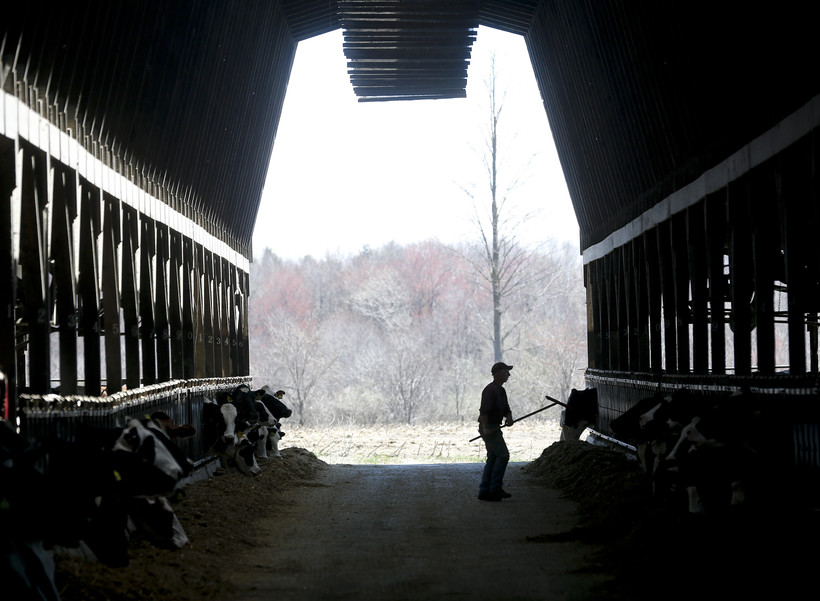 As Wisconsin farmers struggle with a shortage of livestock feed and a delayed planting season, dairy groups in the state are calling on Congress to allow more flexibility under federal crop insurance this year.

Wisconsin and other Midwest states have seen historic delays in corn planting this spring due to continued wet weather. Many farmers missed the planting deadline for their fields to be fully covered by crop insurance, making them eligible for a prevented planting payment for unplanted fields.

Those producers could still plant a cover crop like oats or sorghum on those acres that could be used as feed for livestock. That's an appealing option for many dairy producers, given the current shortage of hay available for livestock across the state.

"We’re subject to an earlier frost sometimes," Stauffacher said. "So there isn't really a big forage value for cover crops harvested after Nov. 1."

That’s why Edge and other farmer groups in Wisconsin are supporting the Feed Emergency Enhancement During Disasters, or FEEDD, Act. It would give the United States secretary of agriculture the ability to move up the date for certain producers to harvest or graze cover crops this year.

Stauffacher said the Nov. 1 rule is meant to keep producers from "double-dipping," by getting a payment and the financial benefit of forage. But he said it's critical that farmers get an exception this year.

"Usually farmers can buy what they weren’t able to grow to account for any shortages. But these wet conditions are so widespread throughout the Midwest, it's looking like there will not be enough forage available," Stauffacher said.

Frigid temperatures across the upper Midwest this winter are also exacerbating the existing shortage. Sixty percent of the alfalfa crop in Wisconsin had winter damage this year, according to a report from the National Agricultural Statistics Service.

"They're not going to be able to pay these high prices for hay and have these low prices for milk," Wozniak said. "There will be a lot of guys selling out because they don’t have enough hay or enough feed to get through the winter. Unless we get something to help us."

He said the savings could also incentivize more farmers to plant a cover crop on fields that would have otherwise sat empty, a practice that reduces soil erosion and can improve soil health.

But Wozniak wonders if lawmakers will act soon enough for farmers to plant a qualifying crop.

"You watch how long it takes them to do a farm bill, to do anything. They fight over everything and nothing gets done," Wozniak said.

The bill was introduced by U.S. Reps. Dusty Johnson, R-South Dakota; and Angie Craig, D-Minnesota, last week and referred to the House Committee on Agriculture.