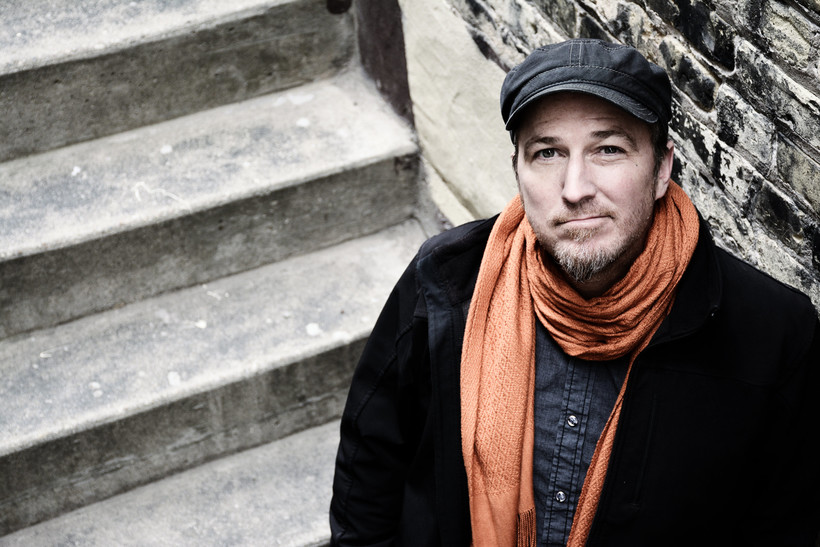 'Oh, These Warm Summer Evenings Are Where We Once And Again Shall All Meet'

Peter Mulvey's 'Knuckleball Suite' Is A Sketch Of Community Past And Future
By Dan Robinson
Share:

"It's a warm summer evening / I can just hear the Knuckleball Suite / the clover hums along / the little rain clouds finding their feet."

That’s how Peter Mulvey starts his musical sketch of the Cafe Carpe in Fort Atkinson, Wisconsin. Titled "The Knuckleball Suite," a live in-studio performance of the song is featured on the "Simply Folk" 40th anniversary CD. Mulvey recorded it while being interviewed by Stephanie Elkins back in January of 2013. You can download the song at the link above.

Mulvey is originally from Wisconsin, and he refers to the Cafe Carpe as his "spiritual home." Bill Camplin and Kitty Welch started the music listening room and restaurant/bar in 1985, and like a lot of musical venues, it’s closed for now because of COVID-19. The cafe’s absence makes the pictures painted by Mulvey’s lyrics all the more poignant, a memory of moments we aren’t able to enjoy right now:

In normal times, Mulvey spends most of his year on the road performing. You can hear that in his husky voice and vivid guitar playing, giving the song a sense of longing for home and the familiar, a longing that many of us may feel during this pandemic, even as we stay put.

For many years at the Carpe, Mulvey has hosted "Lamplighter Sessions," bringing together a small group of performers to share music with each other.

"We do these little song swaps in the middle of the room with the audience sort of surrounding us. It's a lot of fun… It's sort of a nano-festival," Mulvey said. "That's what I've decided it is. It's a festival on the scale of like 50 people in a tiny little folk club."

With so many small music venues struggling now because of pandemic-forced closures, these moments of community between musicians and audiences are even more precious. And while spaces like the Cafe Carpe are important, they are really a means to an end. When Mulvey talked about the song, he commented that it’s "just the whole sort of, you know, the fleeting nature of a place. I mean, it's just an old building is all it is. It's really the people who will come and go. That's the deal."

So, right now, when we can’t gather as we used to, songs like Mulvey's keep alive the moments we have enjoyed and the hope that we will enjoy them again soon.