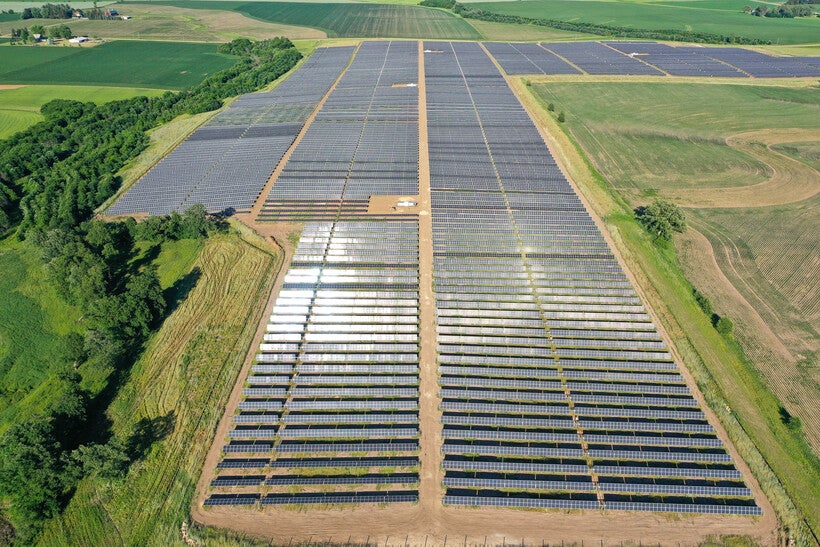 Wisconsin Democratic lawmakers announced Thursday they once again plan to introduce a package of bills aimed at reducing the effects of climate change and supporting the clean energy transition, despite opposition from Republican leaders.

The package of legislation would include specific targets for lowering greenhouse gas emissions to 60 percent of 1990 levels by 2030 and 15 percent of those levels by 2050 to ensure compliance with the Paris Climate Accords.

Larson said tornados that touched down Wednesday and devastating flooding this week in the first natural disaster to close Yellowstone National Park in 30 years highlight the toll of global warming.

"This is a constant reminder from the planet that we have altered the ecosystem to a point where we need to be doing something about it," Larson said. 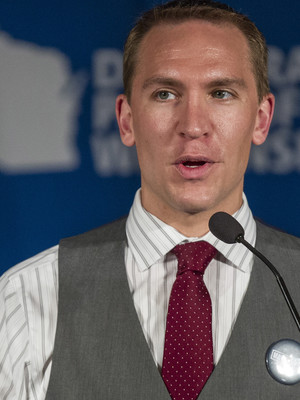 World leaders and hundreds of scientists have urged nations to drastically cut greenhouse gas emissions to ward off the worst effects of climate change. In August, a UN panel on climate change issued a "code red for humanity" and warned temperatures are likely to warm by more than 1.5 degrees Celsius in the next decade. The Paris Agreement signed in 2015 set to limit global warming to that threshold.

The bills would seek to facilitate the transition from fossil fuels to clean, renewable energy sources, as well as identify communities most vulnerable to climate change and a clean energy transition.

"We're going to offer you a framework that talks about housing and making sure that people have renewable sources of energy in housing, that we can lower costs in housing, that we're talking about economic equity," said Omokunde. "As we switch over to…a greener economy and a greener infrastructure, that we're able to make sure that those who are currently employed can have a just transition."

The package would create a fund for reducing the effects of facility closures or job layoffs in industries that rely on fossil fuels. Lawmakers also plan to propose a bill that would create a program that pays companies to hire workers who lose their jobs as the state transitions away from fossil fuels in its energy mix. The state’s plan estimates more than 41,000 jobs could be created by 2030 and more than 195,000 jobs by 2050 under its recommendations.

The package would also create a renewable energy program that would set a minimum goal for the amount of electricity that must be generated by renewable sources, as well as move Wisconsin toward carbon-free electricity by 2040. That moves up the timeline from Gov. Tony Evers' goal for the state to go carbon-neutral by 2050.

Last fall, Democratic Lt. Gov. Mandela Barnes, Rep. Greta Neubauer, D-Racine, and other lawmakers unveiled a package of 22 bills to combat climate change. The proposals were based on recommendations from the Governor’s Task Force on Climate Change. They called for funding programs and policy changes to support energy efficiency, sustainable farming practices, training for clean energy jobs and a just transition to renewable energy.

The package failed to pass after Assembly Speaker Robin Vos, R-Rochester, said Democrats were just "pandering to the very liberal base."

This isn't a serious effort and is nothing more than pandering to the very liberal base of WI Dems. And they wonder why they can't win elections outside of Madison and Milwaukee? https://t.co/ZfhrBhaBzP

The package would revive climate bills from last session that sought to direct more money from utilities to support energy efficiency and renewable energy for low-income households, as well as make it more affordable for customers to pay for energy improvements.

Larson said efforts to combat climate change should have been addressed ages ago.

"Republicans that have gerrymandered themselves into an artificial majority have decided that they would rather give out tax cuts and pursue Foxconn then actually tackle the existential crisis our neighbors demand," he said.

In 2019, Vos said he didn’t know if climate change was real, but said it "probably" is. He also said there was no purpose for Gov. Evers’ climate change task force.

More recently, he and around 40 GOP lawmakers asked the U.S. Environmental Protection Agency to issue a waiver for reformulated gas requirements in southeastern Wisconsin. The fuel is blended gas that burns cleaner and gives off fewer emissions in an area that's been plagued by problems with smog or ozone pollution. Vos contends removing the requirement is the easiest, most inexpensive way to save people money amid soaring gas prices.

The climate package would also seek to develop a community air monitoring program that would work with community leaders to lower emissions in disadvantaged communities experiencing the most harmful effects of air pollution.

"The Democrats' answer to skyrocketing gas prices and the possibility of summer brownouts is to triple down on the 'Green New Deal' disaster that would accelerate the pain on family budgets," said Senate Majority Leader Devin LeMahieu, R-Oostburg, in a statement Thursday. "Millions of Wisconsinites are getting crushed in the real world and Democrats are still in fantasy land."