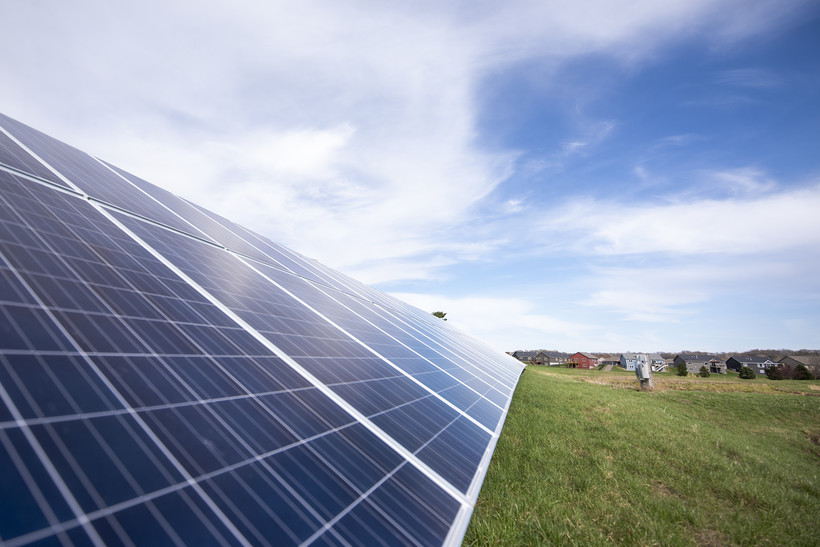 'This is our moment to be bold': Wisconsin Democrats unveil 22 bills to combat climate change

"It's important for Wisconsin to return to its rightful place, to assume the responsibility that we've always had to be good stewards of this land, to promote clean energy, and also to lead the fight against climate change," said Barnes.

Democrats say the legislative package builds on that work as more than 200 nations reached a deal over the weekend to phase down the use of coal. World leaders seek to limit warming to 1.5 degrees Celsius to stave off the worst effects of climate change, but scientists warn that temperatures are likely to cross that level of warming in the next decade.

"We have no time to waste if we want to give young people a fighting chance. We have a crisis on our hands," said Neubauer. "But we also have an opportunity to make life better for each other and for the people who come after us. Instead of importing fossil fuels and undermining our health, we can build things here. We can invest in our people."

Some proposals mirrored items included in Gov. Tony Evers’ budget proposal, including a measure that would increase utility contributions to the Focus on Energy program. The move was anticipated to generate an additional $100 million in funding for the program. Republican lawmakers stripped that and hundreds of other proposals from Evers’ budget earlier this year.

"But the last thing we're going to do is turn around and give up," said Barnes. "The situation is too dire."

The legislative package includes a proposal to create a $10 million annual grant program to support weatherization and energy efficiency in Wisconsin schools. Another proposal would make $1.8 million available to counties to hire county conservation staff to do climate resilience work.

Nick Levendofsky, government relations director for the Wisconsin Farmers Union, said farmers have an opportunity to influence climate readiness through its available land base and farming practices.

"We need to support incentives that help farmers transition to climate smart practices that enhance the soils capacity to sequester excess carbon from the atmosphere and retain rainfall," said Levendofsky. "We need to help our institutions and agribusinesses research, develop and implement regenerative practices. We need to endorse and grow statewide efforts to address climate change."

The package also includes proposals to create new programs like the Wisconsin Climate Corps and Green Jobs Training Program that would be tailored to support climate resilience and the clean energy transition. Other proposals would seek to make renewable energy more affordable and decrease the energy burden on low-income households. And state transportation officials would be required to prioritize public transit and electric vehicle charging infrastructure, as well as bike and pedestrian paths with new highway projects.

Other measures would require the Public Service Commission to consider the social cost of carbon when authorizing new energy projects, and the Wisconsin Department of Natural Resources would be required to conduct racial disparity impact studies as part of environmental permitting for projects in vulnerable communities.

Stephanie Salgado, who works with the Wisconsin Student Climate Action Coalition, said Black and Indigenous communities have long fought for environmental justice as they’ve been disproportionately impacted by air and water pollution.

"We are all subjected to the climate crisis, but the disproportionate effects someone could be experiencing due to their identities, whether they are oppressed or privileged, greatly impacts how systems will operate within our everyday lives," said Salgado.

The package comes as President Joe Biden signed the $1 trillion infrastructure bill Monday, which devotes $47 billion for climate resilience. The money is awarded to help communities prepare for more frequent and intense climate extremes like flooding, fires and droughts that scientists emphasize have been made worse by rising temperatures.