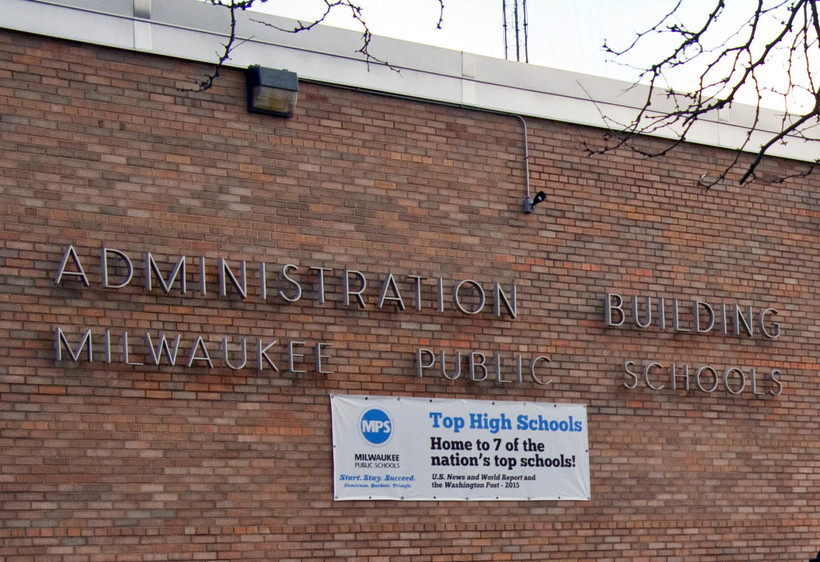 'Likely To Be More Of A Life Raft': Despite Infusion Of Referendum Cash, MPS Looking At Stretched Budget

Spending Plan For Milwaukee Schools Will Get Vote This Week
By Madeline Fox
Share:

School districts across Wisconsin and around the country are bracing for a tougher time balancing their budgets than usual.

State and local tax revenues are already down and likely to get worse, while unexpected costs — hot spots, take-home electronic devices, extra hours and equipment to deep-clean buildings — are on the rise because of the COVID-19 pandemic.

But even without the financial stresses brought on by the coronavirus, some school districts are looking at financial resources that fall short of where they want to be.

In a recent report, the Wisconsin Policy Forum looked at Milwaukee Public Schools’ (MPS) budget for next year, which was proposed by the superintendent last week and will go before the school board for a vote Thursday.

The April election brought good news for MPS. A referendum to bump up how much money the district can pull in through taxes and state aid passed with a resounding 76 percent of voters in favor. It will mean $57 million more in the district’s pocket this year, to be phased up to $87 million over the next several years.

Still, it’s not enough to fund all the priorities MPS has been aiming for.

"This is likely to be more of a life raft than an opportunity to address several longstanding issues and try to bring educational programming up to the level of many wealthier districts," said Wisconsin Policy Forum president and report co-author Rob Henken.

The largest chunk of MPS’s new funding will go toward salaries. The district implemented a new salary schedule last year to incentivize teachers to stick around, and attract new staff.

Larry Miller, MPS School Board president, said finding and keeping good people is at the core of making MPS better.

"It was very clear through the referendum that families and communities wanted a rich curriculum, they wanted mental health care, and a lot of this comes down to, basically, people."

The salary schedule also represents a long-term, growing commitment of funding as teachers get regular increases in pay.

"This is just a growing, ongoing investment — and it’s an important one — but given the structural constraints they’re under and also the uncertainty we’re seeing, at least in the short run, related to COVID, the sustainability of these new investments is a big question," said report co-author Anne Chapman.

The report authors also noted MPS won’t reap many benefits from the state increases in per-pupil spending that were approved in last year’s state budget — It’s $175 per pupil in MPS’ 2020 fiscal year budget, and $179 the following year.

MPS was benefiting from a "hold-harmless" provision that ensured districts would get the same amount of revenue through the per-pupil limit as they were the previous year — it allowed MPS to keep its income steady during the years Wisconsin didn’t allow for per-pupil increases, even as its enrollment declined. With the per-pupil limits going up, MPS loses that hold-harmless provision.

"For many districts, that (increase) will allow additional revenue that can be plugged into staff or programming or whatever they choose to spend it on," said Henken. "For MPS, that actually didn’t result in any real meaningful increase in their ability to secure funds under the state revenue limit, because they had previously been held harmless by a hold-harmless provision when the revenue limits were not being increased."

Henken said that would have meant MPS’s revenue would be flat in the 2021 budget year, were it not for the limit-raising referendum.

The report also noted a looming, worsening challenge facing MPS — the age and inadequacy of many of its buildings. Officials have put the cost of a backlog of infrastructure needs at $180 million.

Miller, the board president, said he’s particularly concerned about the age of some of the district’s buildings, but he’s not sure another referendum — this time focused on capital improvements — is the best route.

"People want to give money to kids, they don’t necessarily see giving money to redesigning buildings, and that sort of stuff," he said.

An alternative solution, he said, would be funding repairs and construction through bonds.

Despite the lingering financial challenges at MPS, and the new problems COVID-19 is likely to bring for MPS and other districts, Miller said he’s optimistic — particularly after the April referendum passed with nearly 80 percent of voters in favor.

"There’s some real, strong hope for improving public education in this city," he said.