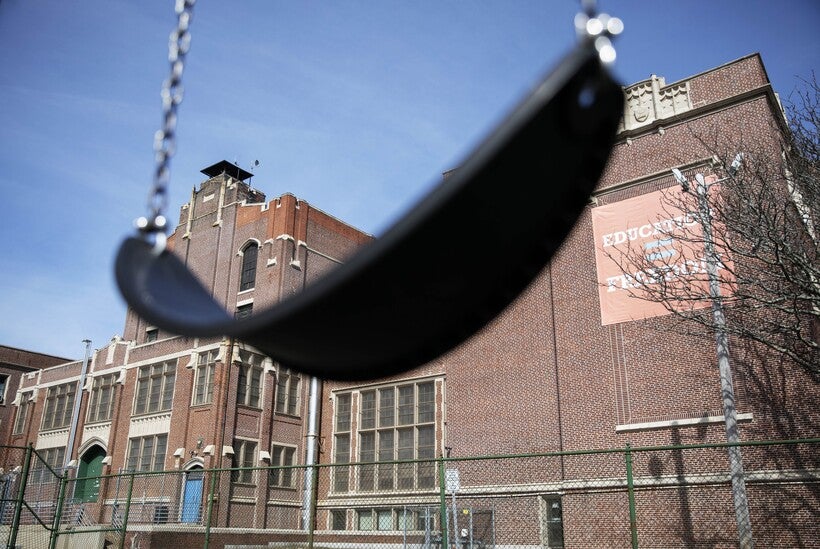 While the fate of funding remains uncertain, COVID-19 is likely to strain Wisconsin school budgets on several fronts.

A report released Wednesday by the Wisconsin Policy Forum outlined the many pressures on state and district budgets, as well as the unanticipated costs of pivoting to distance learning and handling cleaning and staff needs amid a public health crisis.

State revenues are likely to take a hit as many of the usual funding sources — sales taxes, fees, personal and corporate income taxes — drop substantially as people are spending less and earning less. Gov. Tony Evers has put the state’s estimated financial impact at $2 billion, but report author Jason Stein said it’s hard for anyone to gauge losses with so much still unknown.

"So many of those revenue sources are falling, but we haven’t really seen a detailed estimate yet," he said. "It’s really hard for the state to estimate its losses right now."

Public schools make up about a third of the state’s budget, making it a likely target for at least some cuts if that budget shrinks.

Stein said if there are cuts to K-12 education, there are many ways that could go. Lawmakers could reopen the biennial budget and freeze or cut school aids in the second year — an idea Assembly Speaker Robin Vos has backed. If lawmakers make cuts, those could be one-time trims to get Wisconsin through the worst of the crisis, or permanent decisions to lower that funding until lawmakers decide otherwise.

Freezing funds for the second year of the budget is significant, said Wisconsin Association of School Boards' (WASB) government relations director Dan Rossmiller, because the bigger increases were set to come in year two. It’s set to provide a 3.5 percent increase in general aid to school districts from the state, which was intended to offset the fact that Wisconsin is raising the revenue limits for schools. It will also substantially up aid to schools for students with special needs.

"The current school year was the first time since the 2014-15 school year that schools had an opportunity to raise and spend more money locally without having to go to a referendum by using the revenue limit adjustment provided by the Legislature," said Rossmiller.

Rossmiller noted that from the time that revenue limits were put in place in the 1993-94 school year, until 2009-10, the Legislature regularly provided for an annual adjustment in per pupil revenue limits that roughly equated to inflation. That pattern was interrupted because of the 2008 recession, then got more irregular until it ended with the 2014-15 school year. The current state budget, as written, is a big deal, Rossmiller said, because it resumed annual adjustments.

In the meantime, the state is trying to maximize its access to federal money. The federal CARES Act, passed to ease the economic burdens of COVID-19, included an estimated $46.7 million emergency relief fund for Wisconsin K-12 schools, independent charters and institutes of higher education; it also included an estimated $174.8 million relief fund just for the state’s K-12 schools. Wisconsin lawmakers passed a bill that would set the state up to take full advantage of that and other CARES Act federal funding in April.

Still, it’s not clear that will offset school districts’ increased costs and declining revenues. The full scope of the costs, too, are hard to estimate — for example, schools don’t yet know if they’ll have to stagger start times or run emptier school buses in observance of safer social distancing if students come back to classrooms in the fall.

In the meantime, school districts have to make their best guesses with limited information. Schools run on the same fiscal year as the state, meaning they need to set their annual budget in July.

"There is concern on the part of districts because they’re trying to make decisions about, you know, how many teachers do we hire and contract with, and really consequential decisions like that, in a cloud of uncertainty over what is going to happen with their finances over the next year and beyond," said Stein.

Some schools also have more resources that could help them weather these uncertainties than others. The Wisconsin Policy Forum report noted that Wisconsin school districts as a whole have added to their reserve funding over the last several years, from $1.38 billion in money not earmarked for a specific purpose in 2012 to $1.78 billion in 2018.

Different school districts have different amounts of money in reserve — Milwaukee Public Schools, for example, could only cover a tiny fraction of their instructional expenditures with their reserves as projected (before COVID-19) for this year, while neighboring Wauwatosa has enough in reserve to meet about 40 percent of instructional expenditures.

However, even for those districts with a sizable balance, having that kind of surplus on hand is no guarantee that it could be used to offset the costs and losses caused by COVID-19. Some funds might be restricted to only certain uses, while others might not be cash on hand, but assets that would be hard to convert into spending money.

Even if a district could use its reserves to ease financial difficulties, that’s a one-shot deal which might not be enough to cushion the blow of what could be long-term financial hardships for state and local budgets.

Stein notes that it’s possible district's financial woes will have a delayed impact. He pointed to the 2008 recession, when states got federal stimulus dollars that helped ease the financial impact for several years. When those federal dollars ended around 2011, state dollars to Wisconsin schools dropped substantially.

Rossmiller, of the WASB, also recalled a tough 2011, with reduced state-imposed school district revenue limits translating to an approximately $550 decrease in the amount of money per pupil that school districts were allowed to raise and spend.

"The sense I’m getting, from the rumblings I’m hearing in the Capitol, is that we may be able to get through the current fiscal year," said Rossmiller, "but that there will have to be some kind of fiscal reckoning in the next fiscal year."

Editor's note: This story was updated to clarify a quote from Dan Rossmiller. He said the current school year was the first time since the 2014-15 school year that schools had an opportunity to raise and spend more money locally without having to go to a referendum by using the revenue limit adjustment provided by the Legislature.