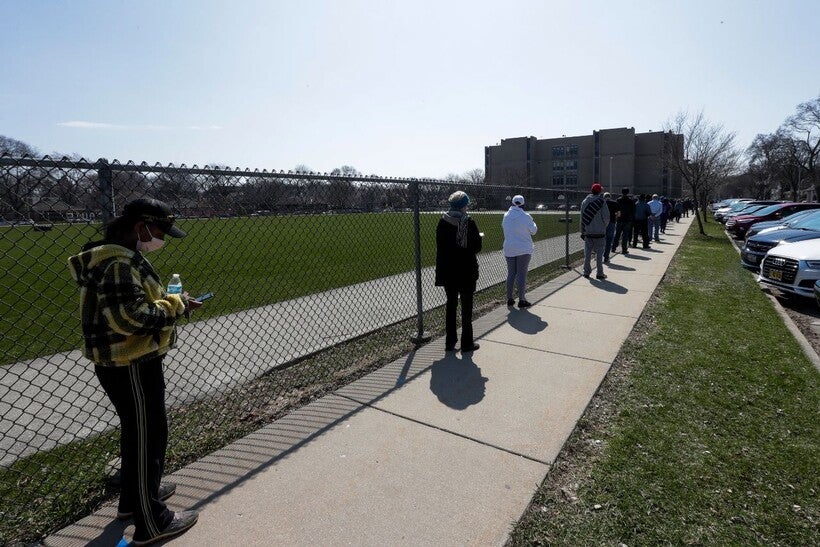 Though Results Are Still Being Finalized, Wisconsin Voters Approve More Than 80 Percent Of School Funding Referendums
By Madeline Fox
Share:

School districts don't have to submit their final results to the state Department of Public Instruction until April 23. But most have already gotten their referendum results, which were overwhelmingly in favor of upping districts' ability to raise taxes — more than 80 percent passed, approving more than $1.7 billion in total.

Voters approved Milwaukee Public Schools' first referendum in more than two decades, for $87 million in funding over three years, by a 76-percent margin.

To the south, the Racine Unified School District passed a $1.3 billion, 30-year referendum by the skin of its teeth — only five more votes in favor than against, out of more than 33,000 ballots cast.

"It's a big number, and I think it gave some people sticker shock," said Racine School Board President Brian O'Connell. "Our reaction is a win is a win, and we're looking forward now to be able to go implement the plan."

Anne Chapman, an analyst at the nonpartisan Wisconsin Policy Forum, said close margins aren’t unusual for school referendums, particularly in smaller school districts, but a five-vote margin is unusual for Racine USD. Its next-closest vote, in 1999, passed with a 69-vote margin.

O'Connell said the school board’s hope with such a large funding request over such a long time was to lock in funding for all its capital improvements early, so it wouldn’t have to return to voters again, "barring disaster," to fund any new construction over that 30-year period.

"There is this cycle now, of school districts having small projects, doing a referendum, and then immediately needing another referendum," he said. "We’re hoping to avoid that."

Racine’s referendum made up the bulk of the more than $1.7 billion approved in Tuesday’s election. In total though, 44 school districts put 57 funding requests to voters, and mostly got the results they were hoping for.

This year trailed record-setting 2018 in total funding approved — voters OK'd $2.2 billion that year — but beat out the $783 million in referendums passed last year.

That goes against the norm for times of economic hardship. In the years following the 2001 and 2008 recessions, there were dips in the rate of approval for school funding referendums, though they bounced back after a couple of years as the economy started to recover.

A more than 80 percent approval rate this year would seem to buck that trend, though Chapman notes that the current coronavirus-caused downturn is an unusual one.

"On the one hand, people are feeling the effects of the recession and may be less likely to want to approve a hike in their taxes," she said. "On the other hand, their kids are home from school, and they’re having a visceral understanding of the importance of education in a way that they’ve never had before, and so they might be more inclined to support a school referendum."