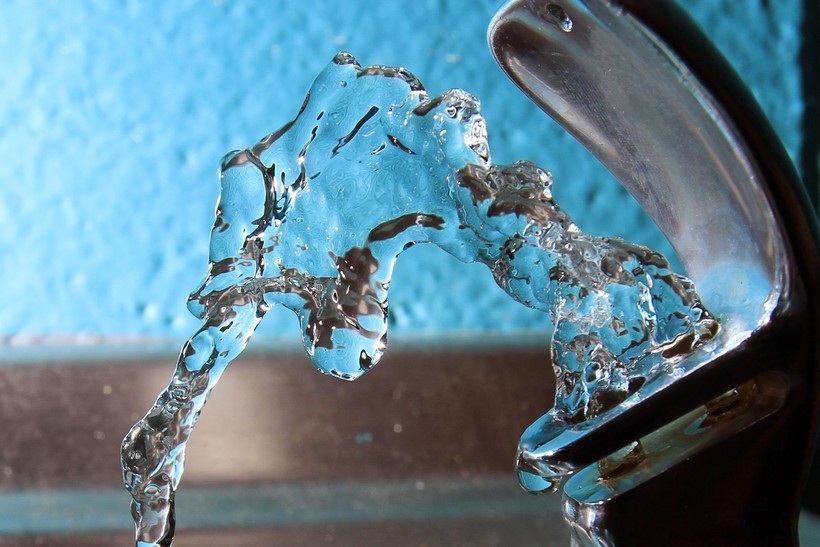 In this Friday Jan. 7, 2011, photo, water flows from a water fountain at the Boys and Girls Club in Concord, N.H. The New Hampshire Senate gave preliminary approval Thursday, Feb. 13, 2020, to several bills meant to address concerns about contamination in the state's drinking water from a class of toxic chemicals known collectively as PFAS. Jim Cole/AP Photo

The announcement comes as Evers, a Democrat, is squaring off against Republican and Trump-backed businessman Tim Michels in the November general election.

The program provides one-time funding through federal COVID-19 relief under the American Rescue Plan Act. It will target the treatment, replacement or abandonment of polluted private wells. The funding could help address contamination of more than 1,000 additional wells, and it’s based on the state’s well compensation grant program.

"Unfortunately, too many families across our state know firsthand how it feels to turn on the tap and not be able to trust what comes out, and many have had to rely on plastic water bottles for drinking water," Evers said in a statement. "So, I am glad to be making this investment today while getting rid of outdated and burdensome requirements that will help ensure more Wisconsinites clean up their wells and keep their families healthy and safe." 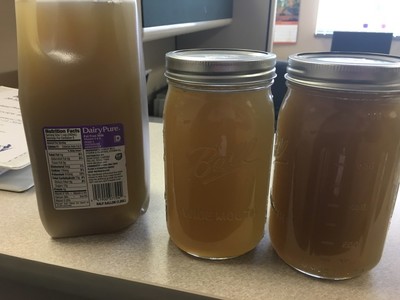 Evers dubbed 2019 the "Year of Clean Drinking Water," and Assembly Speaker Robin Vos, R-Rochester, convened a task force that held meetings throughout the year that produced a bipartisan package of more than a dozen bills. That legislation was introduced in early 2020 to address a variety of issues, including groundwater pollution from manure runoff and contaminated wells.

Many of the bills passed the Assembly with bipartisan support, but they died in the Senate at the onset of the COVID-19 pandemic. Republican lawmakers say all or part of eight of the 13 bills put forth by the task force have been addressed through legislation or the 2021-2023 state budget, which included $2 million more for the state’s well compensation grant program.

Even so, state officials say that program limits who can use it to address contamination, including State Rep. Katrina Shankland, a Democrat from Stevens Point who served as vice chair of the water quality task force. Shankland said she's worked on legislation to improve the existing program for years, accusing the Republican-controlled Legislature of failing to act.

"The current grant program has outdated eligibility requirements, where virtually only a handful of people per year can actually access it," Shankland said.

Some Republican lawmakers say they're pleased to see Evers address well contamination through the program.

"I am happy that the Governor has finally acted on this issue. This is a recommendation that the Speaker's Task Force on Water Quality made two years ago and is an initiative that I support," said Dodgeville Republican Rep. Todd Novak, who chaired the task force, in a statement.

Sen. Rob Cowles, R-Green Bay, who also served on the task force, said the new program does address a significant water challenge for rural areas, adding people with failing systems have been unable to access funds under the existing grant program.

Even so, he noted that Evers vetoed a bill last year that Cowles co-authored with Rep. Joel Kitchens, R-Sturgeon Bay. The legislation would have added $2 million to the state's well compensation grant program, as well as $40 million through federal COVID-19 relief for lead line replacement.

"I wish he could have signed the bill that we put on his desk 16 months ago that did some things and did more on lead, because that was a pretty significant lead remediation," Cowles said.

In his veto message, Evers said he was pleased to see the Legislature include many of the environmental protection and remediation provisions he included in his budget proposal for the current biennium. Even so, the governor said he disagreed with the source of the funding, noting it would limit federal funds necessary for COVID-19 response and recovery.

Cowles also expressed reservations that changes under the new program may violate state law. State statutes guiding administration of the well compensation grant program outline that the DNR may only make an award if the private water supply contains nitrates in excess of 40 parts per million.

“I suspect that someone's going to come in and challenge this in court because he's changing statutes, which typically, that's our job,” said Cowles, noting he sought to remove that requirement under the program through recent legislation.

More than 9,500 new or replacement wells were built statewide in 2020, according to a 2021 report from the Wisconsin Groundwater Coordinating Council.

Nitrates are the state’s most widespread contaminant and have been associated with birth defects, thyroid disease and colon cancer. Research has shown around 10 percent of the state’s 800,000 private wells that provide drinking water to around 40 percent of the state’s residents exceed federal health standards for nitrates. More than 11,000 public water systems rely on groundwater statewide.

Around 90 percent of nitrogen in groundwater can be traced back to agriculture. Around 17 percent of private water supply wells have tested positive for coliform bacteria, an indicator of diseases that may be present.

In the last several years, emerging contaminants known as PFAS, or perfluoroalkyl and polyfluoroalkyl substances, have also been found at elevated levels in both public and private wells. PFAS are a class of thousands of chemicals that don’t break down easily in the environment. Research has shown links to serious health effects that include increased risk of kidney and testicular cancers, thyroid disease and fertility issues.

State regulators are investigating more than 100 sites for PFAS contamination across Wisconsin, including in the towns of Peshtigo and Campbell. Residents there have been forced to rely on bottled water due to pollution of private wells stemming from use of the chemicals in firefighting foam. The number of polluted sites is likely to grow as the Wisconsin Department of Natural Resources conducts more testing of public and private water supplies.

State officials plan to release more information this fall on how individuals may apply for funding through the program, which will be administered by the DNR.