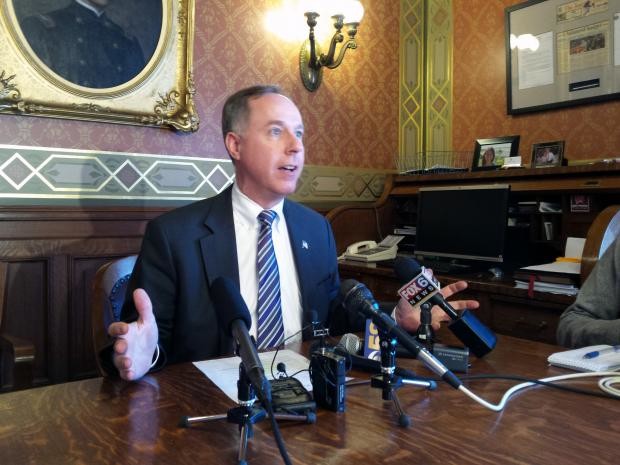 A survey of 301 private wells in Iowa, Grant and Lafayette counties found 42 percent exceeded federal standards for bacteria or nitrate, a compound linked to health problems.

The survey was conducted in November as part of a two-year study by the three counties, the Wisconsin Geological and Natural History Survey, the U.S. Department of Agriculture and the U.S. Geological Survey.

"We need to study the whole state, realizing that every region is different, so when these (well) tests come back over time, we have something in place on how to address everything," Novak said.

Ken Bradbury, state geologist and a principal investigator on the well study, said he appreciates lawmakers are paying attention to the issue. But he said researchers don't have enough data to support policy changes.

"We don't have all of the answers yet and we will be developing more information as time goes on. So let's let the data play out before drawing any great conclusions from this," Bradbury said.

Bradbury said another round of well tests will take place this spring. Researchers will then determine possible causes of the contamination.

Novak said he understands the research in southwestern Wisconsin is in a preliminary stage. He said he hopes the task force will offer a proactive response when contamination problems are confirmed.

Vos said in a statement that he plans to announce the task force's members in "the coming weeks."