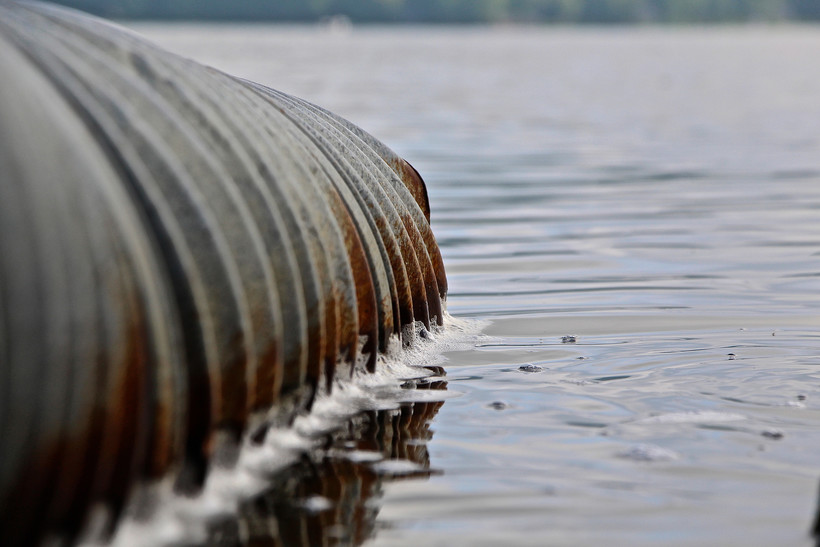 Lawmakers Unveil $10M Plan To Clean Up Water In Wisconsin

A bipartisan group of lawmakers rolled out more than a dozen new bills Wednesday aimed at improving and promoting water quality in Wisconsin.

The lawmakers have worked together for about a year on a water quality task force, which held 14 hearings across the state. The 13 proposals, which will cost a total of roughly $10 million, are the result of hearing testimony from experts, administration officials and Wisconsin residents.

The plans come as water quality concerns continue to plague the state, from so-called "forever chemical" contamination in wells to groundwater pollution caused by livestock manure and wells contaminated with human and animal waste.

The chair of the task force, Rep. Todd Novak, R-Dodgeville, told reporters at a Capitol press conference Wednesday the group’s proposals are a first step toward tackling a complex issue that looks different in different parts of the state.

"Our geography is very variable and diverse, because of this our approach to water quality must be as well," Novak said. "What works in one region may not work as well in another."

Novak noted the problem of water quality in Wisconsin "has been decades in the making and will not be fixed overnight."

One of the proposals from the task force would create a new Office of Water Policy within the Wisconsin Geological and Natural History Survey, a part of the University of Wisconsin-Extension. The office would be tasked with "coordinating efforts to manage, conserve, protect, and enhance the productivity of the state’s water resources," according to the task force’s official report.

Rep. Katrina Shankland, D-Stevens Point, who served as vice-chair on the task force, has championed that program in the past.

"No one should have to use bottled water as they brush their teeth or make their coffee, but this is a sad reality for people in Wisconsin," Shankland said at the press conference.

Other bills in the package would:

The measures have a short time to make their way through the legislative process if they are to become law this year. Lawmakers are expected to end the current legislative session and leave Madison for the year by early spring.

"Like the task force, our efforts to improve water quality will only be successful through collaboration and cooperation without politics getting in the way," Vos said in a prepared statement.

Senate Majority Leader Scott Fitzgerald, R-Juneau, did not immediately respond to a request for comment about his opinion of the measures or their prospects in the state Senate.

Gov. Tony Evers released his own report on water quality Wednesday morning. The report, completed by the state Department of Natural Resources at the governor’s request, outlines state accomplishments in 2019 related to clean drinking water, as well as plans moving forward. The governor proclaimed 2019 the "Year of Clean Drinking Water" in Wisconsin.

"My administration is continuing to connect the dots to address the challenges of getting safe drinking water to all Wisconsinites. But we are going to need to take more action in the future to achieve our goals and that will take bold legislative action," the governor said. "This report and the previous recommendations to the Speaker’s Water Quality Task Force provide a good road map for the tough work ahead."

Novak and Shankland said they were unaware of the governor’s report, but are optimistic about working with him.

"I think our mutual goal is to get bills that support clean water initiatives for the people of Wisconsin," Shankland said, noting she and Novak met with Evers about the issue earlier in the week.

"He was very supportive of what we’re trying to do," Novak said.

The proposals from the water quality task force will begin circulation for co-sponsorship among lawmakers Wednesday afternoon.