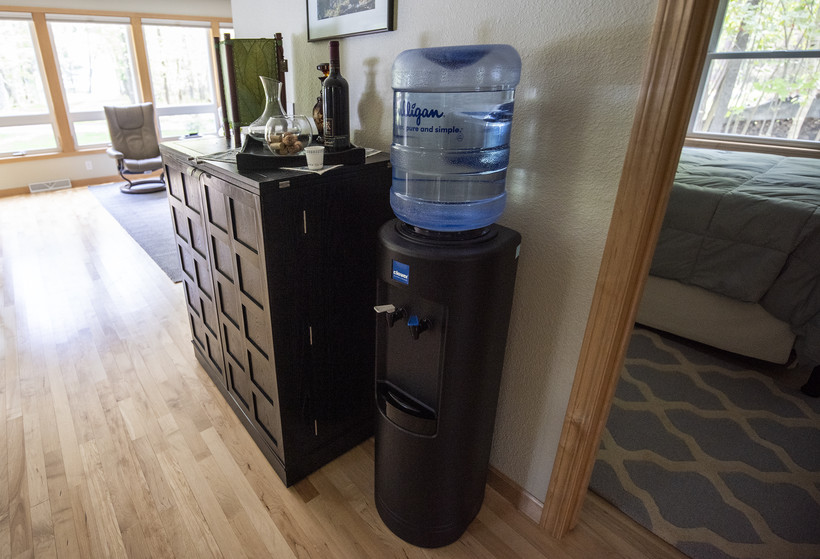 A growing number of counties are asking voters whether the state should establish a right to clean water.

Bayfield County is the latest to approve putting a clean water referendum before voters during the November general election after supervisors approved a resolution on Tuesday.

Adams, Green, Juneau and Outagamie counties will also put the question before voters this fall. The question on the ballot asks, "Should the State of Wisconsin establish a right to clean water to protect human health, the environment, and the diverse cultural and natural heritage of Wisconsin?"

The nonbinding advisory referendum is part of the Clean Water Now movement, which was launched by the River Alliance of Wisconsin.

"I hope that it gathers steam and sends a strong message that the counties and the citizens of Wisconsin just respect and honor their water," said Jeff Silbert, a Bayfield County board supervisor.

Gov. Tony Evers dubbed 2019 the "Year of Clean Drinking Water," and Assembly Speaker Robin Vos, R-Rochester, convened a task force that held meetings throughout the year that produced a bipartisan package of more than a dozen bills. That legislation was introduced in early 2020 to address a variety of issues, including groundwater pollution from manure runoff and contaminated wells.

Many of the bills passed the Assembly with bipartisan support, but they died in the Senate at the onset of the COVID-19 pandemic.

Bridgwater said there hasn’t been meaningful action taken by the Republican-controlled Legislature to move those proposals forward or address water quality issues.

"We're just trying to get everybody on the same page that water needs to be taken more seriously and treated as such at all levels, but especially when we know we have legislation that could be moved forward to help address this issue," said Bridgwater.

Dodgeville Republican Rep. Todd Novak, who chaired the task force, said lawmakers did advance multiple proposals from that package through the 2021-23 budget and stand-alone bills. Those proposals include funding for collection and disposal of firefighting foam that contains forever chemicals known as PFAS. The budget also increased funding for county conservation staff and the well compensation grant program. Lawmakers also passed a bill to create a nitrogen optimization pilot program in April.

Novak said the water referendum questions are a great idea because they keep water quality issues top of mind.

"It's not like everything died," said Novak. "We are bringing it back, keeping the momentum going."

Novak said he and other lawmakers are already moving forward on a road map to address other water quality issues, including Stevens Point Democratic Rep. Katrina Shankland, who served as vice chair of the task force.

Sen. Rob Cowles, R- Green Bay, also served on the task force. He said the Legislature addressed part or all of 8 of 13 bills put forth by the task force through the budget or legislation, including more positions to review private septic systems and funding for the Freshwater Collaborative. He added that work to address water quality challenges will span multiple years.

"It's going to take years and years of work," said Cowles. "But, you have to have financial incentives behind these things, or some of these things just won't happen."

Cowles said more progress needs to be made on contaminated wells, polluted runoff and PFAS. Novak said he hopes lawmakers can use the nearly $4 billion budget surplus to expand work on water quality challenges. Although, he said it’s unclear what may be accomplished through the budget in the midst of record inflation.

"I firmly believe the PFAS need to be addressed, so that's going to have to be a piece of this puzzle too as we go into the next session," said Novak.

Eau Claire and La Crosse are among cities that have been addressing PFAS contamination of public and private wells. PFAS, or perfluoroalkyl and polyfluoroalkyl substances, are a class of thousands of chemicals that don’t break down easily in the environment. Research has shown links to serious health effects that include increased risk of kidney and testicular cancers, thyroid disease and fertility issues.

"We have about half of our (city) wells that are not being able to be used right now, so it's right in our backyard. We're really worried about this," said Eau Claire County Board Supervisor Nancy Coffey. "We want to get it cleaned up. And, then, how do we clean it up? And how much is it going to cost for our county to clean it up or our city to clean it up? Those are big questions that we need help with."

State regulators are investigating more than 100 sites for PFAS contamination across Wisconsin. The number of polluted sites is likely to grow as the Wisconsin Department of Natural Resources conducts more testing of public and private water supplies. In June, the U.S. Environmental Protection Agency also issued new health advisory levels for the chemicals that are thousands of times lower than state PFAS standards passed by the Natural Resources Board.

The DNR’s policy-making board failed to set groundwater standards for the chemicals for roughly one-third of Wisconsin residents who rely on private wells that draw from groundwater. Environmental and health groups have petitioned the DNR to once again pursue PFAS standards in groundwater.