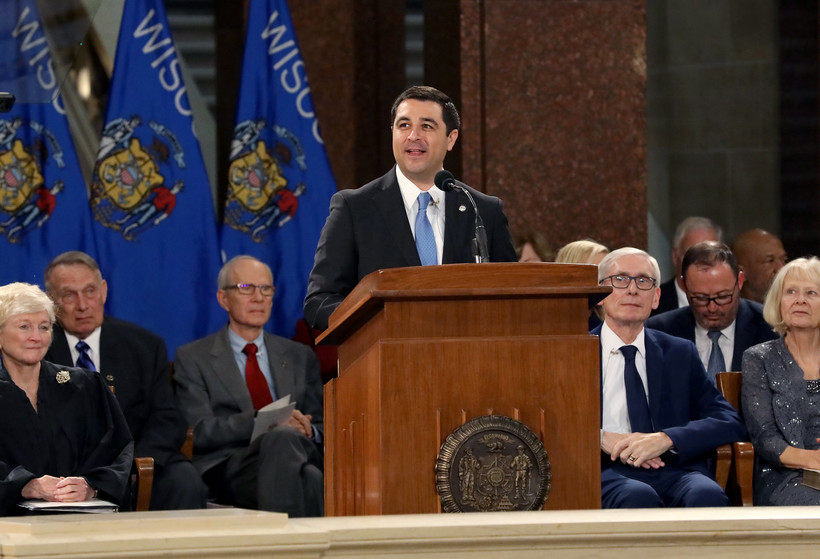 State Attorney General Josh Kaul renewed his push Wednesday for the $115 million Safer Wisconsin legislative package. The call comes even as the Legislature has largely finished its work for the year.

Kaul, who's up for reelection in November, accused Republicans who control the Legislature of standing in the way of getting resources to communities.

"We can't stop now," Kaul said. "It is April — it's going to be more than a year before the next state budget passes. We need to get resources to public safety professionals."

Republicans introduced their own plan at the start of the year that they said would help recruit and retain law enforcement. That bill passed the Assembly, but didn't make it through the Senate.

The two plans also differ in their funding sources. The Democrat's plan would use part of the state's surplus. The Republican plan proposed using federal stimulus funds, which Gov. Tony Evers has discretion over.

Evers announced last month $56 million of the federal money would go toward grants for police departments, the State Public Defender and the State Crime Lab, among others. Evers and Kaul announced in October that $45 million of stimulus funds would support victim services and violence prevention.

That funding comes as Wisconsin has reckoned with spikes in homicides throughout the state, particularly in Milwaukee.

Major pillars of the Safer Wisconsin plan include:

$20 million is proposed for community policing, and another $10 million is designated toward crime victim services.

Democratic Party senators and representatives also voiced their support for the legislation.

"It is an opportunity to end cycles of violence, to bring peace to our neighborhoods, our cities and to the state of Wisconsin," Stubbs said.

Stubbs noted how Madison saw its first homicide of the year just weeks ago. She said she knew the family of the victim.

"Day after day, our community lose mothers, they lose fathers, they lose daughters, and they lose grandchildren to the epidemic, yes, of gun violence," Stubbs said. "These shootings are not just statistics. They are lives that are being lost. They are families that would forever be changed. They are communities that may never heal, but it does not have to be this way."

"We must prioritize investing in community safety," Agard said. "That's why we are here. We care about this deeply, and we know that the current systems are not working to benefit all of our friends and neighbors across the state of Wisconsin."

Agard said public safety isn't a partisan issue, but proposals such as background checks have received resistance from Republicans.

"What I am hearing from people all across the state of Wisconsin is we have real problems to solve," Agard said. "We know that doing nothing is causing more harm."