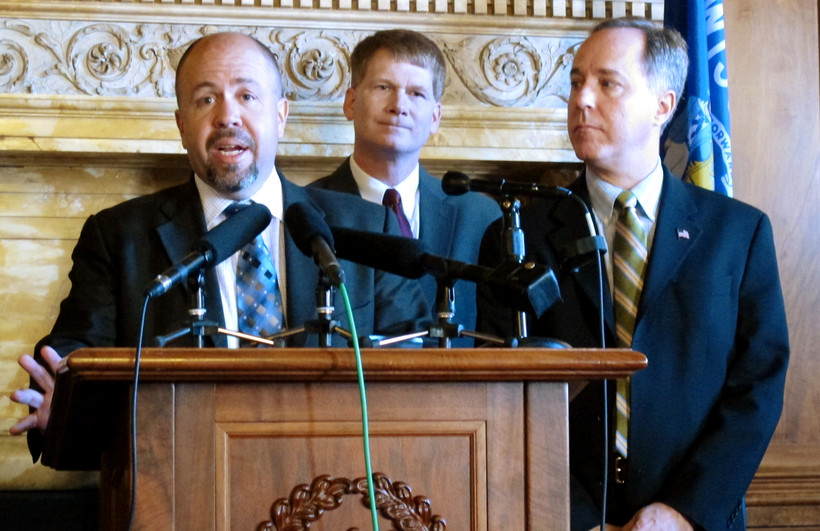 The Wisconsin Assembly's majority leader said Monday it's likely the state will eventually legalize marijuana, but the Legislature is trying to find the right way to handle it.

Rep. Jim Steineke, R-Kaukauna, said with more states across the country moving to legalize marijuana, Wisconsin may follow their lead "at some point."

"Recreational marijuana, I think, has a much tougher path to get through the Legislature and eventually signed into law, but I do think we're heading in that direction," Steineke said during a Monday appearance on Wisconsin Public Radio's "The Morning Show."

Steineke said while he's always supported medical marijuana use, the challenge for the Legislature is "trying to write language that's tight enough to just keep it to the medicinal purposes."

"I think that's the biggest concern amongst lawmakers and law enforcement in general, that it doesn't, you know, a medicinal marijuana bill doesn't become a de facto recreational marijuana bill," Steineke said.

Multiple attempts to make medical and recreational marijuana legal in Wisconsin have stalled. Senate Majority Leader Devin LeMahieu, R-Oostburg, has argued states should not legalize medical marijuana before the federal government does. Meanwhile, neighboring states Michigan and Illinois have decriminalized and legalized marijuana.

"A vast majority of our members understand what happened in the 2020 election," Steineke said.

Steineke said he disagrees with that part of the report. Nonpartisan attorneys for the state Legislature also say invalidating the election would be impossible.

"Even if it were possible — which it isn't — I think it's dangerous to put politicians in charge of deciding elections," Steineke said. "There's nobody more self-interested in elections than politicians are."

Some Republicans have also called for abolishing the Wisconsin Elections Commission, but Steineke said placing a partisan individual in charge of determining the validity of an election would be a bad idea.

He said time should instead be spent focusing on making other changes in how elections are run. He pointed to a review from the nonpartisan Legislative Audit Bureau which recommended changes to the state's election policies. That review found no evidence of widespread fraud in Wisconsin in 2020, but reported some instances of the Elections Commission not following state laws.

"I don't believe any of these issues would have resulted in the election results being different," Steineke said. "But perception in many cases is reality to people, and without that confidence that the law is being followed, that leads to some of these questions that people have surrounding the election results."

Critics of some reforms Republicans are pushing say the changes, such as having to apply for absentee ballots for each election individually, would lead to more obstacles in the voting process. Steineke pushed back against that characterization.

"It's not about making voting harder," Steineke said. "It's about making people follow the law when they are voting."

Gov. Tony Evers is likely to veto most of the election proposals that reach his desk. He's said in the past the system in place works.