Republican Assembly Majority Leader Jim Steineke rejected the call, saying it would 'be the end of our republic as we know it'
By Shawn Johnson
Share:

The special counsel hired by Wisconsin Republicans to investigate the 2020 presidential election told lawmakers Tuesday that they "ought to take a very hard look" at decertifying the election, a move that has been widely dismissed as legally impossible.

The suggestions to lawmakers come a week after the state Assembly held what Speaker Robin Vos, R-Rochester, said was likely the final session day of the year. Vos, who hired Gableman last year, had also billed these recommendations as Gableman’s final report.

But Gableman, who acknowledged some uncertainty over his own contract with the Legislature, vowed that his investigation would continue.

"This will not end today," Gableman said at the start of the hearing. "This is an important topic, and there’s a lot of work to do. And I will be back."

Gableman’s assertion that the Legislature should — or even could — decertify the presidential election has next to no support, either in the judicial system where he once served, or among lawmakers from either party in the Wisconsin Legislature.

When state Rep. Tim Ramthun, R-Campbellsport, introduced a resolution calling for decertification, not a single lawmaker joined him, and repeated efforts by former President Donald Trump and his allies to decertify the 2020 election in state and federal court went nowhere. The Legislature’s nonpartisan attorneys have also said such a move would be impossible.

One of the most outspoken critics of the idea, Assembly Majority Leader Jim Steineke, R-Kaukauna, issued a statement on Twitter that did not name Gableman but alluded to his suggestions. Steineke said he would do everything in his power to prevent putting "politicians in charge of who wins and loses elections."

Gov. Tony Evers issued his own statement saying the Gableman investigation had never been serious or functioning, and was a waste of taxpayer dollars.

"This circus has long surpassed being a mere embarrassment for our state," Evers said. "Republicans in the Legislature have always had the ability to end this effort, and I call on them to do so today."

The special counsel’s contract with the Assembly, signed by Gableman and Vos, ran through the end of December, although Vos has since said he verbally extended the agreement.

Asked Tuesday whether he was currently under contract, Gableman called it a "good and complicated question."

"I believe that I do have a continuing contract through the rendering of services. Others take the position that my authority ran out at the end of December of '21," Gableman said. "I will tell you that I am in good faith, substantial discussions with the Speaker of the Assembly, who has indicated that it is his desire to extend the contract."

A spokesperson for Vos did not respond to question about whether Vos still considered Gableman under contract or planned to extend the contract. Vos issued a statement thanking Gableman and saying the investigation would continue as Gableman fights multiple lawsuits challenging his subpoena power.

"Unfortunately, we’re experiencing obstruction by ligation, and must first get through the nine separate lawsuits that have been filed to allow us to complete the review," Vos said. 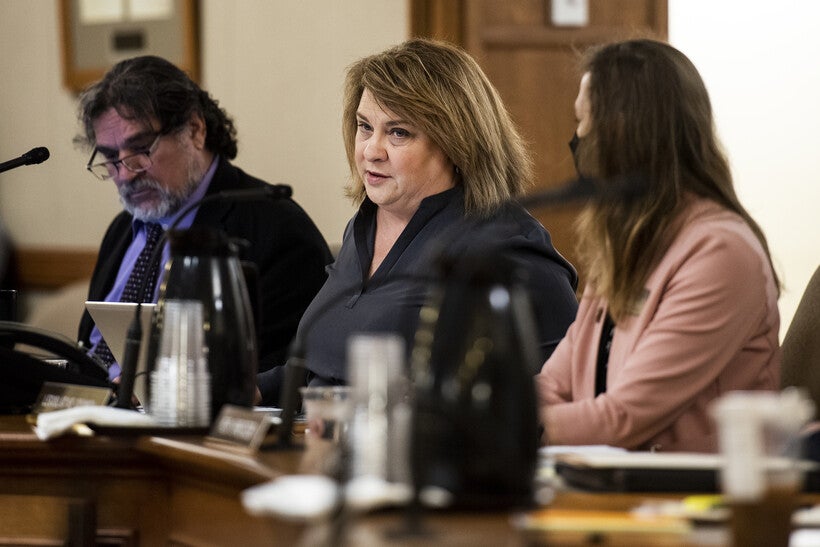 Gableman said the reason lawmakers should consider decertification is that his report makes several allegations that the 2020 election was conducted unlawfully.

"I raise it as a possibility and suggest that if such an avenue were to be pursued, I believe that the conclusions in this report would support such a process," Gableman said.

Much of Gableman’s report focuses on millions of dollars in private election grants from The Center for Tech and Civic Life, an organization funded by Facebook founder Mark Zuckerberg.

Gableman argues that because the bulk of the funding went to Green Bay, Kenosha, Madison, Milwaukee and Racine, the state’s five largest cities, it amounted to "election bribery" because it was used to boost Democratic turnout.

"They like to call themselves the 'Wisconsin 5,'" Gableman told lawmakers. "'Wisconsin 5' to me is a term of respect. I want to be accurate. These were the 'Zuckerberg 5' cities."

Gableman’s "election bribery" argument is not new, and was first rejected in October of 2020 by U.S. District Judge William Griesbach, who ruled that nothing in state law prohibited the election grants. Republican lawmakers have since tried unsuccessfully to change state law to ban them.

Gableman’s report also alleges that the Centers for Tech and Civic Life grant funding is illegal because it was used to boost turnout among Black voters in Milwaukee.

"Why did it focus on African Americans?" Gableman asked. "Because…Black Americans have a strong preference for the Democratic Party."

Gableman’s report also criticizes the Wisconsin Elections Commission at length for actions he said violated state law, most of which have already been raised and many of which are already being challenged in court.

He focused on the commission’s decision in March 2020 that special voting deputies, people deputized by the county clerk to administer absentee voting in nursing homes and qualified care facilities, would not be able to enter those facilities because of COVID-19 concerns.

During Gableman’s presentation, he showed video of nursing home residents who voted in 2020 being interviewed by Republican attorney Erick Kaardal, who has filed several unsuccessful lawsuits seeking to overturn the election. Kaardal asked some of the residents to choose between hypothetical candidates based on policy positions like whether they supported tax cuts. The residents in the video were often confused.

"They are but representative of the approximately 92,000 residents of continuing care facilities we have in this state," Gableman said.

Wisconsin Elections Commission Chair Ann Jacbos, a Democrat, tweeted during the presentation that the interviews of residents were irrelevant to whether they have a right to vote.

"People in nursing homes are not required to complete push-polls," Jacobs said. "You are allowed to vote for a candidate for any reason you choose."

Gableman told lawmakers the Wisconsin Elections Commission should be eliminated, and Elections Administrator Meagan Wolfe should be dismissed.

"The Wisconsin Elections Commission, unfortunately, at best, is hopefully incompetent," he said.

The Elections Commission issued a statement saying Gableman’s report was fixated on issues that had already been addressed.

"Special Counsel Gableman’s report is based upon mischaracterizations of Wisconsin election statutes and administration, and therefore, the utility of his report is minimal," read the statement. 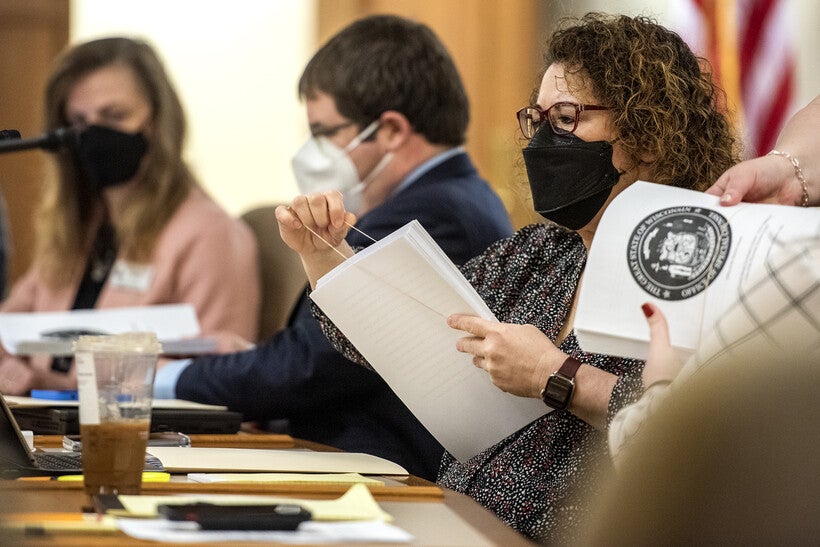