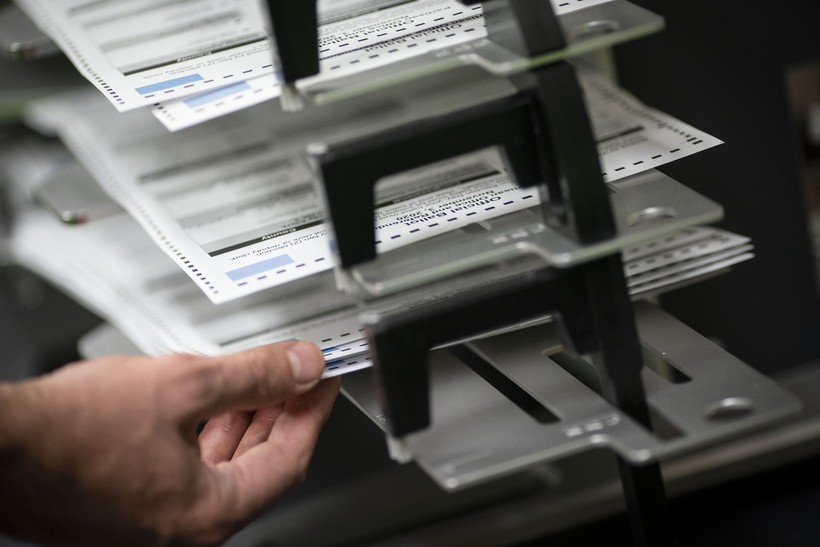 A highly-anticipated nonpartisan report on Wisconsin’s 2020 election has found no widespread voter fraud or wrongdoing, but made dozens of recommendations for updating state policies and state laws related to elections.

The 168-page audit by the state’s nonpartisan Legislative Audit Bureau, initially ordered by the GOP-controlled Legislature in February, was released Friday morning. It found the Wisconsin Elections Commission didn’t follow some state laws in 2020, including things like failing to get electronic voter registration signatures from transportation officials, but that there weren’t widespread instances of people committing voter fraud or officials’ actions affecting large numbers of votes.

For example, the review flagged only four people who may have voted twice in the election and 11 people whose absentee ballots may have been counted, even though they died before Election Day. There were more than 3.3 million ballots cast in the election in Wisconsin. The review also conducted a hand count of ballots to test some voting machines and found no notable concerns.

Sen. Robert Cowles, R-Green Bay, who chairs the Legislature’s audit committee, said in a tweet Friday that the review "showed us that the election was largely safe and secure."

"The (audit bureau) has been well-respected as a nonpartisan agency by both sides of the aisle & by their colleagues around the US," Cowles said in a subsequent tweet. "It’s my hope that we can now look at election law changes & agency accountability measures in a bipartisan manner based on these nonpartisan recommendations."

Cowles said a public hearing on the review would be forthcoming at the state Capitol.

In a prepared statement, the Wisconsin Elections Commission lauded the review as one that makes clear "that vote totals in the 2020 election were accurate, that no processes were identified that could have changed the outcome, and that no evidence of widespread fraud of any type was discovered." It also acknowledged the report highlights "opportunities to improve election processes and procedures, identifying several administrative issues worthy of review."

"We’re gratified to see the report and to know that it really supports the hard-working and dedicated state and local elections officials across Wisconsin," said Wisconsin Elections Commission administrator Meagan Wolfe.

Those recommendations include the Wisconsin Elections Commission updating its administrative rules related to clerk training and lawmakers introducing a bill that would require local governments to notify the elections commission when there is turnover in a clerk position.

Other proposed changes for state lawmakers to consider introducing include:

In its prepared statement, the Wisconsin Elections Commission noted it wasn't given early access to the audit, as is typical state policy, and argued the report contained a few inaccuracies. It said it will continue its review of the full document in detail to determine its response.

"We’re anxious to use this opportunity to look for ways to improve the administrative functions that are so critical to carrying out elections," Wolfe said.

While Wisconsin Democrats have pushed back on all investigations of the 2020 election in Wisconsin — Republicans in the state have backed several — they have said they have faith in the integrity of the audit bureau’s work.

The audit’s final report comes as another taxpayer-funded investigation of the 2020 election in Wisconsin continues. That Republican-backed investigation, spurred by Assembly Speaker Robin Vos, R-Rochester, has a roughly $700,000 budget and is being led by former conservative state Supreme Court justice Michael Gableman.

Gableman visited Arizona’s controversial election review over the summer, as well as a conference put on by election conspiracy theorist Mike Lindell.

The investigations come after Wisconsin has completed a series of routine state election audits and a presidential recount in the state’s two largest counties. None of those reviews have uncovered widespread fraud or wrongdoing. There have also been numerous Republican-backed lawsuits in the state, all of which have failed to result in findings of wrongdoing by election officials or voters.