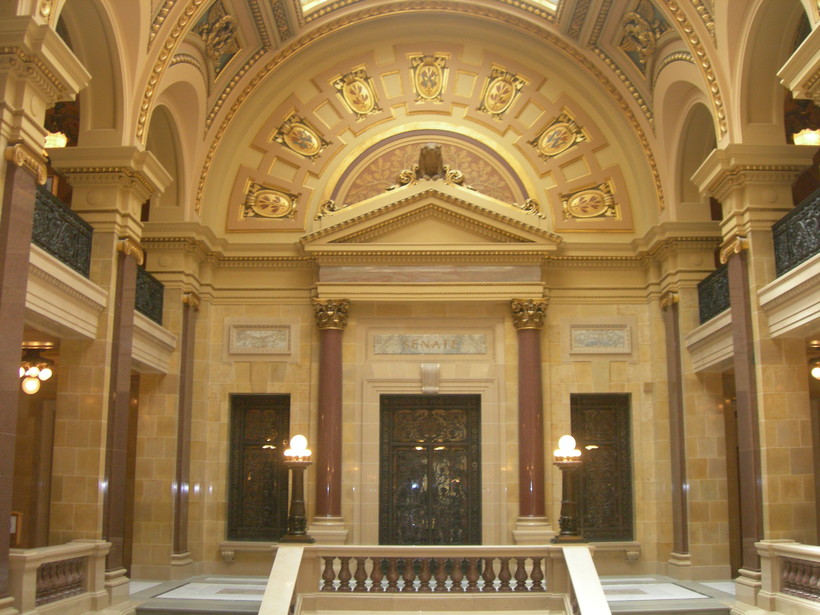 Wisconsin would join the list of states calling for an Article V convention to amend the U.S. Constitution under resolutions up for votes Tuesday in the state Senate.

Assuming Wisconsin's resolutions pass and enough other states join in the call, it would be the first time the process has ever been used since the Constitution was ratified in 1787.

Republican sponsors of the plan say the convention would be used exclusively to add a balanced budget amendment, arguing Congress has failed in its job and states need to step in.

But constitutional law experts say there's nothing keeping an Article V convention from considering other amendments once it's called.

"There are no constitutional limits on what the convention could do, no matter what the states say going into it," said David Schwartz, a University of Wisconsin Law School professor.

Because Wisconsin's resolutions already passed the Assembly earlier this year, Senate passage would make them final.

By some measures, nearly 30 states have already passed resolutions calling for an Article V convention. A total of 34 states, or two-thirds of all states, are needed.

Once that threshold is hit, the states would officially petition Congress to call a convention. Members of that convention could then propose constitutional amendments.

The previous 27 amendments to the constitution were added differently, proposed by a two-thirds vote of the U.S. House and Senate.

Both procedures require ratification by three-quarters of all state legislatures.

Schwarz said an Article V convention would be marked by unknowns.

There's a dispute over how many states have joined the call because several of them passed resolutions decades ago and the language from one state's resolution to another can vary.

Whether or not advocates had hit their threshold is a question that would likely fall to the courts, but Schwartz said there's no precedent in the court system for handling questions like these.

"What it does is it creates a really tremendous and somewhat unlimited potential for political instability," Schwartz said.

When Wisconsin's resolution passed the Assembly earlier this year, GOP lawmakers focused less on the procedural unknowns and more on the goal of restricting government spending.

"If you look at history, at the great empires, it wasn't the sword that brought those empires down, it was the financial burden," state Rep. Dale Kooyenga, R-Brookfield, told his colleagues in June. "One of the greatest threats to our national security is excessive debt."

The resolution passed the Assembly on a 54-41 vote, with seven Republicans joining all Democrats in voting against it.

Republicans have a 20-13 majority in the state Senate, meaning they could only afford to lose the votes of three GOP senators in order to pass the resolutions there.

The proposals are part of a packed calendar for senators Tuesday as they seek to wrap up their business until January.

Senators will also vote on a plan to repeal Wisconsin's sulfide mining moratorium that was signed into law by Republican Gov. Tommy Thompson in 1998.

The moratorium requires companies seeking to mine sulfide ores such as copper, zinc and gold to prove similar Canadian or U.S. mines had operated for 10 years and been closed for 10 years without causing pollution.

Democrats say the moratorium should stay, arguing mining for minerals in rock containing sulfide deposits can be risky because exposure to air and water is known to cause acid drainage, which can pollute nearby waters.

Republicans pushing to repeal the moratorium say technology has made mining safer. They also argue current law is restricting economic growth in Wisconsin.

Children of any age could go hunting in Wisconsin under another bill before the Senate.

Senators are scheduled to debate another plan that would allow farmers to grow industrial hemp under certain conditions.

Under the Republican proposal, Wisconsin farmers could apply for a state permit to grow the crop. The federal government now allows such permits, as long as farmers participate in research programs.

That proposal has yet to clear the Assembly.