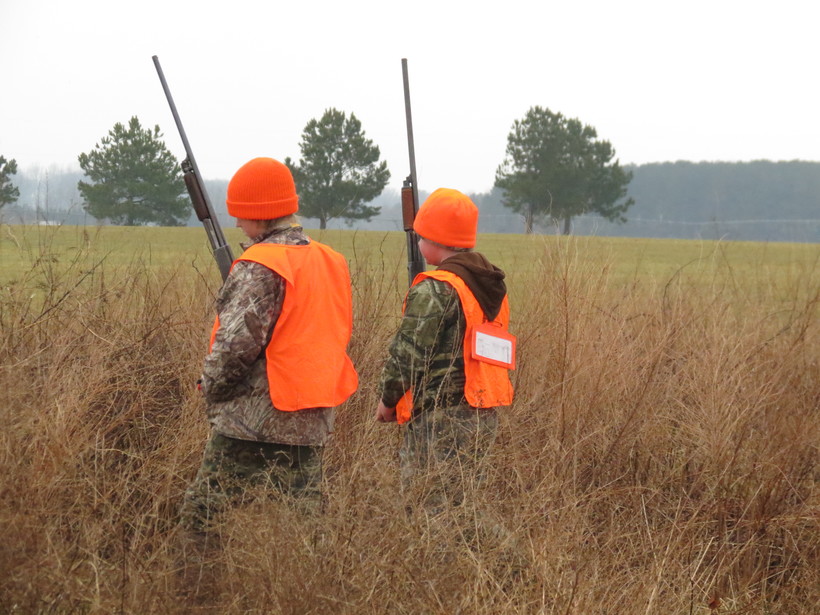 Currently Children Must Be At Least 10 To Go On A Mentored Hunt
By Shawn Johnson
Share:

Children of any age could go hunting in Wisconsin under a bill that passed the state Assembly on Thursday.

Its backers argued that parents -- and not the government -- should decide when children are ready to hunt while critics wondered incredulously why children as young as toddlers should be allowed to carry rifles through the woods.

"I think that line should be drawn by the parents," said state Rep. Rob Stafsholt, R-New Richmond, the measure's sponsor. "If you don't think they're ready under the age of 10, then please don't take them. This gives the choice back to the parent."

"I got a grandson that's 5 years old," said Rep. Gary Hebl, D-Sun Prairie, one of the lawmakers who voted against the bill. "Imagine the scenario. I'm with my grandson and we both are walking around with rifles. That's not the Old West. That's insanity."

Rep. Joel Kleefisch, R-Oconomowoc, a vocal supporter of the bill, said there was nothing keeping children under 10 from shooting guns right now.

"That's already legal, but it's not legal for that seven-year-old to accompany his grandfather in the woods with a .22 (caliber rifle) to shoot a squirrel," Kleefisch said.

Rep. Melissa Sargent, D-Madison, a mother of four boys, said hunting was important to her family, and the hunting mentorship had helped her older sons.

But Sargent said there was a big difference between the maturity of her older children and her 7-year-old, who still carries Legos in his pockets and has trouble tying his shoes.

"(My 12-year-old) is capable of operating a gun with supervision from his dad, his older brothers," Sargent said. "I know that my seven-year-old is not."

The National Rifle Association and several other hunting groups support the plan. The Wisconsin Wildlife Federation doesn't, arguing that the one-firearm restriction in current law is critical to mentored hunting.

Rep. James Edming, R-Glen Flora, defended that change, arguing that a single gun between two people was not enough.

"Imagine yourself out in the woods," Edming said. "You're hunting a bear. You have one gun that the grandson has. The grandson shoots the bear. Doesn't kill it. And the bear comes charging. Now, you've got a real problem because you can't defend yourself or the grandson."

Rep. Adam Jarchow, R-Balsam Lake, said he was excited about this bill, and so were his constituents in northern Wisconsin.

"Many of us started handling guns long, long, long before we were 10 years old," Jarchow said. "I am pretty confident by the time my kids are 7, 8, 9 years old, they're going to be ready. But if they're not, I will know it."

Hebl said the plan would make the woods less safe for adults and children during hunting season.

"Look what's going on in our country," Hebl said. "And look at the direction you're taking on safety. Absolute insanity."

The plan now heads to the state Senate.

Editor's Note: This story was updated at about 8 p.m. on November 2, 2017, with the Assembly's passage of the measure.