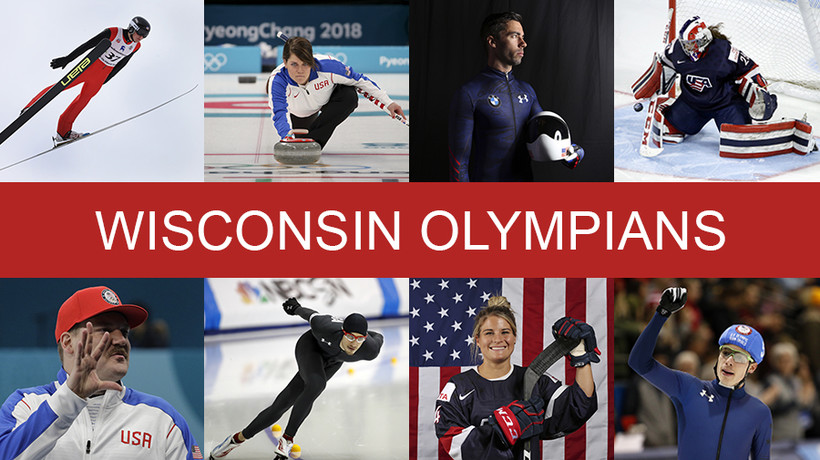 The 2018 Winter Games are underway in Pyeongchang, South Korea, with some of the world's best athletes competing against each other to take home a medal.

As people across the globe tune in to watch or listen to the Olympics, some Wisconsinites may want to keep a closer eye on how athletes from Wisconsin are doing in the Olympic Games. 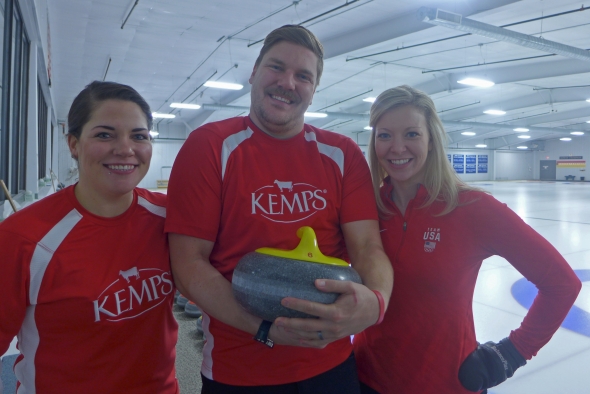 In curling, players take turns lunging down the sheet of ice while pushing a rock that’s 42 pounds. They sweep the ice with a special broom to help glide the rock to a target, known as the house. The team that has rocks closest to the center of the house gets the points.

The USA’s Olympic Curling Team this year is dominated by upper Midwesterners. Most of them come from the Duluth Curling Club, including the men’s team skip John Shuster of Superior. One athlete belongs to the St. Paul Curling Club in Minnesota. There are also three competitors from McFarland who belong to the Madison Curling Club: women’s team skip Nina Roth, women’s lead Becca Hamilton, and men’s second Matt Hamilton.

The Hamilton siblings are also playing together in mixed doubles curling, a sport making its Olympic debut this year. They are the only mixed doubles team for the U.S. In a cold-weather climate like Wisconsin, it’s not surprising that both the 2018 U.S. Olympic Men’s and Women’s Hockey Team have their fair-share of Wisconsin blood from both the players to the coaching staff.

Five of the 23 women playing for Team USA this year have Wisconsin ties. Meghan Duggan, Brianna Decker, Hilary Knight and Alex Rigsby all played for UW-Madison. Amanda Kessel played for the University of Minnesota, but is from Madison. At the Olympic level, there are seven different speed skating races for women and men. The majority are time-trial races with distances ranging from 500 to 10,000 meters.

The newest race to the Olympics this year is the mass start. It squeezes as many as 24 speed skaters on the start-line who then skate 16 laps, accruing points with a combination of sprint times and by crossing the line first, second and third.

Milwaukee also has ties to maintaining the ice speed skaters depend on. Paul Golomski, facility director at Pettit National Ice center, has been asked to maintain the ice in Pyeongchang, the Milwaukee Journal Sentinel reports. In the skeleton, athletes slide down an icy track head first on a sled, reaching speeds of up to 90 miles per hour. Whoever has the fastest time, wins.

Prairie du Chien native Matt Antoine is competing in his second Olympic games, after winning the bronze medal at the 2014 Olympic Games in Sochi. Antoine told WPR, "It looks a bit like a daredevil sport and it certainly has that aspect to it, but I don’t think any of us necessarily think we’re daredevils." Ski jumping isn't for the faint of heart. Ski jumpers ski down what's called an in-run, jump and fly in the air only to land safely on their skis as far down the hill as possible. From start to finish, the jump lasts less than 10 seconds.

Ski jumping is considered to be one of the original Olympic Winter Games sports, but the first time women could compete in ski jumping in the Olympics was the 2014 Winter Games.

This year, 25-year-old Nita Englund from tiny Florence, Wisconsin, will be participating in the games. She is one of three women jumping for the U.S. Ben Loomis of the USA, chases the a pack of skiers in the cross-country skiing portion of the FIS Nordic Combined Continental Cup Saturday, Dec. 12, 2015, in Midway, Utah. George Frey/AP Photo

It’s a delicate balance for the athletes. They have to remain light and have the necessary lower body strength to jump the farthest off a "normal hill" and a "long hill." Meanwhile, they’re using almost every muscle in their body and building up extreme endurance for the 10-kilometer cross-country race.

Eau Claire native and 19 year-old Ben Loomis is competing in the Olympic games.